Home Life Princess Diana would not have been a fan of Meghan Markle: pal Tina Brown
Life

Princess Diana would not have been a fan of Meghan Markle: pal Tina Brown 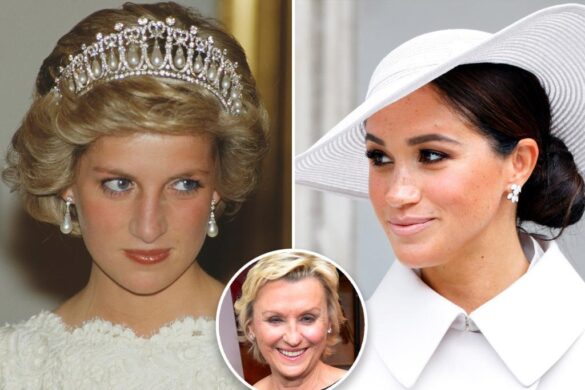 Princess Diana would not have been a big fan of daughter-in-law Meghan Markle, according to legendary magazine editor Tina Brown.

Brown — who was a high-powered pal of the Princess — made the sensational claim in an interview with The Daily Beast on Thursday, declaring: “Diana would have been very, very protective of Harry and I believe very anxious about this direction they [he and Meghan] have taken.”

The magazine queen, 68 — who also penned the best-selling biography “The Diana Chronicles” — added: “I think she would have felt Meghan was steering Harry in a direction that was not good. I don’t think Diana would have been the great fan of Meghan that Meghan herself might perhaps imagine.”

Indeed, there have been dozens of reports that Meghan, 41, is modeling herself on her late mother-in-law, copying her outfits, wearing her jewelry and fashioning herself as a similarly free-spirited humanitarian.

Many claim iconoclastic Diana would have loved Meghan for throwing out the royal rulebook — but not so, says Brown.

Although Diana, like Meghan, did have a strained relationship with the royal family, Brown says she was “never anti-monarchy.”

“She never questioned that Prince William would be king. It was her most ardent desire he would become king. She was never anti-monarchy in that regard,” Brown explained. “She had differences with the royal family — her biggest difference was that her husband wasn’t in love with her, he was in love with someone else. But she never thought for one minute that William would not be the future king, and that Harry would always be there to support him. She would not be happy with how things are.”

William is now estranged from Harry, with many blaming Meghan for fueling the feud between the two brothers.

Meanwhile, Brown — who edited Tatler, Vanity Fair and The New Yorker — revealed that she last saw Diana in July 1997, when they went for lunch with Anna Wintour at the Four Seasons in New York.

Recalling the lunch — which occurred less than two months before the princess’s tragic death — Brown also took a swipe at Meghan and Harry, saying: “She was really excited about starting to do documentaries about her causes, and for that to fund her humanitarian work. In some ways, it was a foreshadow of Harry and Meghan’s plan 25 years ago, with the one major difference that Diana didn’t see any profit in it. She was doing it as a charitable venture.”

Brown’s curt comments come as Meghan faces criticism in the wake of a new tell-all interview with The Cut earlier this week.

The former “Suits” star was slammed as a “perpetual victim” in the wake of the magazine sit-down, during which she attacked the Royal Family, claiming she and Harry “upset the dynamic of the hierarchy.”

The interview came just days before fans of Diana mourned the 25th anniversary of the princess’s death.

Brown believes her friend would still be the biggest star in the world should she have lived, saying: “Unlike Harry and Meghan she understood having the power base of monarchy was enormously important. Today, I believe she would have had billions of followers on Instagram, and used that to the max.”

She continued: “By now, her charitable foundation would have been as big as Bill Gates’. She began that global humanitarian celebrity outreach that we went on to see with the Clooneys and Bono. She’s a real forerunner of that. It’s very tragic to know that didn’t happen.” 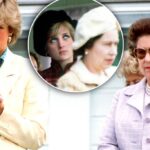 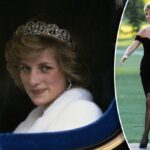