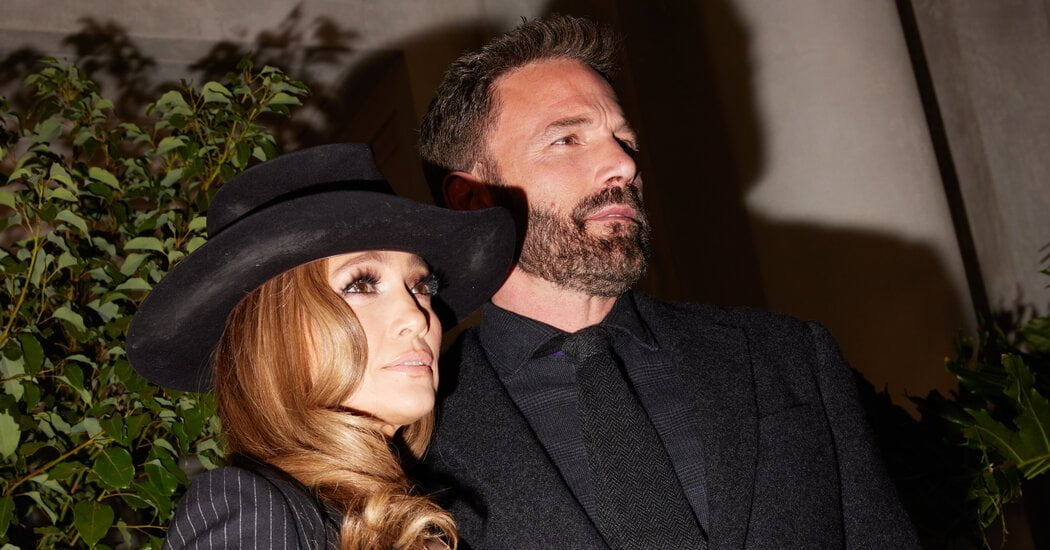 SAN MARINO, Calif. — Ralph Lauren’s strength — the thing that has kept the all-American company going for 55 years — is world building. Or, rather, worlds building.

Maybe it’s because Ralph Lauren, the man, just hosted his first-ever fashion show in Southern California — or because the event was dedicated to showcasing each one of these specific worlds — but it was easy, on Thursday night, to imagine the 83-year-old Bronx-born designer as a Walt Disney-like figure, building a theme park of the fantasies that have lived in his head since he began selling Polo ties to department stores in 1967. His customers can visit each land, inhabiting each story (Old Hollywood goes on a safari; gunslingers go to a gala) without ever committing to just one.

Mr. Lauren’s fantasies unfurl every time you visit his store-in-a-mansion on Madison Avenue or get a reservation at his celebrity-filled restaurants. (And celebrities play an essential role in his world building.)

Here is how those fantasies manifested Thursday in San Marino, Calif., near Pasadena:

5:57 p.m. A train of golf carts carries guests from a parking lot to the Huntington Art Gallery, a Gilded Age building commissioned in 1905 by a railroad tycoon who once lived there with his wife (who was previously his aunt by marriage until his uncle, another railroad tycoon, died — a classic California love story).

As the attendees arrived, the singer John Legend could be seen posing for photos in front of the Beaux-Arts mansion, wearing a long black polka-dot robe-style jacket. On a nearby veranda, Sylvester Stallone is spinning around at the bar while taking a selfie video, which amuses his two daughters (they are the hosts of podcast called “Unwaxed,” about single 20-somethings), before saying hello to Mila Kunis and Ashton Kutcher.

6:16 p.m. Fashion brands have spent the last few years embracing TikTok stars, but it still seems like their role at shows is confusing. They’re V.I.P. guests — lent or given clothes for the evening, with paid hair-and-makeup services — but also content machines, expected, ideally, to produce.

For one of them, Emily Mariko, it’s only her second runway show, and she’s eager to attend more, she says. Her first was Mirror Palais, a Gen Z-favored brand known for its extreme crop tops, in New York a few weeks ago. Ms. Mariko, 30, who first went viral on TikTok for reheating salmon and rice, declines the pigs-in-a-blanket hors d’oeuvres offered to her by several male models cast as waiters. “I have all this lip gloss,” she explains.

6:35 p.m. Guests are being gently corralled to their terrace seats, which are covered in Ralph Lauren Home linens and pillows, crisp and white with black trimmings. The show was scheduled for 6:30 p.m., which in fashion-world time usually means about 7, although promptness tends to matter more when there’s sunset lighting involved.

For a brief moment, I mistake the former tween heartthrob Cole Sprouse, who is wearing head-to-toe black with a large camera around his neck, for an official show photographer (who usually wear head-to-toe black with large cameras around their necks). Ben Affleck and Jennifer Lopez sweep in and take their seats, also wearing all black — yet impossible to mistake as anyone except Ben Affleck and Jennifer Lopez.

6:45 p.m. The show starts with a his-and-hers sequence of age-diverse models, embodying dapper cowboys (him) and Santa Fe vintage dealers (her). They are wearing Mr. Lauren’s work-wear-inspired line Double RL, with bandannas as ties, button-up vests and belted knits inspired by Native American blankets. They lock eyes with guests, either sexy-smoldering or sweetly smiling. They look like the wealthiest guests of HBO’s “Westworld” park — a thought that perhaps came to mind because James Marsden, a “Westworld” actor, is seated one row away.

6:51 p.m. A procession of refined neutrals — slouchy white shorts cinched with a brown belt, worn with a fitted sand-colored turtleneck — is set to Sia’s cover of “California Dreaming,” which is what Mr. Lauren has, obviously, titled this show.

Afterward, though, there’s a bit of a Parisian interlude, choreographed to a French cover of Harry Nilsson’s “Everybody’s Talking.” Models wear bra tops with long skirts and berets in navy and red. It’s very “Emily in Paris,” whose star, Lily Collins, is sitting next to James Marsden.

7:01 p.m. The climax arrives with models walking the runway in pairs or trios, holding hands with kids dressed in Mr. Lauren’s children’s line. (He has mixed children and adults on the runway before, including during his extravagant 50th anniversary show in Central Park.)

These look more like clothes for living, layering, lunching and chic school drop-offs, not just dressing up to play a part. There are clashing plaids and striped sweaters, color-blocked sneakers, striped oxfords and distressed jeans, ruffled white eyelet dresses worn with patchwork blazers and Western boots. One rogue child model gives out high fives, hamming it up for the crowd.

The actor Angus Cloud of “Euphoria” shouts “yeah” (like “ye-uh”) when there’s a second of silence before the final round of applause. Later he’ll rise from his seat, slide an unlit cigarette into his mouth and use one hand to clutch a can of Red Bull and the other to greet the GQ editor Will Welch.

7:12 p.m. At the end of the show, the models assemble on the steps of the art gallery. Mr. Lauren emerges, too, in an outfit of beige and white, taking his bow to “I Am … I Said,” by Neil Diamond, which is a song about feeling torn between living in Los Angeles and New York — about staying and leaving.

A year ago, Mr. Lauren dismissed questions about whether he would leave his brand anytime soon. “I’m working, I’m strong, I love what I’m doing,” he said at the time.

A few hours later, Mr. Lauren makes the rounds at a dinner held in the museum’s gardens,  leaving his seat beside Diane Keaton in her bowler hat. He is amused by my fixation on the number of looks he presented. The largest fashion shows typically have 60 to 70. I’d been told this show had more than 120 models.

“Well, I wanted to blow people away,” he says. 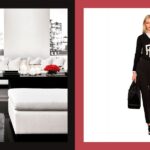 It’s Time to Get Dressed Up Again, and Ralph Lauren’s Leading the Charge