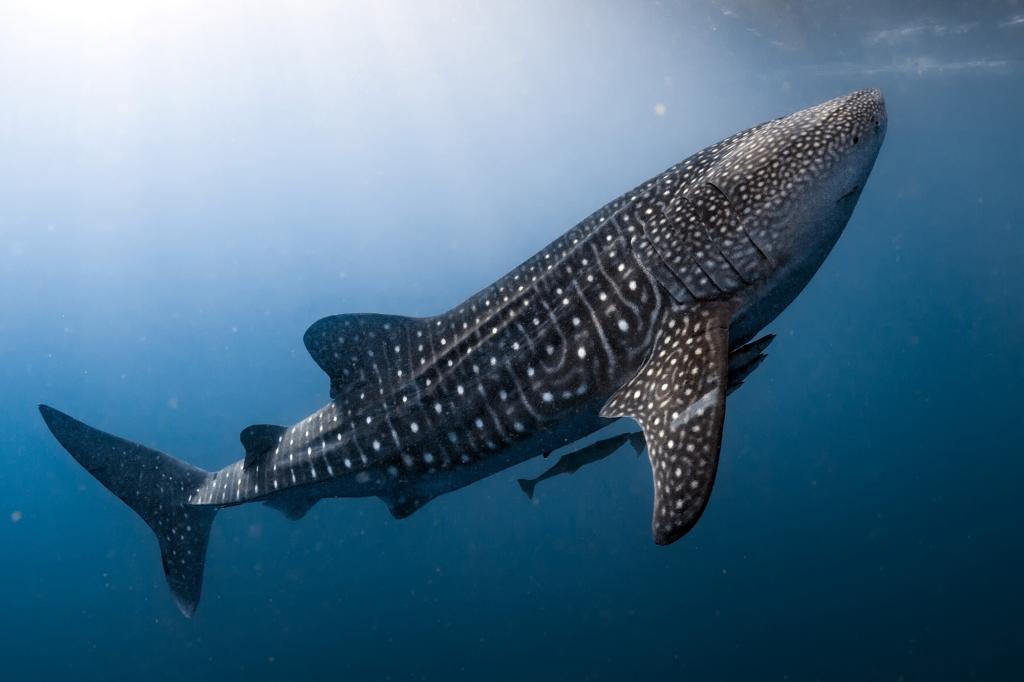 Shark sightings on the East Coast have been on the rise while Americans flock to beaches in hopes of cooling off.

In Massachusetts, there have been multiple sightings within the last week at Cape Cod.

New York has also seen an increase in sharks on Long Island. Nearby, a 16-year-old boy was bitten while surfing on Wednesday at Fire Island’s Kismet Beach.

The frequency of sightings and interactions have brought sharks into the national conversation days before Shark Week, which is set to kick off on July 24.

If you can’t wait to build your shark knowledge through the educational entertainment campaign, here are 12 number-based facts on sharks.

400+ — There are more than 400 known species of shark in seas around the world, according to Shark Research Institute.

1 billion — Marine experts estimate that the total shark population is around one billion, according to A-Z Animals, an online animal encyclopedia.

“This means there’s a shark for every seven or eight humans,” the encyclopedia wrote in July 2022. “They can be found in every ocean in the world and just about every oceanic habitat, including the open ocean, deep sea, coral reefs, shallows, and beneath Arctic ice.”

61.7 feet — Whale sharks are the largest living shark species. On average, whale sharks reach 46 feet in length, according to the National Museum of Natural History. Some can even grow up to 60 feet.

The world’s largest whale shark on record measured 61.7 feet, according to a 2018 study from Nova Southeastern University’s Guy Harvey Research Institute – a university in Florida – and the Maldives Whale Shark Research Program.

6 inches — Dwarf lantern sharks are the smallest living shark species with an average size of six inches, according to the National Museum of Natural History.

The museum said the species is “smaller than a human hand” and has “only been observed a few times” in the northern part of South America at depths between 928 and 1,440 feet.

4,095 pounds — Great white sharks have one of the strongest bites in the world. A 2008 experiment led by Australian paleontologist Stephen Wroe found that a 7,328-pound great white shark could exert about 4,095 pounds of force from its powerful jaws, according to a study published in the Journal of Zoology.

5 — Most shark species have five rows of teeth, according to Delta Dental of Washington, a dental insurance provider.

In a Shark Week blog post, Delta Dental of Washington said some shark species “can have as many as 3,000 teeth at once” and “lose up to 100 per day.”

72 — On average, there are 72 unprovoked shark attacks around the world, according to the Florida Museum of Natural History. More than half of those attacks – 51% – happen to surfers and board sport participants.

Other victims have been attacked while swimming or wading (39%), body surfing or horseplaying (6%) and snorkeling (4%).

11 — In 2021, there were 73 confirmed reports of shark attacks and 11 of those attacks were fatal, according to the Florida Museum of Natural History.

100 million — Researchers estimate that 100 million sharks are killed each year around the world, according to American Oceans – an organization dedicated to coastal restoration, protection and preservation. This is due in large part to major fishing countries using “destructive fishing practices,” according to greenpeace.org, which cited an article from nature.com – a British weekly scientific journal.

450 million — Sharks have existed for 450 million years, according to The Natural History Museum, London.

The museum said the finned animal appears in fossil records before the existence of trees and sharks have survived five mass extinctions.

98 feet — The since extinct megalodon is believed to be the largest shark species in world history. A 1909 jaw reconstruction put together by American paleontologist Bashford Dean predicted that megalodons could grow to be 98 feet long, according to Fossil Era – a fossil specimen provider.

In recent years, scientists have downgraded Dean’s estimate to 68.6 feet. Full skeletons have yet to be found, but megalodon teeth are discovered around the world often. Megalodons reportedly became extinct 2.6 million years ago during the end of the Pliocene era, according to The Natural History Museum, London.

A Taste for Cannibalism?

Mount Kilimanjaro gets internet so climbers can post ascent pics