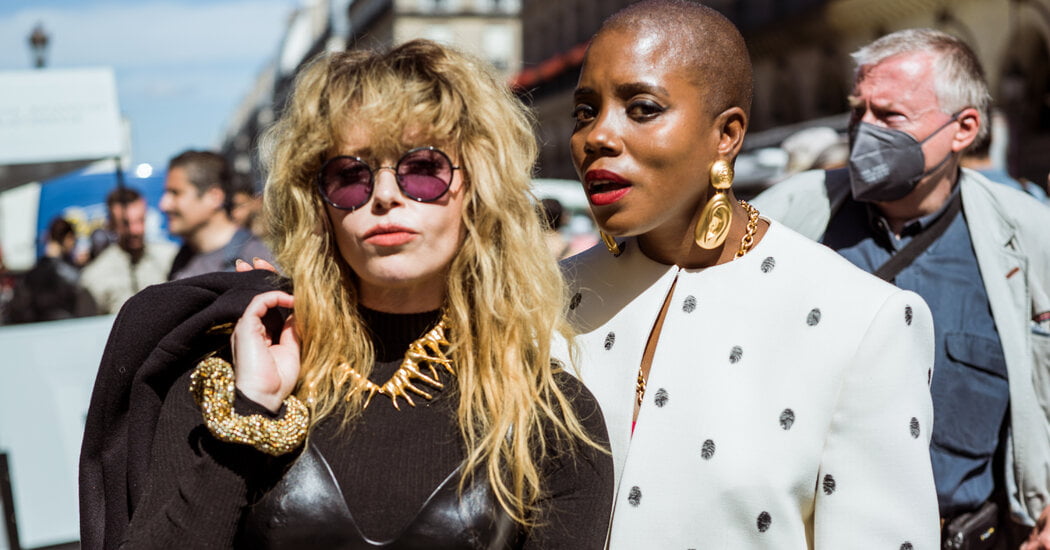 PARIS — What must the early July tourists think of the crowd that descends on this city for the haute couture shows?

Do they know about the different species of costumed show people? That most of the celebrities and influencers they see have been dressed up like dolls by other people? That the fashion houses have invited them — have in many cases paid for their flights and hotels and spa treatments and more — largely to sit in the front row and pose and post for them?

The secret to people-watching, for those who may find themselves traveling to Paris at this time in future Julys, is not to be blinded by these walking advertisements. The secret is to look for the people who’ve acquired their own decadent clothing, which was hand made to order, took hundreds of hours and cost five or six figures. Couture clients, drenched in luxury labels that they own, not borrow, and for whose benefit these shows are mostly held.

There may be only a few thousand of these socialites, heiresses and royals-adjacent in the world, but once or twice a year, they come here. Can you spot them? — Jessica Testa