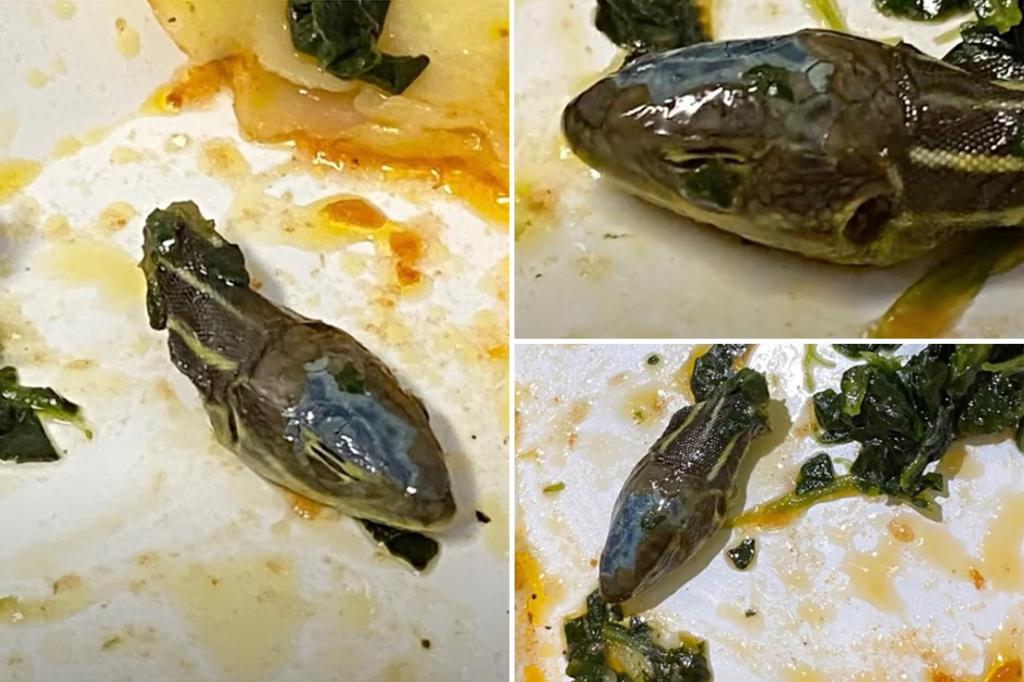 Snakes on a plane?

The skin-crawling incident reportedly reared its head on July 21 on a SunExpress flight from Ankara, Turkey to Düsseldorf Germany, according to flight site One Mile at a Time. A flight attendant had just tucked into their crew meal, whereupon, after a few bites, they discovered the head of the serpent leering up from the tray.

The accompanying footage, shared by Turkish news site Gazete Duvar, starts off innocuously enough with a shot of assorted potatoes, vegetables and tomatoes. However, it then zooms in to reveal the snake’s decapitated noggin camouflaged amongst the roughage like some ghoulish optical illusion.

A spokesperson for the airline has since issued a statement to Turkish media regarding the herpetological horror show.

“It is our top priority that the services we provide to our guests on our aircraft are of the highest quality and that both our guests and employees have a comfortable and safe flight experience,” they wrote. “The allegations and shares in the press regarding in-flight food service are absolutely unacceptable.”

The airline added that a “detailed investigation has been initiated” while they’ve halted supplying said meals until they get to the bottom of the alleged contamination issue.

However, Sancak Inflight Services, that catering company that supplies SunExpress in Ankara, claims that the snake head couldn’t have come from the company’s kitchen due to their stringent protocols.

“We did not use any of the foreign objects that were supposedly in the food when cooking (due to the technical and thermal conditions used in the in-flight catering facilities),” the food supply firm insisted.

Currently, Sancak suggested that as its meals are cooked at 280 degrees Celsius (~536 degrees Fahrenheit), the relatively fresh-looking snakehead must have been added after the fact, One Mile At A Time reported.

Although this wouldn’t be the first alleged food safety violation involving SunExpress, which has received complaints of raw snails and beetles in people’s food, per the aviation outlet.

In a similarly revolting contamination incident last week, a US teen allegedly discovered a half-smoked cigarette in her Burger King chicken fries in the middle of eating them.