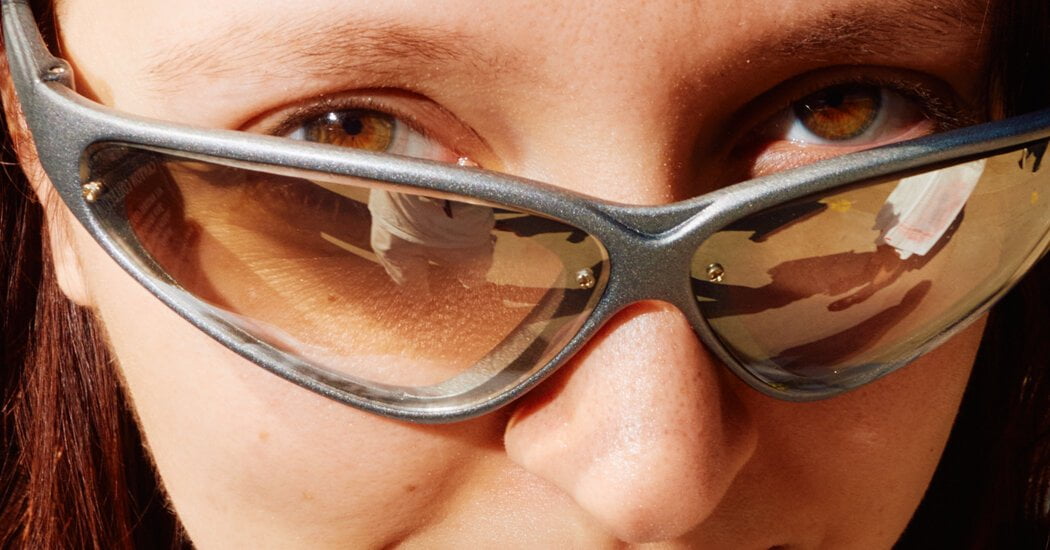 In the last few weeks, wraparound sunglasses were spotted on Rihanna, Bella Hadid, Kylie Jenner, Kaia Gerber and Addison Rae, and, within the past few months, on Justin Bieber, Bad Bunny, ASAP Nast, Offset and Pharrell Williams. Kim Kardashian, the influencer in chief, has posted about 40 photos of herself in wraparound sunglasses to her Instagram feed since January. Thirteen of those images were posted in August alone. Those who associate wraparounds with the shade selection at their nearest Shell station are well within their right to wonder: How, exactly, did gas station sunglasses become chic?

The much lampooned style, once the pinnacle of passé, is now equally (if not more) at home on the runways of Paris and in the selfies of celebrities as it is on dads in cycling shorts. Named for their curving lenses and face-hugging silhouette, wraparounds have been creeping back into style since the Fenty x Puma show in 2017, but 2022 appears to be the year of their mainstream renaissance.

Anyone struggling to wrap their head around wraparounds’ role in the luxury fashion sector need look no further than Ms. Kardashian’s designer du jour, Demna Gvasalia, now referred to mononymously as Demna, who has sent them down the catwalks of Vetements and Balenciaga since 2018. Wraparounds have since become a cornerstone of Demna’s irony-laden and cyber-centric aesthetic. The Balenciaga spring 2021 precollection was shown in the form of a music video in which models in wraparound shades walk through the streets of Paris in the evening, mouthing the lyrics to BFRND’s cover of “Sunglasses at Night.”

In September, Kanye West sparked a wave of wraparound content after introducing his alien-like YR 3022 YZYGAP SHDZ, which were promoted on Instagram by a humorously vast range of style icons, including Anna Wintour, Lil Uzi Vert, Steve Lacy, Michèle Lamy and Naomi Campbell. The global shopping platform Lyst reported that searches for wraparounds jumped 70 percent after the YZY show in Paris, and have increased by 49 percent over the last three months.

The wraparound hype is not unique to the luxury sector. Affordable iterations abound on Amazon and at Walmart. The $490 Balenciaga Swift Oval sunglasses that Ms. Kardashian wore to the Vanity Fair Oscars after-party set social media abuzz. The quest for dupes spawned its own content vertical on platforms like TikTok, where #Balenciagadupe now has 4.7 million views. TikTok influencers like @theplasticboy directed followers to platforms like Shein, where, it was said, one could buy look-alikes for the price of a McChicken. A wave of similar videos helped a $12.99 pair sold by Guvivi go viral. The product has since been flooded with five-star user reviews on Amazon, with headlines like “Vibes on vibes” and “Balenciaga who?!!!”

The Swift Ovals ranked among Lyst’s Top 10 Hottest Products this quarter. The platform commented on the impact of the style, stating: “Balenciaga’s wraparound sunglasses are the hero product behind the season’s biggest eyewear trend, with shoppers hunting for ‘sports,’ ‘wraparound’ and ‘rave’ shades.” The Balenciagas are the most wanted pair on Lyst, but shoppers are also viewing similar styles by Oakley, Bottega Veneta and Versace.

In an email exchange, Katy Lubin, the vice president for brand and communication at Lyst, described wraparound sunglasses as the “perfect storm for TikTok fashion fans.”

“They’re lightweight but tough, anti-pretty and genuinely protective, shielding you from the increasingly apocalyptic world beyond the lens,” Ms. Lubin said. “In spirit, you can wear these rebel shades to see through and past fashion’s rules and subvert the system. In reality, they’re a commercial, wearable accessory trend that shoppers are buying into across all price points and geographies.”

Given their relevance among numerous trending aesthetics and their ubiquity in popular culture, wraparounds could be to the early 2020s what Wayfarers were to the late 2000s.

Back to the Future

In observing the history of wraparounds, all roads lead to one place: Oakley. The brand is credited with inventing the sunglasses silhouette in 1984, when it released the Factory Pilot Eyeshade, which offered the peripheral coverage of its ski and motocross goggles, minus the obtrusive head strap. Oakley released numerous wraparound styles in the subsequent decades that have enjoyed a resurgence in recent years, including the Jawbreaker and the Mumbo. The Balenciaga Swift Ovals closely resemble the 1994 Oakley Eye Jacket, which Peter Yee, who worked at Oakley from 1993 to 2018, designed.

“All other frames during that period were very geometric,” Mr. Yee said over Zoom. “The surfaces on the Eye Jacket are continuous compound curves. The performance notions were fluid dynamics.” They were also the first sunglasses designed at Oakley using CAD software. “It represented a new aesthetic language, one that came from the world of airplanes and racecars, things that are aerodynamic,” he said.

Heralded as a revelation, the Eye Jacket and similar wraparound styles became symbols of progress and futurism in the fashion and media landscapes. In the 1990s, the Eye Jacket was worn by some of the most influential men in fashion: Michael Jordan, who was the face of the campaign; Dennis Rodman, who wore various Oakley wraparounds in the 1997 film “Double Team”; and Brad Pitt, who wore them on the red carpet at the 1998 Emmys. In movies, wraparounds took on a life on their own as character-defining accessories in some of the biggest actions films of the decade, including “The Matrix,” “Mission Impossible,” “Blade” and “Fight Club.”

In a phone call, Spencer Shapiro, a dealer of vintage sunglasses, said that vintage Oakley frames are among his top requests and that resale value is skyrocketing. “One of the pairs that have been causing a buzz lately is Pharrell Williams’s custom yellow gold and diamond Oakley Razor Blades,” Mr. Shapiro said. “These will likely break the record for the most expensive wraparound frames ever sold.” The one-of-a-kind pair sold in Mr. Williams’s Son of a Pharaoh auction this week on his platform, Joopiter, for $62,500.

Although wraparounds fell out of fashion in the late 2000s, they have remained consistently of value in the world of sports and in certain musical subcultures. In Brazil’s baile funk scene, Oakley wraparounds were worn and celebrated throughout the 2010s the way grills and chains are in American hip-hop. In the early 1990s, the utilitarian shades earned a loyal following among an emerging market of underground athletes in Britain’s acid house scene: ravers.

The performance eyewear, which is designed to withstand sun, heat, perspiration and vigorous activity, is also a pragmatic source of protection against smoky rooms, blinding light shows and spilled drinks. Long a staple of clubwear, retrofuturist wraparounds have been more of a uniform than a trend at clubs like Berghain in Berlin and other techno venues that have influenced Demna’s Balenciaga designs.

In the wake of the pandemic and in the midst of the Great Resignation, nightlife has bounced back with a vengeance, and rave culture is in the zeitgeist. “Beyoncé said it best — there’s certainly a renaissance,” Griffin Maxwell Brooks said in a phone call. The nonbinary, undergraduate student was calling from the Princeton campus, where they are studying mechanical engineering. Mx. Brooks, who has more than a million TikTok followers, moonlights as a club kid and promoter in New York City.

“If you go to Basement, everyone is wearing rave goggles,” they said of the club in Queens. “It’s a sign of the times and of the ‘post-pandemic’ world.”

Ahead of the Curve

As is often the case with styles previously deemed controversial or campy — the mullet, say — the queer community has contributed greatly to wraparounds’ cultural rebrand.

“I think the queer community will always be obsessed with ironically reclaiming things that are seen as the polar opposite of queer, or as tacky or improper,” Mx. Brooks said. “There’s a real beauty in that, you know?” Mx. Brooks, who later revealed that they were wearing a pair of Balenciaga Swift Oval sunglasses during the call, said the appeal of wraparounds is rooted in their theatricality.

Mandy Lee, a trend forecaster known online as @oldloserinbrooklyn, believes the popularity of wraparounds is a byproduct of their accessibility. “Sunglasses are a category I think many people see as disposable because the trends are constantly changing and price points are all over the place,” she wrote in an email. “If someone wants to play with trends, sunglasses are a pretty low-risk and easy starting point.”

As attitudes about wraparounds continue to evolve, our associations with the sporty silhouette also require an update. After visiting 14 gas stations in Los Angeles, I can confirm that the sunglasses sold in proximity to Cheetos and condoms bear zero resemblance to those made famous by Balenciaga. At times it was difficult to locate a single pair of wraparounds among the Aviators, Wayfarers and other imitation Ray-Bans.

Nowadays, wraparounds are everywhere but the gas station. 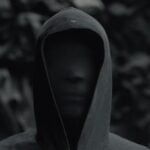 Chaos and Creation: Inside the Making of Yeezy Gap 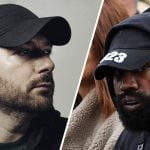 Can Balenciaga Break With Kanye? 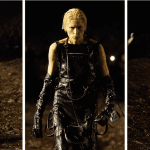 Kyiv says it is preparing 425 shelters in case of a Russian nuclear attack.