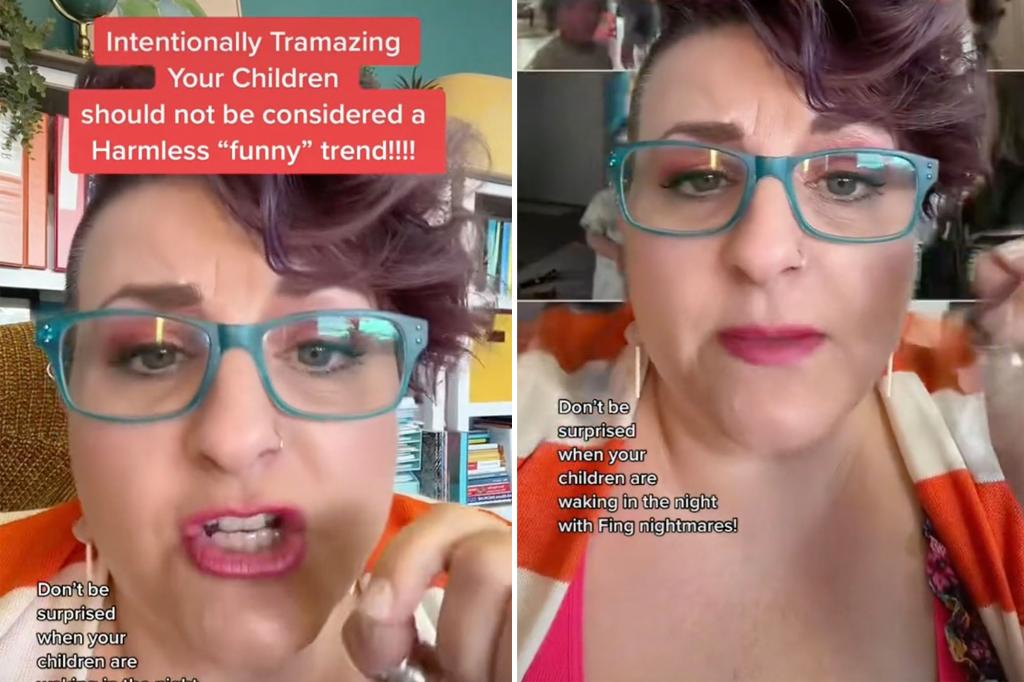 All of us have a memory from childhood of seeing something scary that scarred us for life. Like the girl from The Exorcist, or Chucky, or It.

Seems silly now, but man, did it mess us up in the dark for years.

There’s now a viral trend that is the 2022 version, and parents on TikTok are using it to terrify their kids in the name of fun. But is it fun, or is it, to quote another viral trend, “emotional damagggge”?

The #ghostprank has been viewed 165 million times on the platform. All that’s involved is locking your kids in a room without you, and pressing play on your phone which you’ve set up for them to see.

Suddenly, an animated blue ghost with red eyes appears on the screen – and the kids generally run screaming for the door.

The idea is that it’s a funny prank on your kids, and parents all over the world are doing it. The only problem is, that some viewers have come out to express concern on behalf of the terrorized kids, who are generally only just school-aged, or younger.

“This is in no way shape or form funny”

One such vocal opponent of the trend is licensed therapist @Hezy_Helps Mama, who posted a scathing rant about the trend – which has now had more than half a million views.

Text over the video reads, “Intentionally traumatizing your children should not be considered a funny harmless trend!” and, “Don’t be surprised when your children are waking in the night with nightmares.”

The video is also captioned, “This is in no way shape or form funny!”

In the video, the therapist says, “As a trauma-informed therapist that predominately works with traumatized children, I am enraged by how many videos are under this sound.”

“You are literally traumatising your children for views, and clout.”

She adds, “If you are questioning that this is traumatising, let’s go over the definition of trauma: any stressful or terrifying event that is overwhelming, unpredictable and prolonged.

“We think that this is funny to do this to our children? And post it on the internet?”

“Notice they all run to the door”

Many viewers expressed gratitude that someone was calling out the trend, with one writing, “So glad more and more people are speaking out about this trend.”

Another one who opposed the trend commented, “Kids depend on parents to protect them and keep them safe. Not leave them in a room to be terrified. Notice they all run to the door to be saved?”

And again, “I don’t understand why they think it’s funny. A terrified child crying and screaming for its life isn’t funny at all. I’m here to protect my kids.”

But then others saw the intended humour and didn’t think the trend was a big deal.

“My parents used to scare me all the time when I was little as a joke, it’s OK,” one wrote. “Not everything is C.A. [child abuse].”

And another added, “My mom did something like this to me when I was five. It scared me because I was five. Now I’m 23 and it in no way affects my day-to-day life.”

But what angered most was parents ‘doing it for clicks’.

“You can see these babies literally panic so bad, and it’s for a freaking TikTok,” wrote one person.

There were also some who noted that not every prank ended in tears: “I’m finding more videos of kids dancing and laughing like I’m finding ones of them scared but so many kids laughing and dancing.” 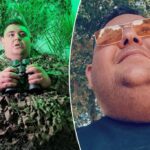 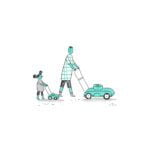 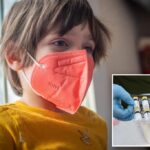 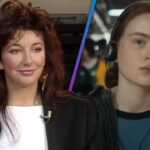 How To Grow Dahlias In Pots: Secrets To Success
3 mins ago
Meghan King Says She Was “Horrified” After Seeing Her Nose...
13 mins ago
Putin supporters are enraged by the Russian retreat from Lyman.
15 mins ago