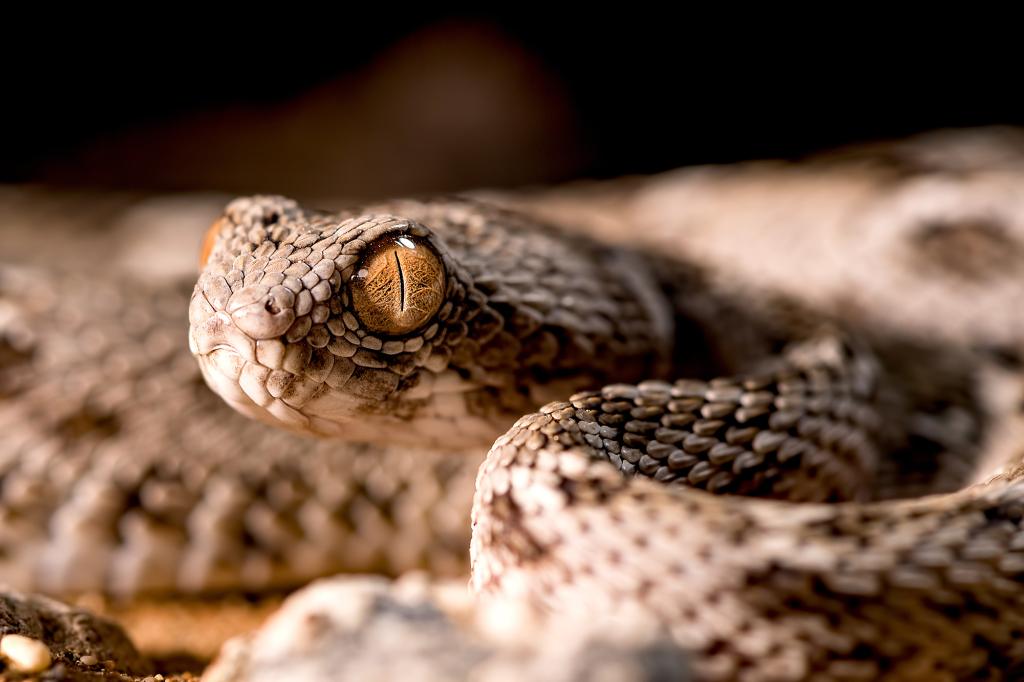 Scientists believe that this viper is responsible for more human deaths than all other snakes combined.

And while technically its venom isn’t the most lethal — that distinction goes to the inland taipan — the viper’s “aggressiveness means it bites early and often,” according to Britannica.com.

Most people stumble upon it near rocks as it’s known for camouflaging among them.

When the viper feels threatened it condenses its body into an S-shape. It also rub its scales together, which makes a hissing sound — a warning that you should run.

If bitten, don’t fret because its venom is only lethal in less than 10% of people if left untreated.

Viper victims will feel pain and swelling in the infected area, which could quickly result in a hemorrhage.

However, it is still recommended to seek medical attention immediately as there is antivenom for the snake.

It can be found in India, Pakistan, Sri Lanka, parts of Africa and the Middle East.

India specifically calls the saw-scaled viper one of their “big four snakes,” which is a group that has bitten and killed more people than other snakes.

The viper is the smallest member of the four. The other three are: Russell’s viper, the common krait and the Indian cobra.

The saw-scaled viper can grow up to 35 inches, but are normally around 24 inches long. It can be identified by its pear-shaped head, which is different from its neck and its stout body.

The Surprise Proposal That She (Kind of) Knew Was Coming