Mr. Schlossman and Mr. Harris met in 2011 when they were working at B.P.M.W., a fashion public relations company. Mr. Schlossman wrote a men’s wear blog, Sartorially Inclined, and the two started a video series, “Fashion Bros,” at Complex Media in 2014. Two years later, they debuted the podcast “Failing Upwards,” which got scooped up by the digital media company Barstool Sports. They started “Throwing Fits” soon after making their exit from Barstool.

Mr. Harris, who grew up in New York City, and Mr. Schlossman, who grew up in suburban New Jersey, arguably came into their own as podcasters in 2018, when the actor (and occasional men’s wear arbiter) Jonah Hill was a guest on “Failing Upwards.” He appeared on the new show in 2020, taking part in a long conversation that touched on self-acceptance, golf clothes and his admiration for the 1993 comedy “Surf Ninjas.”

The podcast is now at the center of a social-media constellation that includes a Reddit page and Instagram and TikTok accounts. On Discord, a platform popular with crypto enthusiasts and gamers, fans engage in discussions — spurred on by the duo — on topics that lurch from the designer Mike Amiri to whether a listener would stay loyal to the pod if Mr. Harris slept with their ex.

Ben Lankford, who became a “Throwing Fits” listener while living in Nashville, described the “Throw Gang” as “a cool community of like-minded people who have at least a tangential interest in fashion.” Last summer he bought a ticket ($69) to attend a “Throwing Fits” gathering in New York that he had heard about on Discord. “That’s where I met so many of the good friends I have in the city now,” said Mr. Lankford, who ended up moving to Bushwick, Brooklyn.

Mr. Harris said the show’s fans tended to be young men seeking advice. “Maybe they’ve moved out of their hometown and they’re looking for an older-brother-type figure to tell them what to wear, what to listen to, what to watch, what to do, where to drink, where to eat,” he said. 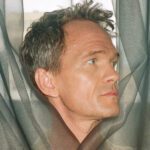 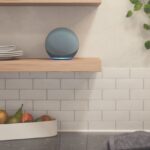 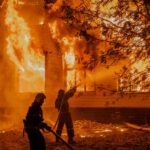