Home » What Is … Happily Ever After?
Life 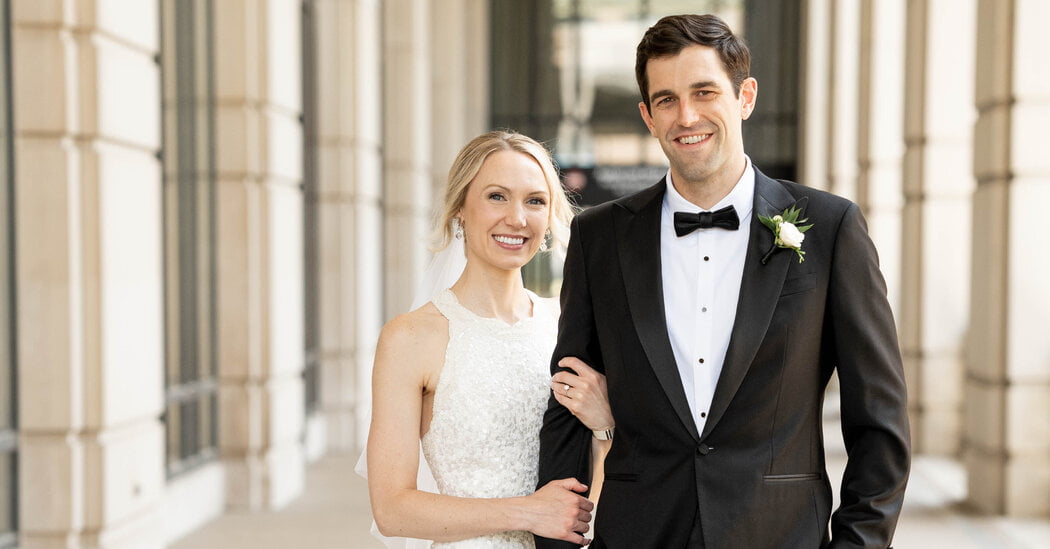 “Stringing along,” “states by attractions” and “famous pairs” were among the categories on the episode of “Jeopardy!” that featured Sarah Elizabeth Bauer and William Greer Mackebee as contestants.

Though it would take several years, that appearance would set the two on a course to pairing up themselves.

The episode, which aired as part of the show’s 2012 college championship, was filmed in 2011. Ms. Bauer, who is from Carmel, Ind., was then a junior at Indiana University studying economics and philosophy. Mr. Mackebee, who grew up in Knoxville, Tenn., and goes by Greer, was a senior at Duke University studying civil engineering.

Neither can recall their first conversation. “But I have this image of Greer sort of nervously sitting in the corner reading his book,” Ms. Bauer said.

Going into Final Jeopardy, both of them were trailing their third competitor, a student from M.I.T. But Mr. Mackebee scored a come-from-behind victory when he was the only one to correctly respond to the clue about Lewis and Clark.

Later, “when we finished taping, there was a party at the hotel for a few of us where we got to talk a lot more,” Mr. Mackebee said. When Ms. Bauer mentioned that she wanted to end up in Washington after college, he told her of his own aspirations to live there.

“I was like, ‘This is great — who knows what’ll happen down the road, but you’ll have a friend in town one day,’” said Mr. Mackebee, who went on to become semifinalist in the college championship tournament. Ms. Bauer was a quarterfinalist.

Following his graduation from Duke, Mr. Mackebee, now 32, enrolled at Stanford University, where he received a master’s degree in environment and resources and a law degree. After graduating from Indiana University, Ms. Bauer, now 31, went on to earn a law degree at its Maurer School of Law.

While completing their graduate programs, the two kept in touch via Facebook and Snapchat. By 2016, Mr. Mackebee had moved to Washington, where he was working at a law firm. That same year, Ms. Bauer accepted a job in the Washington office of Senator Joe Donnelly, Democrat from Indiana.

Soon enough, they started going to local trivia nights together and, as Mr. Mackebee put it, “a vibe” began to develop between them. In November 2017, that vibe had become strong enough for him to invite Ms. Bauer on a more formal outing to a friend’s holiday party.

“It was probably one of the first or only times that it was just us hanging out one on one,” she said. “Being in a fancy dress, going to a nice event, just the two of us — it definitely felt more like a date.”

They became an official couple not long after, then dated for more than a year before moving in together in September 2019, into a condo in Washington’s Shaw neighborhood, where they still live.

Ms. Bauer is now deputy chief counsel for nominations at the U.S. Senate Committee on the Judiciary for the office of the committee’s chairman, Senator Dick Durbin, Democrat from Illinois. Mr. Mackebee works remotely as the senior director of commercial transactions at BrightNight, a renewable energy company in Inlet Beach, Fla.

They started discussing marriage in 2020. After ring shopping together, Mr. Mackebee began to plot a proposal with help from longtime “Jeopardy!” announcer Johnny Gilbert, who recorded a video in which he read a clue that Mr. Mackebee had written for a category called “Famous Hoosiers.”

“This D.C. superlawyer and Indiana native competed in the 2012 ‘Jeopardy! College Championship,’” Mr. Gilbert said as Mr. Mackebee pulled out a ring, “setting Twitter abuzz and capturing the heart of one of her fellow contestants.”

Afterward, a reception was held at the Basile Theater at the Historic Athenaeum in Indianapolis. The décor included a mock movie poster that featured silhouettes of the bride and groom beneath two words: Final Jeopardy.

18 Online Resources to Expand your English Vocabulary
August 9, 2022
Toe Separators Are the Health Tool We Should All Be Using, According to This Viral Video
August 9, 2022
Grease’s Didi Conn Recalls Final Talk With Olivia Newton-John
August 9, 2022