What is the Kia Challenge? TikTok urges users to report USB hot-wiring trend 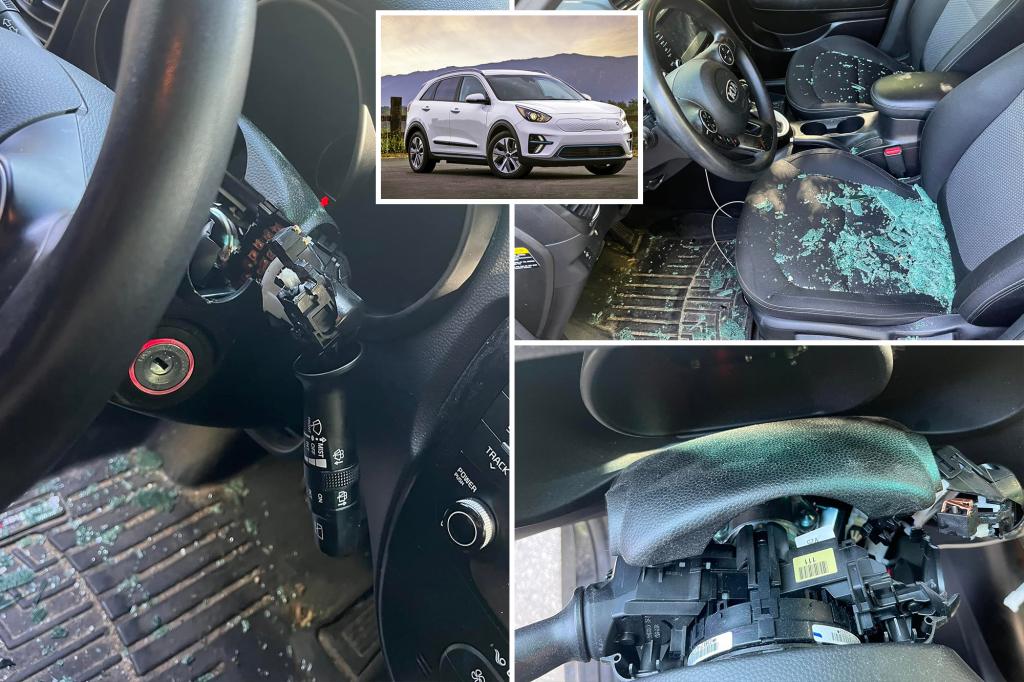 TikTok is once again in hot water.

The new “Kia challenge,” which emerged on the social media platform earlier this month, has since caused a spike in car thefts and robberies from vehicles, reports Newsweek.

The video — which has since been deleted from the site — was posted in early July and immediately became a viral sensation, showing TikTok user @robbierayyy turning on his Kia using only a USB cable.

In late July, one Indiana resident became the victim of the result of the challenge to start a car without keys.

Alissa Smart told Fox59 that she was awakened by her niece in the early hours of July 16, 2022, and was told that someone had broken into and attempted to steal her Kia Soul.

“I was so angry when my niece woke me up to tell me,” said Smart.

“I was scared, anxious and confused on how someone could see two car seats and a diaper bag and still commit such a monstrous act.”

The thieves have not yet been identified, but Smart believes them to be teenagers.

Smart said that the thieves attempted to “hot-wire my Kia Soul before my niece walked outside, and they took off running on foot.”

According to Smart, she can’t afford to repair the damage, with the replacement window alone costing her $400.

“This trend absolutely makes me feel disgusted. It’s really beyond me that people think it’s OK to post criminal acts, let alone participate in them after seeing them online,” fumed Smart.

The Legal Information Institute at Cornell Law School warns that anyone breaking into a car is committing grand theft, which is considered a felony in some states.

TikTok has urged its users to report videos or any content relating to this challenge so they can remove it immediately.

What Are The Best Liriope Plant Companions?