When Danielle Alvarez returned to the Wing in Soho last summer, she saw the writing on the chic, perfectly lit mint-green wall.

“I walked into the space and I was in shock by how dead it was … It was always super busy. You couldn’t get a seat,” said the 33-year-old, who eagerly shelled out nearly $3,000 in initiation fees to join the Wing in 2018.

“To see it go from expanding, to no one in the space on that afternoon during work hours was shocking,” Alvarez, founder and CEO of media agency the Bonita Project, added.

When the Wing first opened its doors in Flatiron in 2016 as a pioneering, women-only coworking space, it became a phenomenon. Founders Audrey Gelman and Lauren Kassan raised more than $100 million from investors like WeWork and Airbnb. At its peak, it had 11 locations across New York, Los Angeles, Boston and Chicago, a 9,000 person waitlist — plus star power from fans such as Jennifer Lopez and Meryl Streep. Gelman, the media-savvy former press secretary for Scott Stringer — also known for being childhood besties with “Girls” creator Lena Dunham and as an ex-girlfriend of fashion photog Terry Richardson — had become a celebrity in her own right. In 2019, at the tender age of 31, she graced the cover of Inc., becoming the first woman to pose visibly pregnant on the cover of a business periodical.

But things took a sudden turn the following year. In June 2020, Gelman stepped down after employees protested her leadership and alleged mistreatment of black and brown staffers. It was the beginning of the end. Earlier this week, Wing members received an email announcing that the club’s six remaining locations would be closing due to “increasing global economic challenges” and “the backdrop of the Covid pandemic.” For many former members, the news came as no surprise — with some feeling it was even good riddance.

“It was a gossipy very toxic environment for my team,” Kanessa Tixe, a Wing member in 2018 and the founder of marketing and PR entertainment company TS Collective, told The Post. “It was all a PR machine. You can hire all the black, and Spanish and white women you want, but if you’re not setting up a culture appropriately, it is going to crumble. I think it became too much of a hype of female empowerment.”

The strict rules at the club, which cost members $185 to $200 per month, didn’t always foster #GirlBoss success, especially for those using it as a coworking space daily.

“I would get frustrated because you were not allowed to bring outside food — if you were working an eight-hour day there you couldn’t even bring your own lunch, which was absurd to me,” Alvarez recalled.

“I remember getting into it as one of the managers, like, ‘Why are you forcing me to buy food everyday?’ Obviously men were not allowed for a long time and that was a little awkward because one of my first clients was a man and I couldn’t even host meetings there,” she continued, adding that the community felt “elitist.”

Tixe said she felt tension from employees who frequently told her to lower her voice while on calls and in meetings in her office space. She was eventually asked to surrender her membership after a staffer said she offended one of the employees for using the term “home girl” in a light-hearted and friendly context.

Still others believe that the Wing never recovered from the 2020 scandal that led to Gelman’s downfall.

“After everything that went down in 2020 I didn’t have any desire to renew,” said Alvarez, who is now based in Bushwick.

Stacey Stewart, 33, a software engineer from Gramercy, looks back on her experience at the Wing fondly, noting she never saw any wrongdoing at the Flatiron location. Even so, the reports made her uneasy.

“I think that the allegations were terrible. Especially for a place that was really preaching inclusivity and work place advancement and things like that,” she said.

But she adds that Gelman may have been unfairly targeted. “In general, female-led businesses are under more of a microscope — especially a place that is preaching inclusivity,” she explained.

Another turnoff as of late was a lackluster events roster that fell short of the Wing’s pre-pandemic standards.

“To me, it was always a networking organization, not a coworking organization,” said Stewart, who joined in 2018 seeking to meet other women amid her male-dominated industry. She initially relished the organization’s enriching line-up of extracurricular activities, from a “summer camp” in the Adirondacks to heavily Instagram-ed talks featuring famous authors like Lori Gottlieb, who had discussed one of her favorite books “Maybe You Should Talk to Someone.”

But, upon seeing that the Wing’s roster for 2021 seemed less exciting than it had once been, Stewart didn’t renew her membership.

With the announcement of the Wing’s closure, many are noting that it’s not the educational talks or supposedly supportive community they’ll miss. It’s the carefully curated furniture — from Hans Wegner-designed armchairs to a green velvet conversation pit — that people are lamenting, with some even reaching out to the company about buying pieces. Perhaps fittingly, Gelman launched a housewares shop out of Brooklyn earlier this year.

“With all the glamor, the glitz and the fancy furniture — that was the true perk,” said Alvarez. “I used to use the space for photoshoots, but it wasn’t doing it for me anymore.” 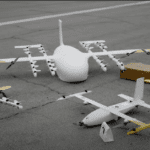 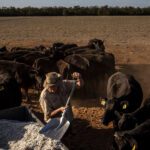 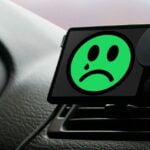 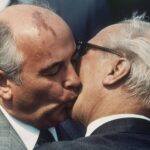