Woman scolded by cashier for going through drive-thru — backward 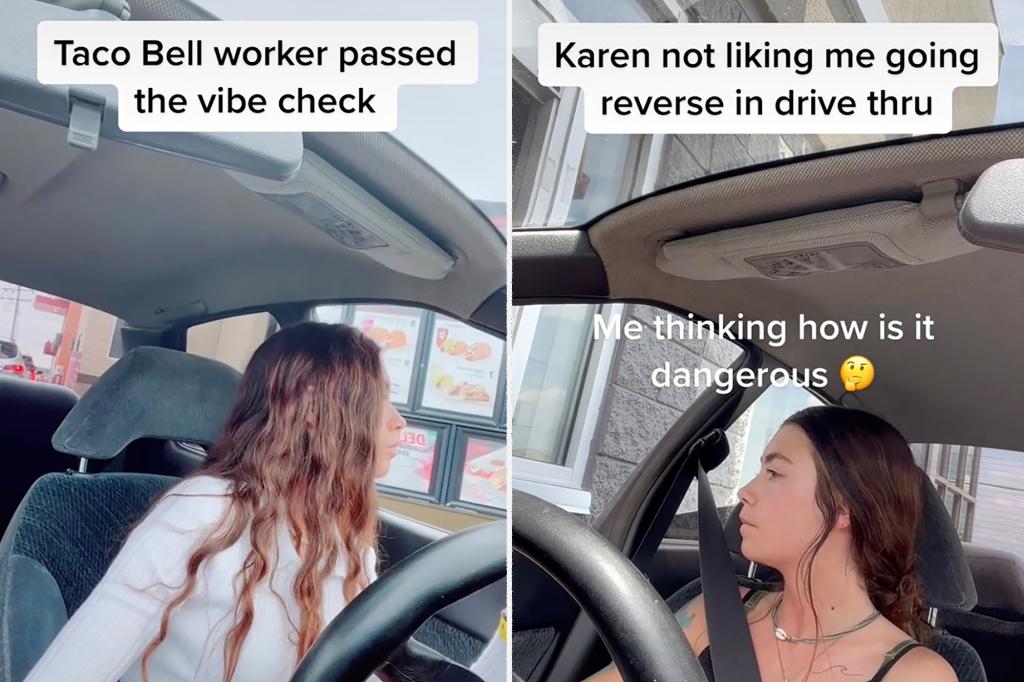 A woman with a right-hand drive car captured the moment she reversed through a drive-thru on TikTok — only to be scolded for it.

Shelby Lee — whose 1994 Nissan Skyline features a steering wheel on the right-hand side — said she has to reverse through the lane so she can be on the same side as the windows when she visits drive-thru fast-food restaurants.

However, she was questioned about her technique in a recent TikTok after placing an order at a Mcdonald’s and reversing through the lane.

In the video — that’s been viewed more than 1.4 million times — Lee gets to the first window, which she finds empty, and then continues to the next window, where a worker questions why she drove backward.

“Is there a reason you came this way?” the clerk asks Lee, who responds: “My steering wheel is on this side.”

“That’s dangerous for other cars,” the worker responds before telling her, “I’ll give it to you now” but suggesting there could be a problem “next time.”

Lee questioned how it is dangerous in the text written over the clip, looking unimpressed as she waits to be handed her receipt, bank card and order before driving off, labeling the worker as a “Karen.”

TikTokers were divided over the issue, many agreeing with Lee that the worker had no reason to be annoyed while others said the worker did nothing wrong.

“Me personally I wouldn’t let her tell me how to drive my car that’s just me,” one TikToker wrote.

“Only dangerous if you can’t drive backwards,” added another.

Some users said Lee could’ve been more polite — especially since having a right-hand drive is highly unusual in the US.

“Was there a reason calling her a ‘Karen’ tho? She has every right to check you and she was actually nice about it,” someone wrote.

“She’s not being a Karen she just has common sense,” agreed another.

“So antisocial she’d rather go through the drive through in reverse than go inside. I feel you girl lol,” one laughed.

Others suggested Lee just park her car and go inside the restaurant in the future.

In a comment, Lee explained her car was imported from Japan — hence why the steering wheel is on the opposite side.

In a follow-up TikTok, Lee said she was going to try other fast food outlets, noting Taco Bell had passed “the vibe check.”

Packing Pitchforks for the Hamptons