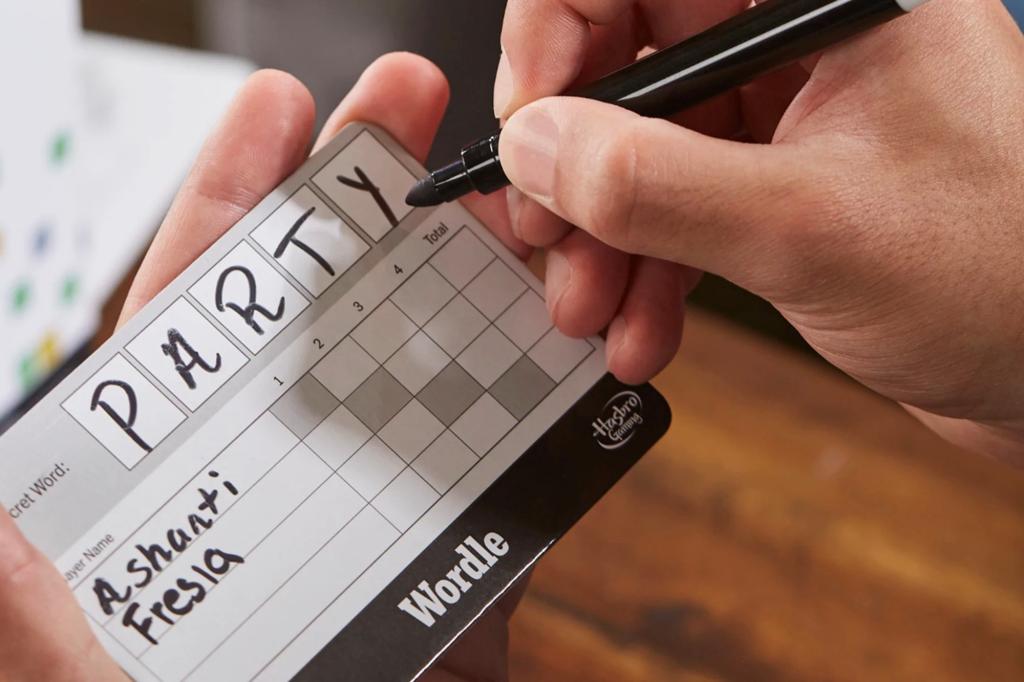 Apparently, the Wordle is not enough.

The New York Times and Hasbro have designed a new board game inspired by the app-based puzzle, Wordle, in which players pit their vocabularies against friends and family in real time.

“Wordle: The Party Game” is just like the app, “but now in an all new way that is perfect for game night,” reads a recent Hasbro press release.

In accordance, the live version will feature the traditional format, in which players try to guess a five-letter word within six tries. However, in this iteration, contestants must “compete with each other to complete the Wordle,” Hasbro said.

The way it works is that a player designated as the Wordle Host writes down a Secret Word, which each Wordler will try and guess within the requisite number of attempts.

Just like with the OG game, “the fewer tries a player needs, the fewer points they score,” according to Hasbro. “The player with the fewest points at the end of the game wins!”

If that wasn’t engaging enough, “players can also switch up the gameplay with four different ways to Wordle: classic play, fast, timed, or teams,” per the site.

“Since Wordle burst onto the scene, it’s undoubtedly been a staple in social and pop culture vocabulary,” said Adam Biehl, SVP & General Manager, Hasbro Gaming. “We’re beyond thrilled to work with New York Times Games to bring our gaming worlds together and extend Wordle in new ways.”

“Wordle: The Party Game,” which is recommended for people ages 14 and up, won’t hit North America until October, but it’s available for preorder for $19.99 online.

Wordle’s phone to board transition marks a major leap for the iconic brain teaser, which was first released by Josh Wardle in October 2021, whereupon it quickly took the world by storm. Wordle further skyrocketed in popularity after getting acquired by the Times in 2022 for an undisclosed — however it also spawned a host of complaints.

In February, incensed social media users claimed they were unable to win that day’s game due to too many vocabulary variations. Meanwhile, the Times was accused of “trolling millennials” with a Wordle of the day “so obscure” that only animated problem-solver “Bob the Builder” could figure it out.

More recently in April, players lambasted the Times for releasing a backseat-driving “WordleBot” that critiques users’ techniques and tells them how they could do better.

I’m proud of my sexy makeover — even if haters say I...