LONDON — In the Royal Arcade off Bond Street in Mayfair there is a tiny jewel box of a store that creates bespoke eyewear, giving as much attention to a client’s physiognomy as a Savile Row tailor might to a person’s gait and inside leg measurement.

E.B. Meyrowitz was established in 1875 and its London store is run today by Sheel and Jamie Davison-Lungley, a mother-son duo who put traditional craftsmanship, discretion and customer service at the top of their list of company values.

According to research firm Statista, the global eyewear market is worth $120.7 billion and is expected to reach $153.6 billion by 2025. Giant firms like Luxottica dominate the industry with mass-produced frames that are often sold under luxury brand names. But the Davison-Lungleys, with their custom-designed, handcrafted frames in precious metals, tortoiseshell, horn, fossilized coral and mammoth ivory, aim to be the antithesis of the mass-market offering, with prices starting at 595 pounds ($672) for a ready-to-wear pair of frames, including lenses, while bespoke designs are £1,650 for acetate or £3,000 in buffalo horn.

The company’s founder, Emil Bruno Meyrowitz, was born in 1852 in what is now Germany. By the time of his death in 1937, his obituary described his business as “one of the world’s largest optical firms,” with branches in the United States, Paris and London. He had been a pioneer in the creation of eyeglasses, optical equipment and even sports goggles for the likes of Amelia Earhart and Charles Lindbergh. (An E.B. Meyrowitz steel-reinforced glasses case was credited with helping to save the life of Theodore Roosevelt when he was shot in 1912 while campaigning for a third presidential term.)

Ms. Davison-Lungley, now the firm’s owner and creative director, was raised in Kampala, Uganda, and credits her progressive early education with inspiring her interest both in the arts and the sciences. When, as a teenager, she and her family moved to London, her teachers had a more restrictive approach. “They told my parents that I liked too many things and that I needed to focus,” said Ms. Davison-Lungley, 66. “So I thought, well, whatever I do, art will be a part of it.”

She graduated as an ophthalmic dispensing optician from City and East London College in 1978 and was working at Meyrowitz when the British portion of the business came up for sale in 1993 (the Paris and New York stores are separately owned). She couldn’t resist and her parents agreed to remortgage their house to finance the purchase. “Everybody talked about E.B. Meyrowitz when I was studying, even our lecturers,” she said. “It was so grand and he had created so many amazing things for his clients.”

She planned to restore the business, which by then was selling ready-made frames, as she values bespoke creations in all corners of her life. As a teenager she started designing her own clothes and during an interview wore a coat in an Indian block print silk paisley design over a black silk shift dress, both of her own design. “I like handmade things, so how could I bear to show people anything else?” she said.

When meeting with a client, Ms. Davison-Lungley said, she looks closely at the face and head. Just by eye, she takes as many as 23 measurements, including the bridge of the nose, the distance between the eyes and the height of the ears, to ensure a perfect fit.

But even more important than technical measurements, she said, is understanding her clients and helping them to make the right choices. While Meyrowitz glasses may have a distinctive look, no one should notice you are wearing them — “they should become such a part of your bone structure, a part of your face that they make you look great, but people aren’t sure why you look great,” she said.

Re-establishing the bespoke side of the business was not easy. “It took me about 15 years to actually find craftsmen to do what I really loved,” she said. Today, Meyrowitz’s primary workshop is in Hampton, outside London, and the business employs as many as 15 people at any one time to produce its designs.

First, using Ms. Davison-Lungley’s hand-drawn design, the frame is cut, using a saw, out of the raw material. Then the pieces may be filed, dyed to the desired color or may even be fused with another material in a custom lamination before the final polishing. They cut and fit premium lenses made by the German specialist Zeiss or other independent lens makers. “I like to give people the best I can get,” she said.

It takes six to 10 weeks from the initial consultation to delivery of a pair of bespoke glasses, and the business produces about 1,000 custom orders a year. The clients, however, are never named, and Ms. Davison-Lungley said she would not even tell a husband or wife that she had seen the partner on the same day unless one of them mentioned it. (She does feel comfortable acknowledging that Diana, Princess of Wales, was a customer and that a pair of sunglasses made for her in the mid-1990s was rereleased recently as part of the ready-to-wear collection.)

Mr. Davison-Lungley, 33, has long been involved in the business, from taking a year out of his studies to work on the floor to designing its website. After a short stint as a banker and obtaining his master’s degree in accounting and finance from the London School of Economics in 2015, he joined the business full time. Today, as well as working closely with his mother on the business’s branding, he conducts trunk shows every six months.

“We try to create a convivial environment on these trips and see a mix of regular and new clients,” he said in a phone interview during a recent eight-city visit to the United States that included stops in San Francisco, Los Angeles, New York and Palm Beach, Fla. Plans to expand the tours to Asia and the Middle East were delayed by the pandemic but will start next year, he said.

As well as a passion for optometry, Mr. Davison-Lungley has also inherited his mother’s creativity. Three years ago, after he had redesigned the store’s interior with traditional, handcrafted cabinets in British walnut, his mother came across a drawing of a store design that he had created when he was 8 years old.

“It was exactly like the display cabinets are today,” he said with a laugh. 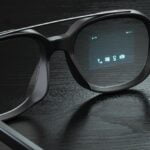 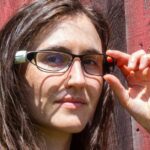 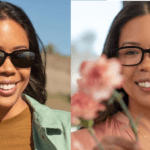