A Celebrated Japanese Artist Died Trying to Save Others From Drowning 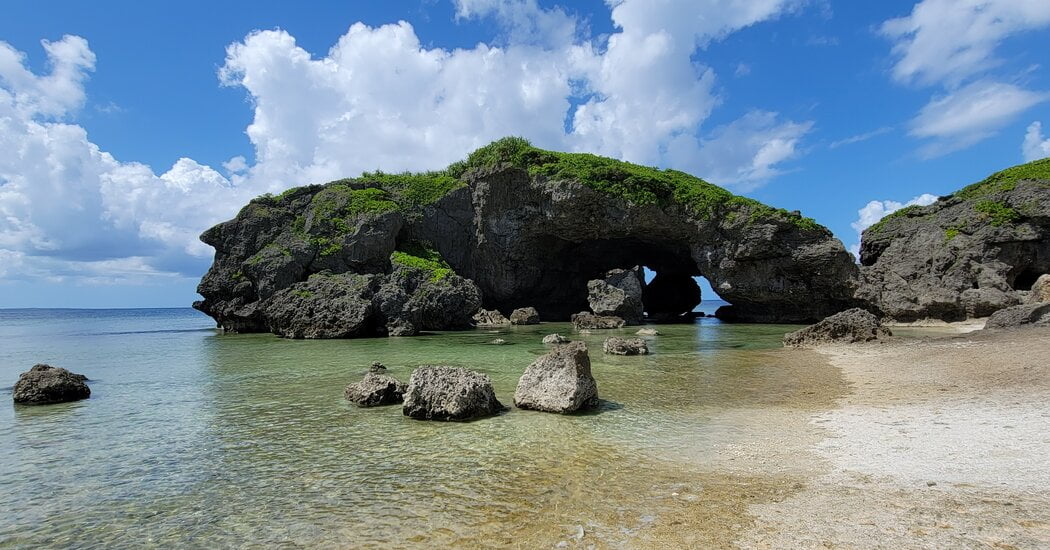 As a chaotic rescue unfolded off the coast of Japan in July, an American eyewitness saw a tall, thin man wade into waters where other swimmers were battling a deadly rip current.

“The glare and the sunlight was kind of silhouetting him, so I didn’t see his face,” the witness, Capt. Neda K. Othman of the U.S. Army, said by phone this week. What she saw, from a distance of at least 40 feet, was his short hair, red shorts, black top, fins and snorkeling mask.

The two distressed swimmers, a 12-year-old girl and a man, later reached safety with help from Captain Othman’s husband and the couple’s diving instructor. But at some point during the rescue, at a dive spot called Mermaid’s Grotto, Captain Othman and others at the scene lost sight of the snorkeler.

Two days later, a body was found floating off the coast of a nearby city. Japan Coast Guard officials identified him as Kazuki Takahashi, 60, the celebrated creator of the enormously popular manga and trading card game Yu-Gi-Oh! News of his death was met with an outpouring of grief on social media, in Japan and beyond.

But the authorities initially did not publicly connect Mr. Takahashi’s death to the rescue, because they did not want the girl to know that he had died trying to save her, Japan Coast Guard officials said this month. They reversed course only in recent weeks, in response to inquiries from the news media.

This is the story of what happened at Mermaid’s Grotto. It is based on interviews with police and Coast Guard officers, Captain Othman and her husband, and sworn statements that the couple and their diving instructor provided to U.S. Army investigators.

A Cry for Help

Early on the afternoon of July 4, Captain Othman and her husband, Nathan Feura, arrived at Mermaid’s Grotto, a popular diving and snorkeling spot in Okinawa, an island prefecture in southern Japan with a large American military presence.

Captain Othman, 27, and Mr. Feura, 37, were planning to make two or three deepwater dives with their instructor, Maj. Robert S. Bourgeau, 49. But as they stood on a beach surveying the conditions, they heard screaming.

“Help!” a woman shouted, pointing to the mouth of a cove where a girl and a man — her daughter and boyfriend — were trying to stay afloat in a rough patch of water where rip currents met waves.

The diving party’s equipment was back in their cars, so Mr. Feura and Major Bourgeau entered the water and headed for the two distressed swimmers. Captain Othman stayed on shore and called the local police and the Japan Coast Guard.

Mr. Feura, an advanced diver who grew up surfing in San Diego, Calif., said that he was used to swimming in rip currents. But the whirlpool-like conditions at Mermaid’s Grotto were so challenging that they forced him to fight for his life.

“When I jumped in I quickly realized, wow, this is really bad,” he said.

‘Where’s the Other Guy?’

Before the first of two rescue helicopters arrived, Captain Othman said, she saw an unidentified snorkeler — later identified as Mr. Takahashi — walk across a shallow reef on his way to the commotion. But as the rescue unfolded, she lost track of his head bobbing in the water.

Mr. Feura said that when he was swimming, he saw the snorkeler in the water. He appeared to be trying to hold the distressed man’s hand. “Then some really big waves came, and I didn’t see him again after that,” Mr. Feura said in a phone interview, his voice wavering with emotion.

After Major Bourgeau got the girl to shore, the situation turned into “survival mode,” Mr. Feura said. “Everybody was trying to save themselves because they could barely keep themselves afloat.”

Mr. Feura, Major Bourgeau and the girl’s adult male swimming companion all managed to reach dry land by swimming around the rip currents. But back on shore, the girl was repeatedly asking Captain Othman about another man she said had helped her in the water.

Not everyone had seen Mr. Takahashi, and some who had were recovering from near-death experiences. So there was some confusion among the survivors about whether the mysterious snorkeler in red shorts even existed.

“We started to doubt ourselves, which was crazy,” Captain Othman said.

Captain Othman and Mr. Feura conveyed what they knew about the snorkeler to the local police through a bilingual Japanese woman who helped translate at the site. Helicopters were still circling the area when she and Mr. Feura and Major Bourgeau left the beach, Captain Othman said.

But representatives for the Coast Guard and the local police department told The New York Times this week that the authorities had not been aware on July 4 that another person might have been missing at Mermaid’s Grotto. The local fire department, which was also involved in the rescue, could not be reached for comment.

The discrepancy suggests that the survivors’ account of Mr. Takahashi could have been misunderstood, mistranslated or ignored. Another possibility is that what the survivors told police officers did not immediately reach search and rescue personnel. No one has been accused of wrongdoing, and it is not clear whether a longer search might have saved Mr. Takahashi’s life.

Neither the girl, her mother nor her partner could be reached for comment. Some details of the episode were reported earlier by Stars and Stripes, a newspaper that is partly funded by The Pentagon, and by Japanese news outlets.

In the days after the rescue, Mr. Feura said, he hoped for the best because the missing man had been using snorkeling gear that might have helped him to survive.

But later that week, Mr. Takahashi’s body was found in the water off Nago, a nearby city, with a black T-shirt, black fins and a snorkeling mask, according to the coast guard.

A U. S. Marine also found a pair of rental car keys at Mermaid’s Grotto, Mr. Feura said. She contacted the rental car company, which later contacted the hotel where Mr. Takahashi had been staying. But the hotel staff said they had not seen him for days.

On July 11, the Coast Guard concluded that Mr. Takahashi had been involved in an accident at Mermaid’s Grotto before he died. The autopsy results confirmed that he died from drowning, but the Coast Guard did not disclose that at the time because his family did not want the cause of death revealed, the agency said.

As a fuller story of Mr. Takahashi’s last moments has emerged in recent weeks, his Japanese fans have expressed admiration for his bravery — and, in a few cases, anger that the story was not made public earlier.

Mr. Feura said that, despite the tragedy, he and Captain Othman had been pleased to see more details of the episode emerge because they had seen misinformation about Mr. Takahashi’s death circulating on social media. They also hope that publicizing the full story will help his family, friends and fans understand the strength and selflessness of his character, he added.

“Takahashi was 60, a multimillionaire who created a manga with a worldwide fan base, on a tropical vacation, and yet is still willing to risk his own life to help strangers in distress,” he said. 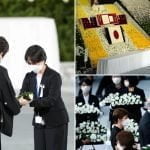 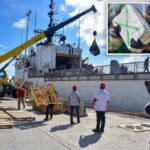 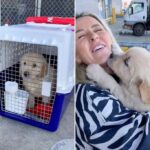 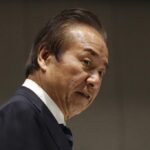 Daniel Radcliffe is the ‘proudest’ of this movie role, and it’s a gas

Gardening With Groundhogs in Massachusetts

Which Security Suite Will Protect Your PC Best?
5 mins ago
Air marshals claim Biden is risking ‘another 9/11’ by shifting...
45 mins ago
What to Do When You Can’t Quit a Job You...
1 hour ago