Home News A recruitment officer was wounded in the latest attack on a Russian draft office.
News

A recruitment officer was wounded in the latest attack on a Russian draft office. 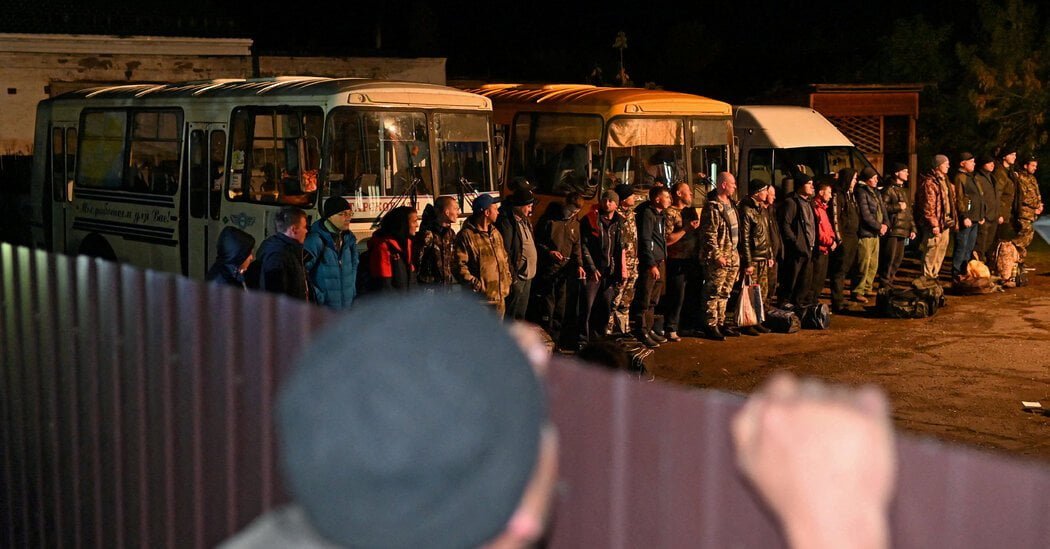 A gunman apparently distraught over Russia’s chaotic military mobilization opened fire at a draft office in Siberia on Monday, seriously wounding a recruitment officer, as the Kremlin for the first time acknowledged errors in the call-up of hundreds of thousands of civilians to bolster Russia’s struggling army in Ukraine.

The authorities in the far eastern region of Irkutsk arrested the assailant, identifying him as Ruslan Zinin, who is in his mid-20s. The suspect’s mother, Marina Zinina, told a local news outlet that her son’s close friend had received a draft summons despite having never served in the army, after Russia’s defense minister, Sergei K. Shoigu, pledged last week that only men with military experience and a specialization would be called up.

“Ruslan was very upset because of this, because his friend did not serve in the army,” Ms. Zinina was quoted as saying. “They said that there would be partial mobilization, but it turns out that they are taking everyone.”

The shooting, in the town of Ust-Ilimsk, was the latest attack on a military recruitment center in Russia since Mr. Putin launched his full-scale invasion of Ukraine in February, and is believed to be the first to have resulted in serious injury. It came as large numbers of civilians — especially ethnic minorities and people in far-flung parts of Russia and territories it controls — are being swept up in the Kremlin’s conscription drive, even as serious questions persist over Moscow’s ability to adequately train and equip the recruits before deploying them to the front lines.

There have been numerous reports of people who are unfit for service being summoned to report for duty, prompting criticism of the mobilization process across the country — and rare admissions from Russian officials that mistakes have been made.

The Kremlin spokesman, Dmitri S. Peskov, acknowledged on Monday that there had been irregularities in the call-up, but sought to shift blame to local authorities implementing the mobilization.

“There are cases when the decree is violated — in some regions governors are actively working to correct the situation,” he told reporters on a daily phone call. He said that journalists, officials and nongovernmental organizations were doing “active and necessary work” in reporting on supposed violations.

The governors of several Russian regions — including Belgorod, on the border with Ukraine, and Kostroma, Vladimir and Yakutia and Magadan in the far east — have acknowledged that people who did not meet Mr. Shoigu’s criteria were being called up.

“These cases of noncompliance with the required criteria are being eliminated, and we hope that the rate of elimination will increase, and all errors will be corrected,” Mr. Peskov said.

With Mr. Putin having in effect outlawed dissent against the war, attacks against draft offices have risen since Russia’s invasion began. At least 54 recruitment centers and administrative buildings have been set on fire since then, according to Mediazona, an independent Russian news outlet. Seventeen attacks have occurred since the call-up was announced last Wednesday.

As opposition to the mobilization grows, and amid rumors that the Russian authorities could close the country’s borders to keep draftees from leaving, an estimated 261,000 men fled Russia between last Wednesday and Saturday, according to the independent newspaper Novaya Gazeta, which cited sources in the Russian Federal Security Services, or F.S.B.

In a news conference on Monday, Mr. Peskov said that “no decisions have been made for now” about whether to close Russia’s borders, according to Tass, the Russian state news agency.

With Russia’s military fighting to hold off Ukraine’s advances in the east and south, tens of thousands of draft notices have already been issued, leading analysts to believe that many recruits will soon be sent to the front lines. Britain’s defense intelligence agency said on Monday that Moscow faces formidable administrative and logistical hurdles in training the conscripts, many of whom have had no military experience in years.

“The lack of military trainers, and the haste with which Russia has started the mobilization, suggests that many of the drafted troops will deploy to the front line with minimal relevant preparation,” the agency said in its latest daily assessment. “They are likely to suffer a high attrition rate.” 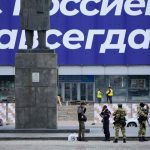 ‘Socially awkward’ neighbor of slain Idaho students denies he’s the...
11 mins ago
Being Disorganized Is Costing You Money
48 mins ago
The 7 Best AirPods Pro 2 Accessories
49 mins ago