A Shrinking Town at the Center of France’s Culture Wars 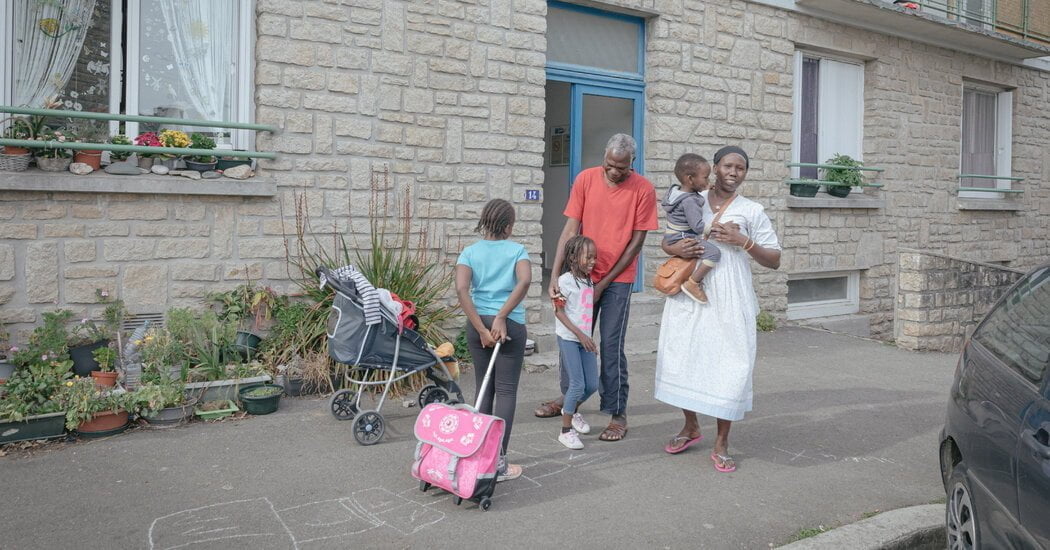 CALLAC, France — A shrinking town set among cow pastures in Brittany seems an unlikely setting for France’s soul searching over immigration and identity.

The main square is named after the date in 1944 that local resistance fighters were rounded up by Nazi soldiers, many never seen again. It offers a cafe run by a social club, a museum dedicated to the Brittany spaniel and a hefty serving of rural flight — forlorn empty buildings, their grills pulled down and windows shuttered, some for decades.

So when town council members heard of a program that could renovate the dilapidated buildings and fill much-needed jobs such as nurses’ aides and builders by bringing in skilled refugees, it seemed like a winning lottery ticket.

“It hit me like lightening,” said Laure-Line Inderbitzin, a deputy mayor. “It sees refugees not as charity, but an opportunity.”

But what town leaders saw as a chance for rejuvenation, others saw as evidence of a “great replacement” of native French people that has become a touchstone of anger and anxiety, particularly on the hard right.

In no time, tiny Callac, a town of just 2,200, was divided, the focus of national attention and the scene of competing protests for and against the plan. Today it sits at the intersection of complex issues that have bedeviled France for many years: how to deal with mounting numbers of migrants arriving in the country and how to breathe new life into withering towns, before it is too late.

As in many towns across France, Callac’s population has been in slow decline since the end of the Trente Glorieuses, the 30-year postwar growth stretch when living standards and wages rose. Today, around half the people who remain are retirees. The biggest employer is the nursing home.

A wander around downtown reveals dozens of empty storefronts, where florists, dry-cleaners and photo studios once stood. The town’s last dental office announced in July it was closing — the stress of continually turning new patients away, when her patient list topped 9,000, was too much for Françoise Méheut.

She stopped sleeping, she burst into tears over the dental chair and she turned to antidepressants before finally deciding to retire early.

“It’s a catastrophe,” Dr. Méheut said. “I have the impression of abandoning people.”

“I am selling, and no one is buying,” she added of her business. “If there was a dentist among the refugees, I would be thrilled.”

While many in town say there are no jobs, the council did a survey and found the opposite — 75 unfilled salaried jobs, from nursing assistants to contractors, despite the local 18 percent unemployment rate.

The council still hopes to carry out its plan in cooperation with the Merci Endowment Fund, an organization created by a wealthy Parisian family that had made its fortune in high-end children’s clothing and wanted to give back.

In 2016, the matriarch of the family volunteered to host an Afghan refugee in the family mansion near the Eiffel Tower. Her three sons, seeing the joy he brought to their mother’s life and the talents he offered, wanted to expand the idea broadly.

“The idea is to create a win-win situation,” said the eldest son, Benoit Cohen, a French filmmaker and author who wrote a book about the experience called “Mohammad, My Mother and Me.”

“They will help revitalize the village.”

The Merci project has proposed handpicking asylum seekers, recruiting for skills as well as a desire to live in the countryside. Then, the Cohens promise to develop a wraparound program to help them assimilate, with local French courses and apartments in refurbished buildings.

The plan also called for new community spaces and training programs for all — locals and refugees together — something that most excited Ms. Inderbitzin, the project’s local champion on the council and a teacher in the local middle school.

The town has more than 50 nonprofit clubs and associations, including one that runs the local cinema, and another that delivers food to hungry families in town.

“Social development for all — that’s in Callac’s genes,” said Ms. Inderbitzin. “It’s a virtuous circle. They could bring lots of energy, culture, youth.”

Not everyone is as excited at that prospect. A petition launched by three residents opposing the project has more than 10,000 signatures — many from far beyond Callac..

But even in town, some grumble about lack of consultation or transparency. They worry Callac will lose its Frenchness and will trade its small-town tranquillity for big-city problems. Others question the motives of a rich family in Paris meddling in their rural home.

“We aren’t lab rats. We aren’t here for them to experiment on,” said Danielle Le Men, a retired teacher in town who is starting a community group to stop the project, which she fears will bring “radical Islam” to the community.

Catching wind of the dispute, the right-wing anti-immigrant party Reconquest, run by the failed presidential candidate Éric Zemmour, organized a protest in September, warning the project would bring dangerous insecurity and complaining that it would introduce halal stores and girls in head scarves.

A block away, counterprotesters crowded the main square. “To the fascists who wave the red banner of a hypothetical replacement,” Murielle Lepvraud, a local politician with the radical left France Unbowed party, told the crowd, “I respond, yes, your ideas will soon be replaced.”

Even many of those who have experienced Callac’s decline firsthand remain unconvinced.

“All the young people left, because there are no jobs here,” said Siegried Leleu, serving glasses of kir and beer to a thin crowd of white-haired gentlemen gathered around her bar, Les Marronniers, on a Friday afternoon.

There was a time, she said, when she offered billiards and karaoke and kept the taps running late. But with the town’s youth departed, she recalibrated her closing time to match her remaining clientele’s schedule — 8 p.m.

“Why would we give jobs to outsiders?” she said. “We should help people here first.”

Standing on the street outside his small bar, which doubles as a cluttered antiques store, her neighbor, Paul Le Contellac, assessed the proposal from another angle.

His uncle married a refugee who had fled Spain with her family during the civil war and found shelter in this village. Later, when France was occupied by Nazi Germany, his grandmother harbored resistance fighters in her attic.

“This is a town that has always welcomed refugees,” said Mr. Le Contellac. “Callac is not ugly, but it’s not pretty either. It needs some new energy.”

While immigration may hold the potential to do that, the issue remains hotly contested, even while the migration crisis had been dampened by the pandemic.

Today, as the pandemic appears to wane, the numbers of asylum seekers arriving to France is climbing again, threatening to restore the issue’s volatility.

Since the height of the migration crisis several years ago, the government of President Emmanuel Macron has attempted to split the difference on its immigration policy.

On the one hand, it has aimed to deter asylum applicants by increasing police at the border and by cutting back some state services.

On the other, for those who are accepted as refugees, it has poured resources into French lessons and employment programs to ease their integration.

The government has also tried to disperse asylum seekers outside of Paris, where services are strained, housing is hard to find and large tent camps have sprung up.

Recently, Mr. Macron announced that he wanted to formalize the policy in a new immigration bill, sending asylum seekers from the dense urban centers, already plagued with social and economic problems, to the “rural areas, that are losing people.”

The plan is a lot like that being put in place already in Callac, which, paradoxically, has been receiving refugee families since 2015, about 38 people in total, with little or no notice, like many small French towns.

Mohammad Ebrahim heard the noise of the warring protests from his living room window, but had no idea what the commotion was about — certainly not about him, his wife and four children, who arrived a year ago.

Kurds who escaped Al Qaeda in Syria, they have felt nothing but welcome, flashing photos on their cellphones of community meals and celebrations they have been invited to. But the perks of village hospitality are offset by the logistics of living in the countryside without a car. Training, medical appointments, even regular French classes are all far away.

When he hears the plan to offer wraparound services and school in Callac, Mr. Ebrahim smiles broadly. “Then we could go to French class every day,” he said.

Callac may now prove to be a testing ground of whether a more structured approach can work and divisions be overcome.

“This became about French politics,” says Sylvie Lagrue, a local volunteer who drives refugees to doctor’s appointments and helps them set up their internet. “Now, everyone hopes this will quiet down, and we continue with the program.”

Though the project still has no official budget, timeline or target number of asylum seekers to be resettled, the town council nevertheless is tiptoeing ahead.

It recently bought a hulking abandoned stone school, rising like a ghost in the middle of town, and announced it planned to convert it into the “heart” of the project — with a refugee reception area, as well as a community nursery and a co-working space.

The Merci fund has already bought the building where the town’s last book store closed in August. It now plans to reopen the store for the community, while housing a first family of asylum seekers in the upstairs apartment.

“The beginning has to be slow,” Mr. Cohen said. “We have to see if it works. We don’t want to scare people.” 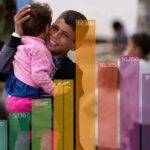 Five infographics to show impact of Taliban takeover on Europe 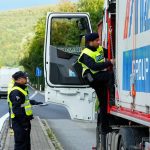 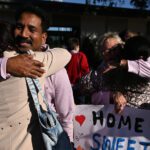