A special military group in Germany keeps the West’s weapons flowing into Ukraine. 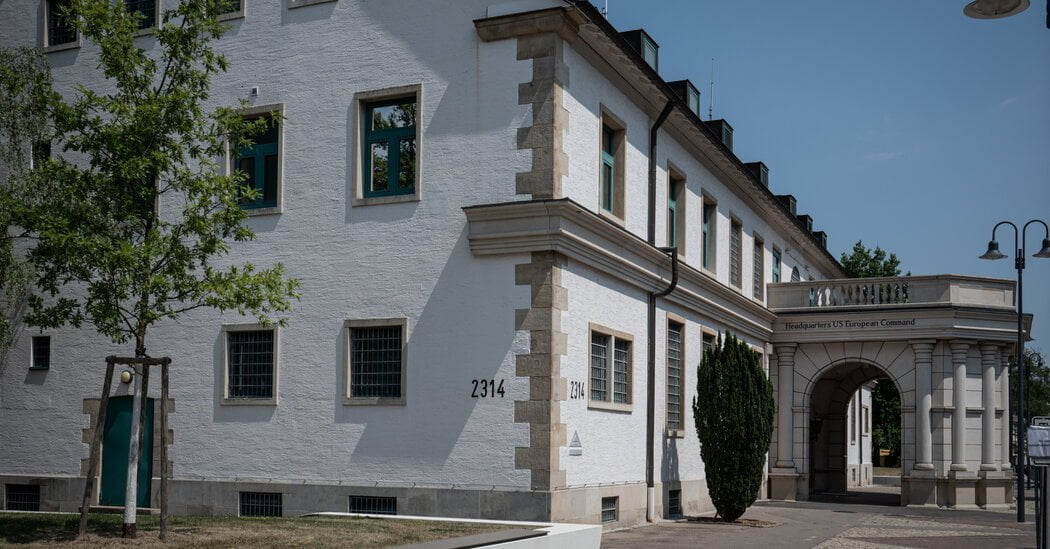 STUTTGART, Germany — It takes a village to help Ukraine fight the Russians.

Consider a recent shipment of 105-millimeter howitzers. Britain donated the weapons, and New Zealand trained Ukrainian soldiers how to use them and provided spare parts. The United States supplied the ammunition and the vehicles to tow them and flew the load to a base near Ukraine’s border.

Choreographing the sequence was the job of dozens of military logistics specialists ensconced in a large, secure attic room at the U.S. European Command headquarters in Germany. The little-known group is playing a pivotal role in keeping the Ukrainian military armed and equipped as its battlefield needs become more complicated.

Think of the cell as a cross between a wedding registry for bombs, bullets and rocket artillery, and a military version of FedEx. Uniformed officers from more than two dozen countries try to match Ukraine’s requests with donations from more than 40 nations, then arrange to move the shipments by air, land or sea from the donor countries to Ukraine’s border for pickup. All within about 72 hours.

As the brutal five-month-old war appears to be edging closer to a new phase — with Ukraine laying the groundwork for a major offensive in the country’s south — Ukrainian political leaders and commanders are pressing the United States and its other allies to accelerate and broaden the flow of arms and munitions.

The weapons distribution nerve cell, formally called the International Donor Coordination Center, is where it happens. For such a high-profile mission, the uncooled room has a distinctly bare-bones feel. Officers sit at long folding tables, tapping on their laptops or conversing on phone headsets with colleagues in several different languages.

The center started its round-the-clock operations in March, combining British and American efforts to coordinate the flow of weapons and equipment. The process is straightforward. Ukraine submits requests through a secure, classified database. Military officers peruse the online list to determine what their countries can donate without jeopardizing their own national security. Nations also contribute training and transportation. A Ukrainian three-star general working in the center answers questions and clarifies his country’s priorities.

About 75 percent of the arms are sent to staging bases in Poland, where Ukrainian troops pick up their cargo and take it back across the border.

In nearly five months, the center has moved more than 78,000 tons of arms, munitions and equipment worth more than $10 billion, U.S. and Western military officials said.

Once the weapons are in Ukraine, U.S. and other Western military officials say they are not able to track them. They rely on Ukraine’s accounts of how and where the arms are used.

Why Kerry Washington Still Feels Like She’s Just Getting Started