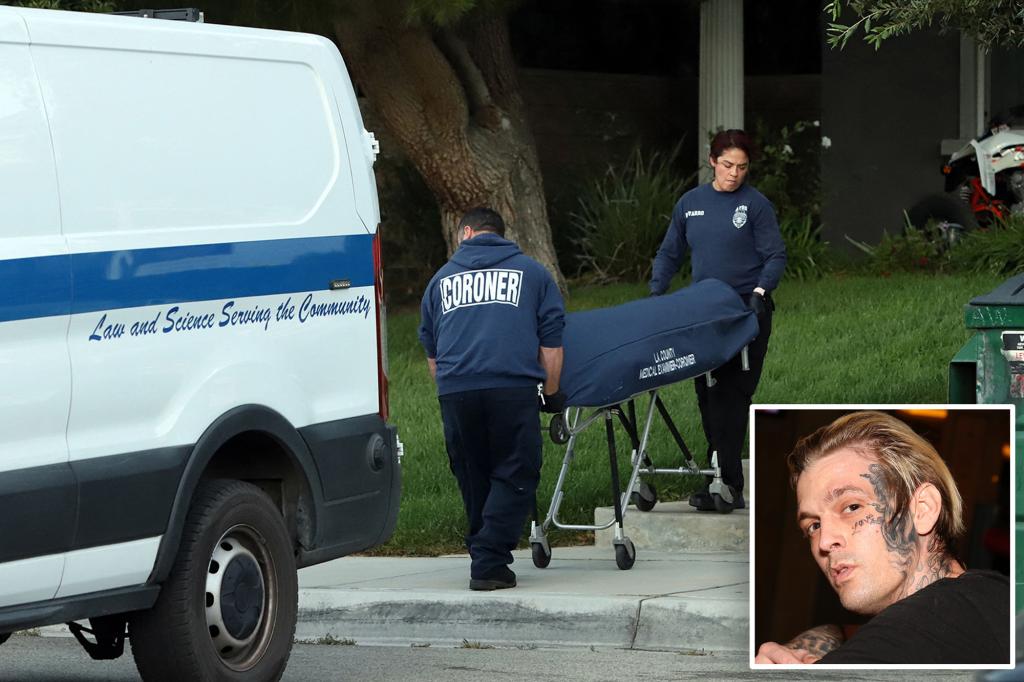 Aaron Carter’s body was removed from his California home where he was found dead in a bathtub Saturday morning at the age of 34.

Officials with the Los Angeles County Coroner’s office were seen wheeling Carter’s covered body out on a stretcher and loading him into a van. Deputies from the Los Angeles Sheriff’s Department were also outside of the Palmdale home.

Police responded to the home and found Carter dead just before 11 a.m. Saturday morning. Sources told TMZ that cops received a 911 call about a drowning, however an official cause of death has yet to be announced.

“It is with great regret to confirm Aaron Carter was found unresponsive this a.m. in his home in Palmdale, CA,” his rep told Page Six in a statement Saturday. “The family has been notified and will be flying out to Los Angeles. Aaron worked very hard towards the end of his life in recovery, to be a good father and to make amends with his family.”

The child star-turned-rapper rose to stardom in the late 1990s opening for the Backstreet Boys. His older brother, Nick Carter, was a member of the group.

Carter released his self-titled debut album in 1998, which sold a million copies shortly before he turned 10 years old. His second album, 2000’s “Aaron’s Party (Come Get It) ” went triple platinum with pop hits like “I Want Candy.” The pre-teen heartthrob became a regular on Nickelodeon and guest-starred on the Disney Channel.

In later years, Carter suffered from drug addiction and legal troubles, including a DUI in Georgia in 2017.

Carter revealed he became addicted to opioids in 2019 after he was prescribed oxycodone as he recovered from a broken jaw he sustained in a fight.

Carter was engaged to Melanie Martin. The two, who had an on-and-off again relationship, had just welcomed their first child last November — a baby boy named Prince Lyric Carter.

Carter shared in September that he was voluntarily attending an outpatient rehab program in order to regain custody of the child.

Carter was reportedly suspected of driving under the influence just three days before he was found dead at his California home. Carter was cleared after officers conducted field sobriety tests, which he passed. 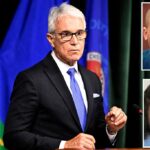 How To Plant Elephant Ear Bulbs In Spring

How Much Water Does A Marigold Need?

Georgia fugitive gets himself arrested after commenting on ‘most wanted’...
16 mins ago
MOMMY VS DADDY || The Best Tips For Smart Parenting
49 mins ago
15 Great Expensive Gifts for Gamers
1 hour ago