Tyler Shandro, the province’s minister of justice and solicitor general, said that he had instructed Deputy Commissioner Curtis Zablocki, the head of the Royal Canadian Mounted Police in Alberta, to “refuse to participate” in the program, which will require owners of more than 1,500 models of rifles that are now illegal to turn them in to the police.

Christine Tell, Saskatchewan’s public safety minister, soon sent a similar letter to the head of the Mounties in her province expressing the government’s opposition to police involvement in the new gun control program.

[Read from May: Canada Plans to Ban Handgun Sales and Possession of Assault Weapons]

While the Mounties, of course, are a federal police force, Mr. Shandro said that he had the authority to issue the directive because the force, as is the case in most provinces, also acts as Alberta’s provincial police under a contract with Alberta.

“Alberta taxpayers pay over $750 million per year for the R.C.M.P., and we will not tolerate taking officers off the streets in order to confiscate the property of law-abiding firearms owners,” Mr. Shandro said at a news conference.

The instruction, the Alberta government said in a news release, falls under a section of its contract with the Mounties allowing the province to set the “objectives, priorities and goals” of the mounted police officers working within its borders. Mr. Shandro suggested that if the Mounties didn’t heed the provincial government, it would challenge the force through a dispute settlement system also outlined in the contract.

The federal government immediately dismissed the idea that either provincial government could order the Mounties to circumvent federal gun law they oppose.

“Weapons of war have no place in our communities, which is why our government banned these guns, and our buyback program will get them off our streets for good,” Alexander Cohen, a spokesman for Marco Mendicino, Canada’s public safety minister, wrote in an email. “The courts have repeatedly confirmed that regulating firearms falls squarely within federal jurisdiction. Albertans and Saskatchewanians expect their federal and provincial governments to work together to protect their communities, not pull dangerous stunts.”

I asked the Royal Canadian Mounted Police, which is stuck in the middle of all this, for its response to the two provinces, but I did not hear back.

Eric Adams, who teaches constitutional law at the University of Alberta, tells me that if Alberta and Saskatchewan succeed, they will potentially be creating problems for their residents.

“You may be well setting them up to commit an illegality,” he said, referring to owners of banned rifles left without a way to turn in them in. “Why on earth would you, as a government, want to set up citizens to be running afoul of the Criminal Code when those guns become listed? It makes no sense to me.”

It’s a bit fuzzy in this case what control the provinces exert over the Mounties that they’ve hired for policing, Professor Adams said. He adds that it raises some of the same issues that emerged after Prime Minister Justin Trudeau’s inner circle exerted pressure on the attorney general to cut a deal rather than launch a criminal prosecution of the engineering company SNC-Lavalin on corruption charges.

“We’re right up against that line between the political direction of prosecutorial discretion — which you don’t want and which is not a healthy feature of any democracy — and Alberta government setting the policy objectives and direction of their force as they have to be able to do,” Professor Adams said.

All of this comes as Danielle Smith appears poised to succeed Jason Kenney as the leader of the United Conservative Party, which will also make her the premier of Alberta next week. In her campaign, Ms. Smith promised to introduce an Alberta sovereignty act that would, as she put it, allow the province to become “a nation within a nation.” She said such a law would basically allow Alberta to ignore federal laws within its borders if it believes they infringe on the province’s jurisdiction or violate the Canadian Charter of Rights and Freedoms.

Mr. Kenney and Ms. Smith’s opponents for the leadership have condemned the plan as unconstitutional. Many legal scholars, including Professor Adams, have pointed out that provinces have always had the option of asking courts to weigh in on the constitutionality of federal laws.

Alberta went that route in the late 1990s when it went to court to challenge the 1995 federal law that required owners of rifles and shotguns, or long guns, to register them. It argued that guns are property and thus fall under provincial jurisdiction. The Supreme Court of Canada in 2000 dismissed that notion and found that laws around firearms fall entirely under the federal government’s jurisdiction.

Professor Adams said that any attempt by a province to avoid federal gun rules or set its own would run into that court decision.

“Alberta persists in making this argument on jurisdictional grounds,” he said. “I think there’s no ledge to stand on, constitutionally speaking.”

A native of Windsor, Ontario, Ian Austen was educated in Toronto, lives in Ottawa and has reported about Canada for The New York Times for the past 16 years. Follow him on Twitter at @ianrausten.

How are we doing?
We’re eager to have your thoughts about this newsletter and events in Canada in general. Please send them to [email protected] 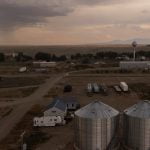 Brazil’s Bolsonaro ends post-election loss silence: ‘It hurts my soul’
32 mins ago
8 New Years Resolutions to Help You Become More Creative...
41 mins ago
What Makes Jewelry Valuable? The Gold or the Artistry?
53 mins ago