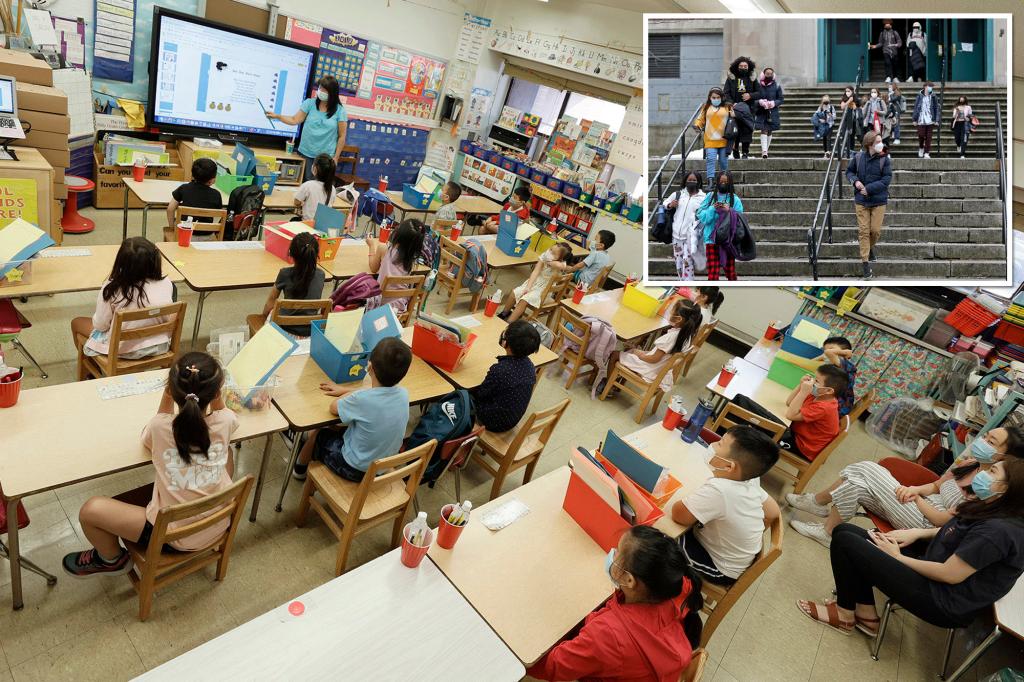 ​Americans’ ​confidence in the US public school system has fallen nearly to the all-time low of 26% recorded in 2014, according to a poll released Thursday that also found the gap between the faith Democrats and Republicans have in the system has expanded.​

Overall, 28% of Americans say they have a “great deal/quite a lot” of confidence in the country’s school systems, barely beating the record low from 2014, a Gallup poll shows.

Trust has been on a downward slide since it hit a high of 62% in 1975 but rebounded slightly to 41% in 2020 at the outset of the coronavirus pandemic.

The survey also indicated the stark political divide between parties – with 43% of Democrats saying they have confidence in the system compared to only 14% of Republicans.

Among independents, that rate is at 29%.

The 29 percentage point difference between Democrats and Republicans has expanded from a 25 point gap last year.

The margin of the political division on education has remained relatively steady – about 7 points on average – since Gallup began asking the question in 1973, other than in 2013 when it shot up to 19 points before subsiding once again.

The poll suggests the recent controversy over the teaching of Critical Race Theory in public schools – which played a crucial role in Virginia’s gubernatorial election in 2021 – as fueling the divisions.

The poll also indicated that Republicans’ displeasure with the education system has widened dramatically since 2020.

Gallup noted that Americans’ confidence in the school system increased in the early days of the pandemic as teachers and administrators struggled to devise and follow safety regulations to protect against the disease, but fell off quickly afterward.

​”​At the same time, public education has become more politicized, with Republicans more opposed than Democrats to distance learning and student face mask requirements during the COVID-19 pandemic​,” the poll pointed out.​”Debate has also erupted at the national and local levels over school curricula touching on racism, gender theory and sexual orientation,” it said.

The poll — which surveyed 1,015 Americans between June 1 and 20 — has a plus-minus 4 percentage points margin of error.