Home » Analysis from Italy: A political crisis that nobody wanted
News

Analysis from Italy: A political crisis that nobody wanted 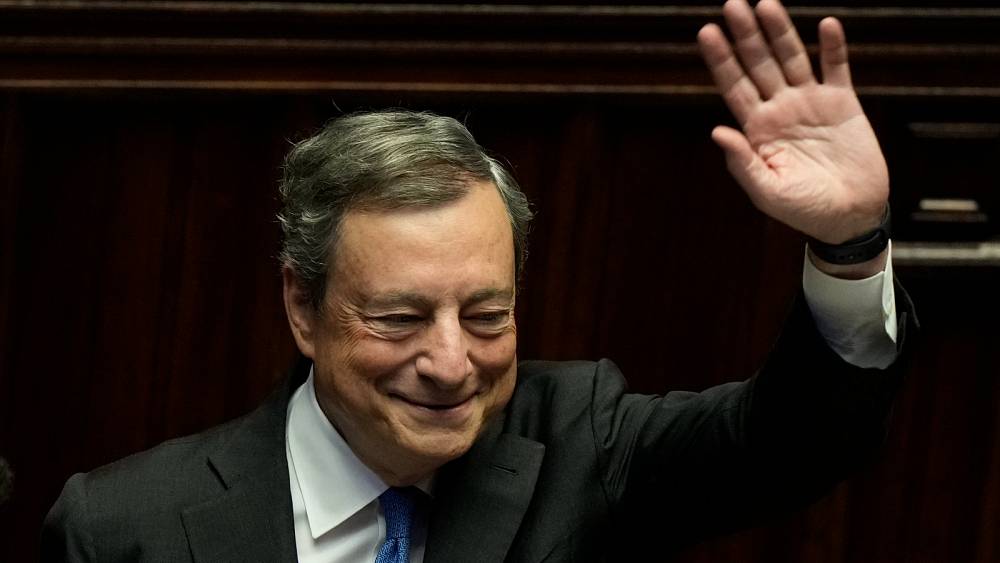 Euronews’ Rome correspondent Giorgia Orlandi writes from Italy to give her analysis of the government crisis that has led to a snap election.

“Sometimes also central bankers have a heart”: That’s how a sentimental Mario Draghi greeted Italy’s parliament moments before stepping down as prime minister.

It’s a scene that definitely embodies the sense of drama behind one of the craziest and completely unexpected political crises that Italy has ever experienced.

After his resignation was rejected by Italian President Sergio Mattarella, Draghi’s government won a confidence vote but it was too late.

The 5-Star Movement had tabled a list of demands as a condition for remaining in the coalition and it pushed other political forces to do the same.

Divisions and disagreements had been increasing within the diverse coalition that had been held up previously by Draghi’s leadership and the need to steer the country through the pandemic and its economic effects.

The confidence vote that both President Mattarella and Draghi had hoped would serve as a wake up call to restore things – proved itself a failure. By then three of Draghi’s coalition partners had already withdrew their support.

No one really answered Draghi’s call for unity.

“Are you ready to rebuild the pact?” the former central banker asked lawmakers, imploring political forces to renew and strengthen a sense of unity that he described as “the only way forward”.

“You don’t need to answer me but you rather owe that response to all Italians.”

A few days earlier, around a thousand mayors, business organisations, union leaders, and ordinary citizens had urged Draghi to stay on. So it’s fair to say the government’s collapse and Draghi’s departure mostly let Italians down.

Could have this been avoided and who’s responsible for it? Is it just political parties’ fault or is it the system that failed? Could Draghi have been less rigid, opting for a last compromise?

I see this as a mix of everything, but clearly there is a more serious issue going on. Over the last few years in Italy, there have been multiple government crises.

Italy’s political system has been very fragile with a political leadership crisis there for quite sometime.

But now it feels like a political crisis that few Italians wanted, with only 30% of them wanting to go back to the polls.

This has shown that Italian politics has betrayed the one principle that keeps a democracy together and that is listening to the people’s will.

The One Thing You Can Control at Work Is You