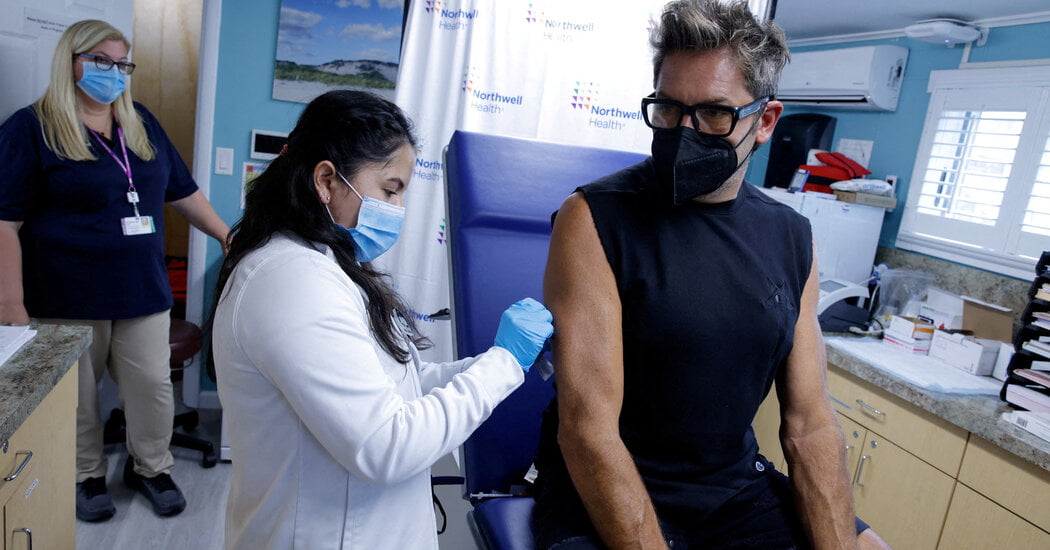 President Biden’s health secretary on Thursday declared the growing monkeypox outbreak a national health emergency, a rare designation signaling that the virus now represents a significant risk to Americans and setting in motion measures aimed at containing the threat.

The declaration comes more than a week after the World Health Organization declared a global health emergency over the outbreak, and it gives federal agencies power to direct money toward developing and evaluating vaccines and drugs, to access emergency funding and to hire additional workers to help manage the outbreak, which began in May.

“We’re prepared to take our response to the next level in addressing this virus, and we urge every American to take monkeypox seriously,” the health secretary, Xavier Becerra, said at a news briefing.

The president and Mr. Becerra have been under intense pressure from activists and public health experts to move more aggressively to combat the outbreak. Earlier this week, Mr. Biden named a veteran emergency response official and a respected infectious disease specialist to coordinate the response from the White House — a sign that the administration is stepping up its efforts.

Supplies of the monkeypox vaccine, called Jynneos, have been severely constrained, and the administration has been criticized for moving too slowly to expand the number of doses. Declaring the emergency would not ease that shortage, but the administration may take steps to allow quicker access to tecovirimat, the drug recommended for treating the disease.

As of Wednesday, the United States had recorded nearly 7,000 monkeypox cases, with the highest rates per capita in Washington, New York and Georgia. More than 99 percent of the cases are among men who have sex with men.

The virus is transmitted mostly during close physical contact; the infection is rarely fatal — no deaths have been reported in the United States — but can be very painful. The country now has among the highest rates of monkeypox infection in the world, and the number is expected to rise as surveillance and testing improve.

Declaring monkeypox an emergency sends “a strong message that this is important, that it must be dealt with now,” said Anne Rimoin, an epidemiologist at the University of California, Los Angeles, and a member of the W.H.O.’s advisory panel on monkeypox.

Dr. Rimoin is one of the scientific advisers who urged the W.H.O. to categorize monkeypox as a “public health emergency of international concern,” a designation the organization has used only seven times since 2007.

With panelists divided on the matter, Dr. Tedros Adhanom Ghebreyesus, the W.H.O.’s director general, overruled the advisers to declare monkeypox a global emergency, a status currently held by only two other diseases, Covid-19 and polio.

In the United States, demands for stronger action against monkeypox have intensified. Recently, Representative Adam Schiff, Democrat of California, called on the Biden administration to step up the manufacturing and distribution of vaccines, and develop a long-term strategy for combating the virus.

Senator Patty Murray, Democrat of Washington State, who leads the health committee, pushed the Department of Health and Human Services to provide a detailed account of the steps it is taking the contain the outbreak.

AIDS activists, who have been sharply critical of the administration, have been demanding an emergency declaration for weeks. “This is all too late,” said James Krellenstein, a founder of PrEP4All, an advocacy group. “I don’t really understand why they didn’t do this weeks ago.”

Lawrence O. Gostin, director of the O’Neill Institute for National and Global Health at Georgetown University, described an emergency declaration as “a pivotal turning point in the monkeypox response, after a lackluster start.”

The decision to declare an emergency is likely to be politically unpopular, said Dr. Carlos del Rio, an infectious disease physician at Emory University in Atlanta. He noted that many in Congress had been pressing the administration to lift the public health emergency for Covid-19.

Still, “I think it’s long overdue for the U.S. to declare the monkeypox outbreak a public health emergency,” he said.

The emergency designation would allow the F.D.A. to authorize measures that can diagnose, prevent or treat monkeypox, without having to go through the agency’s usual exhaustive review. The agency relied heavily on this provision to speed tests, vaccines and treatments for the coronavirus.

Declaring an emergency also gives the Centers for Disease Control and Prevention more access to information from health care providers and from states. Generally, federal agencies like the C.D.C. cannot compel states to share data on cases or vaccinations.

During the outbreak, federal health officials have regularly shared information on testing capacity or on the number of vaccines shipped to states. But the C.D.C.’s data on the number of cases lag that of local public health departments, and the number of people vaccinated, or their demographic information, is mostly unavailable.

“We are again really challenged by the fact that we at the agency have no authority to receive those data,” Dr. Rochelle Walensky, the C.D.C.’s director, said at an event hosted recently by The Washington Post.

The agency is working to broaden its access to state data, but in the meantime, the information is spotty and unreliable. Local health departments are underfunded, understaffed and exhausted after more than two years of grappling with the Covid-19 pandemic.

“A declaration of this monkeypox outbreak as a public health emergency is important, but more important is to step up the level of federal state and local coordination, fill our gaps in vaccine supply and get money appropriated from Congress to address this crisis,” said Gregg Gonsalves, an epidemiologist at Yale School of Public Health and an adviser to the W.H.O. on monkeypox.

“Otherwise we’re talking about a new endemic virus sinking its roots into this country.”