At Least 17 Migrants Die After Boat Capsizes Off Bahamas 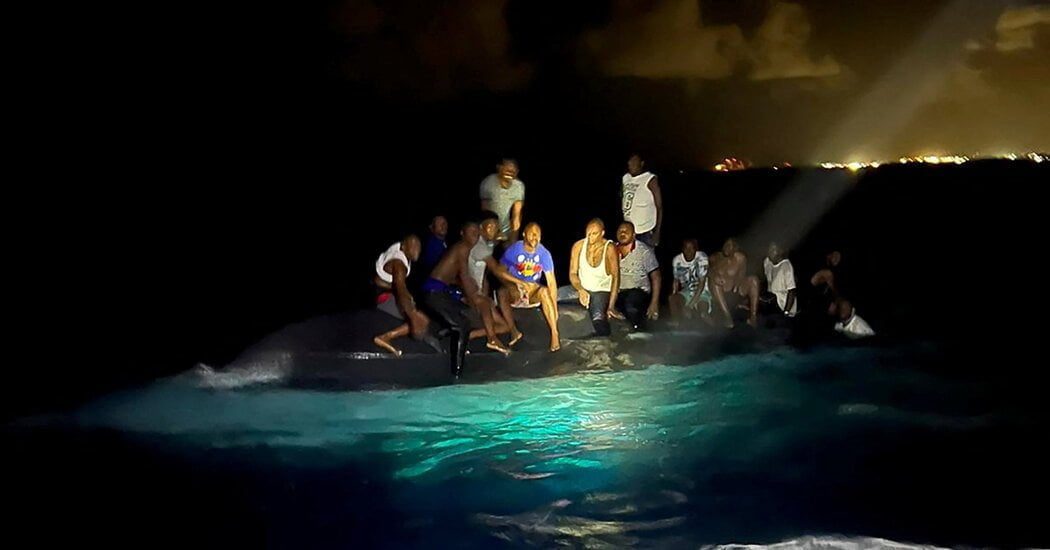 NASSAU, the Bahamas — At least 17 Haitians, including a child, died Sunday after their boat capsized off the Bahamas on its way to Florida, the latest tragedy amid a spike in the number of migrants trying to reach the United States by sea.

The local authorities said they had rescued 25 passengers from the 30-foot speedboat, which overturned in rough seas about seven miles from the Bahamas’ most populated island, New Providence, shortly after midnight on Sunday. They said that up to 60 people had been in the boat and that the Bahamian and American coast guards were searching for those missing.

It was the worst loss of life in Bahamian waters since at least 2019, when 27 Haitian migrants died when their boat capsized en route to the United States.

“We mourn lives lost of those seeking a better way of life,” Keith Richard Bell, the Bahamas’ immigration minister, said on Sunday.

Two of those rescued are Bahamian citizens and will be questioned as part of an investigation into the possible involvement of local smugglers, the police said. The passengers paid $3,000 to $8,000 to travel on the boat, according to Bahamian officials.

The accident underlines the challenge the Caribbean island nation faces from a swell in the number of migrants, primarily from Haiti and Cuba, entering its territory to escape economic turmoil and political persecution at home. Most are hoping to eventually reach Florida.

With a vast majority of illegal migration into the United States coming over the Mexican border, the growing use of the more dangerous sea routes has failed to draw a great deal of attention in Washington.

Just on Friday, the U.S. Coast Guard intercepted a boat carrying about 200 migrants off the Florida Keys.

The number of Haitian migrants repatriated by immigration authorities in the Bahamas nearly tripled last year from a year earlier, to more than 2,200, according to official statistics, as Haiti sank into chaos following the assassination of President Jovenel Moïse. In recent months, Haiti has been rocked by worsening gang violence, which has claimed hundreds of lives and turned parts of the capital, Port-au-Prince, into war zones.

“It is a failed state as we speak,” Prime Minister Philip Davis of the Bahamas said Sunday in a news conference, discussing the rising numbers of Haitian migrants.

The number of Cubans repatriated from the Bahamas increased fivefold last year, to 226, coinciding with the largest crackdown on dissent in decades on the Communist-led island. The official repatriation numbers mask the much larger number of migrants who pass undetected through the Bahamas’ territory.

The spike in migration has stretched the resources of the Bahamas, a tourism-dependent nation whose economy is still recovering from the pandemic.

The number of “illegal migrants and seizures and repatriations is through the roof, frankly,” the nation’s attorney general, Ryan Pinder, said last month. It is “much higher than we’ve ever seen before.”