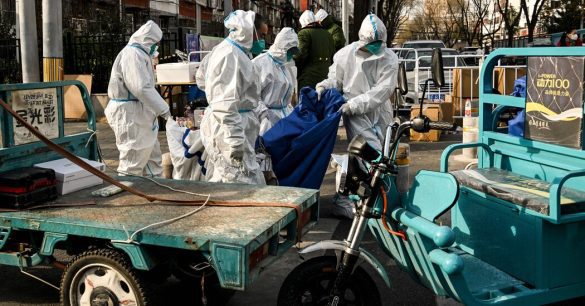 “This problem should be exposed, and the numbers should be returned to their true appearance, or they should not be reported at all,” said Hu Xijin, the former editor in chief of the Global Times, a Communist Party newspaper, on Weibo, a popular social media site. “This is not conducive to maintaining the seriousness of official information nor is it conducive to shaping everyone’s objective understanding of the spread of the epidemic.”

In Beijing, where P.C.R. testing booths have disappeared from many sidewalks,at least 2,600 cases were recorded on Thursday, according to the government, but that tally is widely seen as a significant undercount.

Some residents said that they already had the virus but were not seriously ill.

Hannah Yang, 38, a manager at a film distribution company in Beijing, said more than half of her colleagues had tested positive this week. “Most of the people feel there’s no need to see a doctor,” she said. “More people are stockpiling medicine.”

She said that she and her son, an elementary school student, also tested positive on Friday morning. “I feel nothing,” Ms. Yang said. “It seems that the virus is very gentle.” She said that her symptoms were a lot milder than the cold she had three months ago.

“I feel there must be many positive cases in Beijing,” she said. “No one is seriously fortifying against the virus anymore.”

Despite the government’s reassurances, the abrupt dismantling of three years of bureaucratic machinery to halt the spread of Covid has prompted concern from medical experts outside of mainland China. The experts had been calling instead for China to conduct a six-month vaccination campaign before opening up.

A year ago, China was vaccinating more than 20 million people a day. But that effort fizzled out last June, with vaccinations falling to a couple hundred thousand people a day. After pushing residents to have two shots and a booster last year, China has not yet moved on to administering fourth doses. So most of the population has had no recent protection. 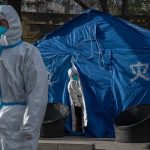 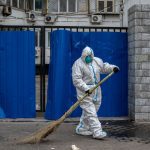 After Fanning Covid Fears, China Must Now Try to Allay Them
Share 0 FacebookTwitterPinterestLinkedinRedditEmail

How to Create and Use an Omoji on Your OnePlus Device

20 of the Saddest Christmas Movies of All Time