Home » Brittney Griner heads back to court, caught up in a war far away from home.
News

Brittney Griner heads back to court, caught up in a war far away from home. 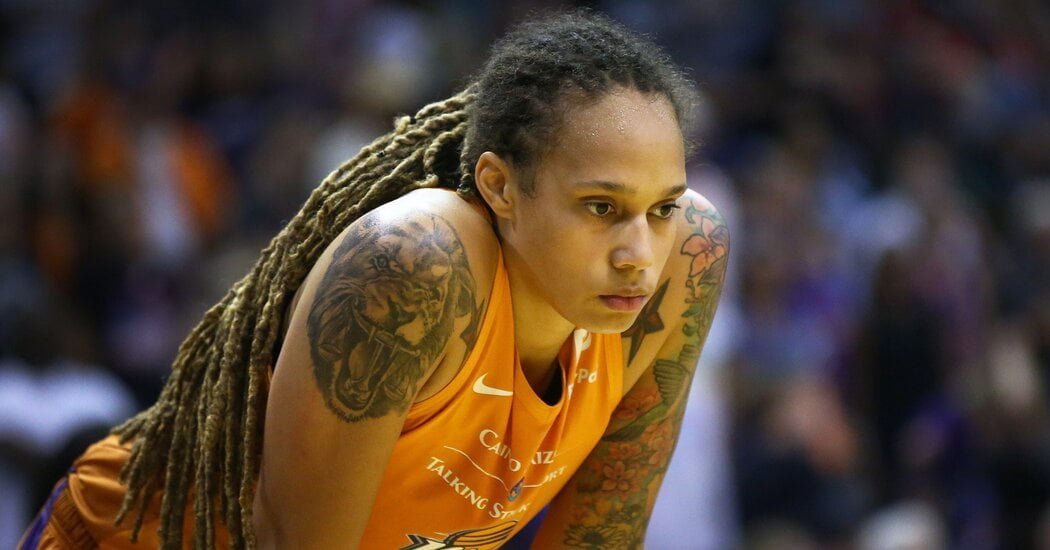 It has all the elements of a dark episode from the Cold War: An American basketball star is detained in Russia, ensnared in what some U.S. officials call a sham trial influenced by the geopolitics of a war. Moscow accuses the United States of hyping the case for political reasons. Talk of a potential prisoner swap bubbles beneath the surface.

As the trial of Brittney Griner resumes Thursday in a courtroom outside of Moscow, the world is watching for clues to the fate of one of the world’s most famous prisoners, who has spent more than 140 days in custody in Russia.

The case began days before Russia invaded Ukraine, when Ms. Griner was accused by Russian authorities of having a vape cartridge with hashish oil in her luggage at an airport near Moscow on Feb. 17.

Last week, Ms. Griner pleaded guilty to drug charges, stressing that she had no intention to break the law; her lawyers have said that she packed the smoking cartridges by mistake. As her trial continues, questions are swirling: Is a guilty verdict a foregone conclusion, as legal experts suggest? Could she face a 10-year sentence in a Russian penal colony? Or will a behind-the-scenes deal between Washington and Moscow free her?

Given its acrimonious relations Moscow, Washington’s options to secure her freedom are circumscribed. Her best hope, experts say, is that the Biden administration secures her freedom by releasing a Russian held in the United States. Russian media outlets have linked her case to Viktor Bout, a Russian arms dealer known as the “Merchant of Death,” who is serving a 25-year federal sentence in Illinois for conspiring to sell weapons to people who said they planned to kill Americans.

What to Know About Brittney Griner’s Detention in Russia

Why was she in Russia? Griner was in Russia playing for an international team during the W.N.B.A. off-season. Trading rest for overseas competition is common among the league’s players for many reasons, but often the biggest motivation is money.

Does this have anything to do with Ukraine? Ms. Griner’s detention comes during an inflamed standoff between Russia and the United States over Russia’s invasion of Ukraine, but it is still unclear whether Russia might have targeted Ms. Griner as leverage against the United States.

In the United States, Ms. Griner’s case has garnered the attention of President Biden and the support of many in the American sports world, while also prompting criticism that Washington is not doing enough to secure her release.

Secretary of State Antony J. Blinken has vowed that the U.S. government will not back down until Ms. Griner and other “wrongfully detained Americans” are brought home.

The case is also bound up in issues of race, gender and sexuality. Ms. Griner is Black and openly gay, and her many supporters have worried that her chances for a fair trial are even more remote in Russia, a country where gay people face routine discrimination.

The American basketball superstar LeBron James recently appeared to criticize the U.S. government’s efforts to bring Ms. Griner home. “Now, how can she feel like America has her back?” Mr. James said in a trailer for an episode of his television show, “The Shop: Uninterrupted.” “I would be feeling like, ‘Do I even want to go back to America?’” He later clarified in a tweet on Tuesday that he “wasn’t knocking our beautiful country.”

The Plight of Brittney Griner in Russia

The American basketball star has endured months in a Russian prison on charges of smuggling hashish oil into the country.

“The court will be looking at all evidence in any case,” said Ms. Blagovolina, a partner at Rybalkin, Gortsunyan, Dyakin, a Moscow law firm, adding: “We hope that her guilty plea would make the court more lenient.”

Whatever the outcome of the case, the emotional cost for Ms. Griner, who has two Olympic gold medals, has been severe.

“I’m terrified I might be here forever,” Griner wrote in a recent letter to President Biden, adding, “Please don’t forget about me.”

BEST SUMMER HACKS FOR ALL OCCASIONS

Janeane Garofalo Never Sold Out. What a Relief.