A majority of Bulgaria’s lawmakers on Thursday approved sending the country’s first military aid to Ukraine.

The National Assembly voted 175-49 with one abstention in favour of a proposal submitted by four nominally pro-EU parties.

The government now has one month to decide what kind of weapons Bulgaria can provide without affecting its own defence capabilities.

Bulgaria previously agreed to repair Ukrainian military equipment at its factories but refused to send weapons directly due to opposition from President Rumen Radev and the country’s Moscow-friendly political parties.

Along with Hungary, Bulgaria was the only EU member country that had declined to give Ukraine weapons as it fought Russia’s invasion and war.

The heated debate that preceded the vote reflected the divisions in Bulgaria since Russia invaded its neighbour.

Even though the country belongs to both NATO and the EU, many Bulgarians harbour strong sympathies for Russia rooted in history, culture, and religion.

President Radev, a former army general, has been accused of maintaining close ties with Moscow and his Russian counterpart Vladimir Putin.

Radev has rejected the charges, maintaining he has condemned the Russian aggression “from the first day of this war”.

Bulgaria also relies heavily on Russian energy supplies, which has been another point of contention between pro-Russian and pro-EU political parties in Bulgaria.

The pro-Russian nationalist Vazrazhdane Party called on its supporters to gather in front of the parliament building to protest the military aid for Ukraine, saying the aid “pushes the country into war”. 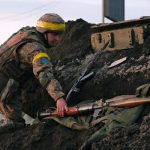 She’s a Doctor. He Was a Limo Driver. They Pitched a $30 Million Arms Deal. 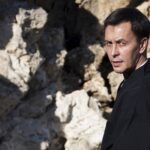 How to Build Drag and Drop Components in React

Russian Retreat Reveals Signs of an Atrocity in a Ukrainian...
21 mins ago
How to Protect Your Holiday Lights From Rain and Snow
1 hour ago
Kanye West storms out of Tim Pool interview after pushback...
1 hour ago