The European Union, the world’s wealthiest single market, intends to oppose the creation of a brand-new international fund for climate reparations, the very same topic expected to dominate talks at COP27.

“We don’t want discussions to concentrate on a new fund,” a senior EU official said on Friday, speaking on condition of anonymity.

“It’s a much bigger story than a particular fund.”

Climate reparations, also known as loss and damage, refer to the financial payments that developing nations from the Global South demand from the industrialised Global North in order to compensate the irreversible havoc wreaked by the climate crisis.

Low-income countries argue they are disproportionally affected by extreme weather phenomena, such as devastating floods and longer-than-usual droughts, even though their release of greenhouse gas emissions has been negligible compared to that of the North.

A 2020 study published in The Lancet revealed the Global North was responsible for 92% of excess global carbon emissions since the advent of the Industrial Revolution, when burning fossil fuels became the norm.

The EU and the UK contributed to about 29% of all emitted gasses.

The international community has already committed to raise €100 billion per year for developing countries, but this money is designed to focus on mitigation (reducing the impact on greenhouse gas emissions) and adaption (preventing and minimising the adverse effects of climate change.)

The annual target has never been met.

The Global South considers climate reparations, which relate to permanent destruction, as a third, separate pillar in this equation. For that reason, they demand the creation of a brand-new fund, totally distinct from the €100 billon destined for mitigation and adaptation.

There is no agreed-upon figure that reflects the actual extent of loss and damage, although some studies have put the number between €290 billion and €580 billion per year by 2030, and up to €1.8 trillion by 2050.

“This is a fundamental question of climate justice, international solidarity and trust.”

The contentious issue stoke tensions last year at COP26 in Glasgow, when a coalition of 134 developing countries, together with China, pushed to include reparations in the conclusions, only to be met with American and European resistance.

The debate is now expected to come back, possibly stronger than ever, at COP27 in Sharm El-Sheikh, Egypt.

“We need actual money,” Avinash Persaud, special envoy to the Barbados prime minister, said ahead of the summit.

Despite the growing calls coming from all corners of the South, the EU intends to hold its ground and oppose, at least for the time being, the establishment of a financial fund.

It is believed that such a fund could open the door for endless legal claims against the EU, the UK, the US and other wealthy nations, whose carbon footprint dates back centuries.

The bloc, however, appears to be willing to move forward the conversation around the hot-button topic and identify the specific needs of each developing country on the frontline.

This process should take place through the so-called Santiago Network, a system of technical assistance launched in 2019 that is yet to become fully operational.

“The needs of countries are very different. There is no one-size-fits-all solution for loss and damage,” said the senior EU official.

A similar tone was struck by John Kerry, the US’ special climate envoy, who last month admitted his country had a “responsibility” and would not be “obstructing” the discussion on loss and damage at COP27.

Kerry, like his European counterparts, avoided the term “reparation,” which has politically sensitive implications.

Officials in Brussels insist that any potential compensation should be first addressed through existing mechanisms, including humanitarian and development aid, before any fresh money is put on the table.

“There’s a concern that, if we focus only on creating a new fund without completing the necessary conversation, we will spend the next years negotiating that fund,” said another EU official.

“We get a lot of pushback from developing nations. This is kind of counter-intuitive because all the financial flows need to be reformed in order to address the whole challenge of climate action.”

Officials also stress that the focus of climate finance should remain, first and foremost, on climate mitigation, which is meant to tackle present-day threats and can help reduce residual damage.

But cracks in the EU’s adamant opposition have begun showing.

Last month, German Foreign Minister Annalena Baerbock said her country would “work toward a fair sharing of the costs” at COP27 and strive to put loss and damage “on the agenda.” 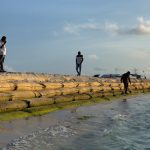 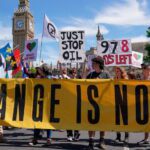 In a First, U.S. Pays Tribes to Move Away From Climate Threats

WEIRDEST SHOE CRAFTS YOU SHOULD SEE || How To Upgrade...
35 mins ago
Arab Fans Confront Israeli Reporters Covering World Cup in Qatar
46 mins ago
The Right Way to Get Rid of Your Old Couch
1 hour ago