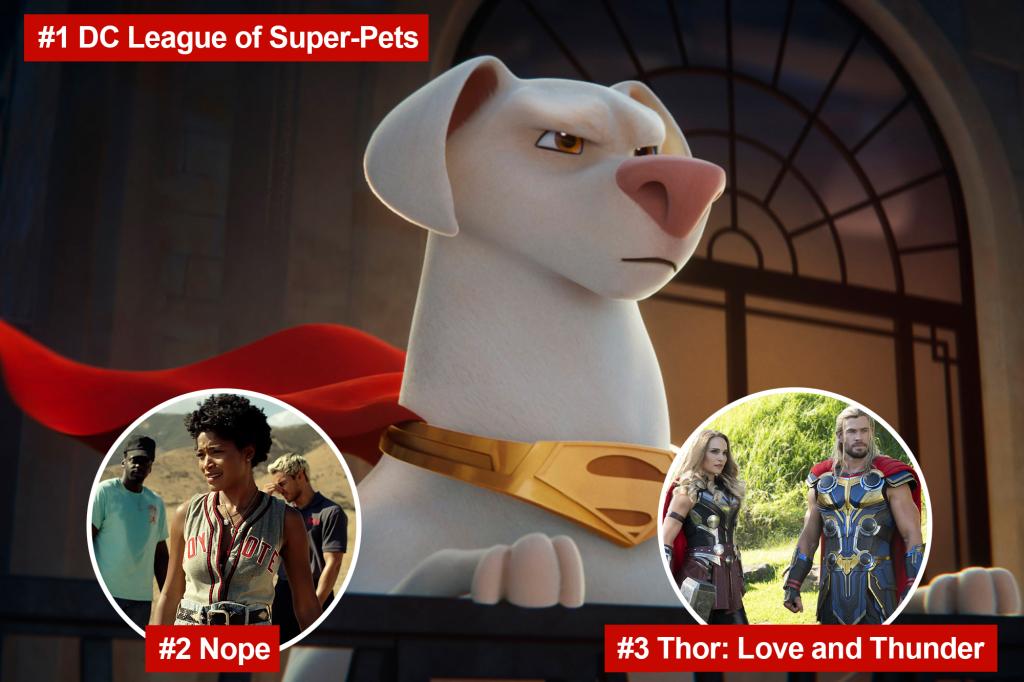 It’s the “super” dog days of summer at the box office this weekend.

On its opening night, “DC League of Super-Pets” took in $9.3 million according to IMDB’s Box Office Mojo.

The animated Warner Brothers film featuring Krypto the Super-Dog, voiced by Dwayne Johnson, and Superman, voiced by John Krasinksi, as best friends, is predicted to have a debut weekend estimated to be close to $23 million, according to The Hollywood Reporter.

“Nope,” the Jordan Peele sci-fi horror film came in second place, taking home $5.8 million. The film dropped 70 percent in sales since Friday, and earned over $5.84 million in the eight days since its release, according to Forbes.

“Thor: Love and Thunder” is getting less love this week, coming in third with a little over $3.75 million in sales. The Disney/Marvel moneymaker met with some controversy when Malaysia canceled its opening there after the country’s censorship authority asked for cuts to be made on the film, such as a same-sex kiss, which Disney declined, according to Variety.

“Minions: The Rise of Gru,” the fifth film in the “Despicable Me” franchise, landed in fourth with over $3.3 million in sales, with the Tom Cruise-led “Top Gun: Maverick” flying down to fifth.