Dog rescued after being thrown off Florida bridge in plastic container 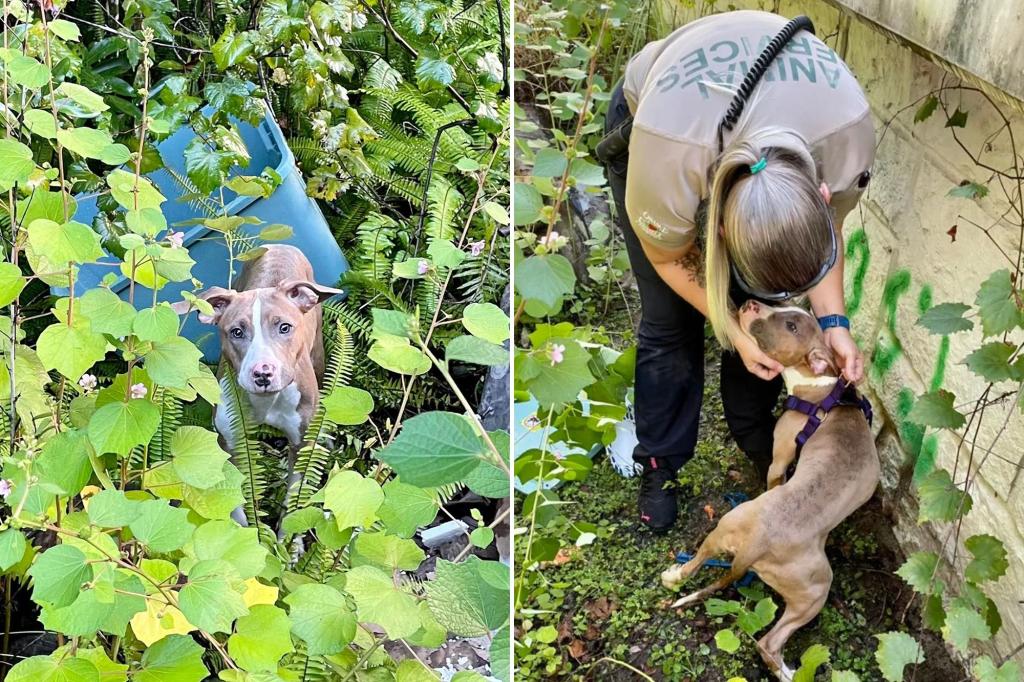 A dog that was heartlessly thrown off a bridge in a plastic storage container has been rescued and even found her forever home thanks to the help of police and animal service officials in Florida.

The pooch was first discovered Wednesday by a passerby who then called Orange County Animal Services to report the animal was “curled up inside” a container that was tossed under a bridge, the agency said.

The woman, who had been out walking her own dog, flagged down a deputy from the Orange County Sheriff’s Office for help, police said.

After nearly 30 minutes of struggling through brush on their hands and knees, and even scaling a 15-foot wall, the deputy and Animal Services officer finally reached the distraught dog, according to the sheriff’s office.

“What they found was a young female dog inside a small blue plastic tote that had been thrown away like garbage,” Animal Services said.

The adorable 4-year-old puppy, named Daisy by her rescuers, was miraculously unhurt from the fall.

She has since been adopted, and “is waiting for her chance at real happiness,” Animal Services said.

“We will never understand why people do these cruel things to animals, but we feel fortunate that so many residents see something and say something,” the agency continued.

The agency said the county shelter is only a short drive from where Daisy was dumped.

“And yet someone chose instead to commit this act of cruelty,” they said.

Constance Wu Says She Faced Harassment on Fresh Off the Boat