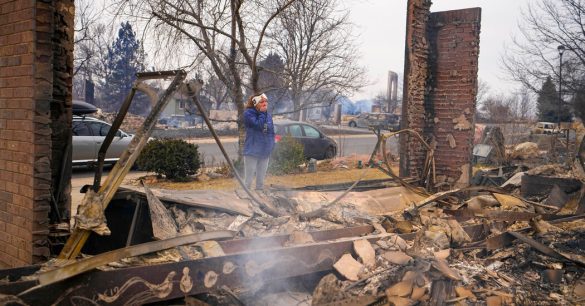 The Trump administration tried, but largely failed, to halt work on the next report, and its release was pushed back to 2023.

A change in priorities. Gabon, a major producer of oil, knows the resource won’t last forever. So the country’s officials are turning to the Congo Basin rainforest for revenue — while also promising to preserve the area. The approach, which aims to strike a balance between the needs of a nation and those of a world facing a climate crisis, appears to be working.

A warming Siberia. Rapid warming of the Arctic has led to extreme wildfire seasons in Siberia in recent years, scientists have concluded, and such severe fires are likely to continue. The researchers said that the region may be near a threshold beyond which even small temperature increases could result in more intense fires.

Shift to clean energy. The energy crisis sparked by Russia’s invasion of Ukraine is likely to speed up rather than slow down the global transition away from fossil fuels and toward cleaner technologies like wind, solar and electric vehicles, the International Energy Agency said in its annual World Energy Outlook, a 524-page report that forecasts global energy trends to 2050.

Climate pledges fall short. Countries are failing to live up to their commitments to fight climate change, pointing Earth toward a future marked by more intense fires, drought and other havoc, according to a new U.N. report. Just 26 of 193 nations that agreed last year to step up their climate actions have followed through with more ambitious plans.

The draft report comes as world leaders are meeting in Sharm el Sheikh, Egypt, this week for the annual United Nations climate change summit. This year’s talks are focused on the harm that global warming is inflicting on the world’s poorest nations and the question of what rich countries should do to help. But the forthcoming U.S. assessment will offer a stark reminder that even wealthy nations will face serious consequences if temperatures keep rising.

The United States has warmed 68 percent faster than Earth as a whole over the past 50 years, according to the draft report, with average temperatures in the lower 48 states rising 2.5 degrees Fahrenheit (1.4 degrees Celsius) during that time period. That reflects a global pattern in which land areas are warming faster than oceans are, and higher latitudes are warming faster than lower latitudes are as humans heat up the planet, primarily by burning fossil fuels like oil, gas and coal for energy.

Americans can now feel the effects of climate change in their everyday lives, the draft says. In coastal cities like Miami Beach, Fla., the frequency of disruptive flooding at high tide has quadrupled over the last 20 years as sea levels have risen. In Alaska, 14 major fishery disasters have been linked to changes in climate, including an increase in marine heat waves. In Colorado, ski industries have lost revenue because of declining snowfall.

Across the country, deadly and destructive extreme weather events such as heat waves, heavy rainfall, droughts and wildfires have already become more frequent and severe.

In the 1980s, the nation suffered an extreme weather disaster that caused at least $1 billion in economic damage about once every four months, on average, after adjusting for inflation. “Now,” the draft says, “there is one every three weeks on average.” Some extreme events, like the Pacific Northwest heat wave last year that killed at least 229 people, would have been virtually impossible without global warming. 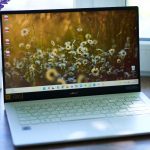 How to Get 5.1 Audio in Google Chrome & Desktop Spotify for Windows

Ragnarok’ Settings to Make the Game Even Better

Late-Winter and Early-Spring Bloomers for the Southern Plains
25 mins ago
Always Keep Soy Milk in Your Pantry
39 mins ago
Florida man breaks into home, kills family puppy with machete:...
54 mins ago