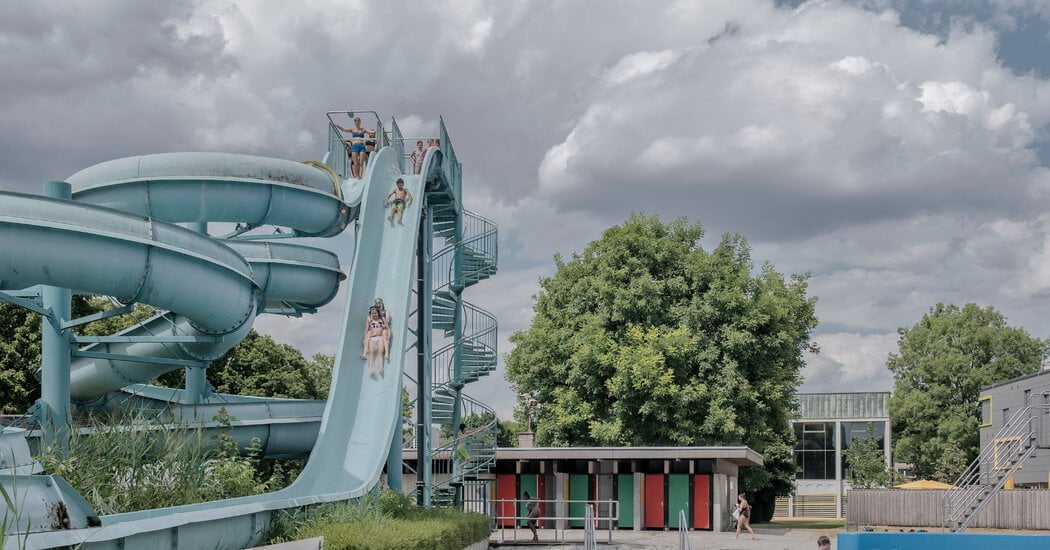 Instead, these days he has the unpopular task of calculating which traffic lights to shut off, how to lower temperatures in offices and swimming pools — and perhaps, if it comes to it, pulling the plug on Bavarians’ beloved but energy-intensive breweries.

Municipal officials like Mr. Hübschle, the economic adviser to the provincial Bavarian city of Augsburg, sit on the front line of a geopolitical struggle with Russia since European Union leaders agreed this week to try to reduce natural gas consumption by 15 percent, fearing that President Vladimir V. Putin could cut exports in retaliation for Europe’s support for Ukraine.

Nowhere is that fear more profound than in Germany, Europe’s biggest consumer of Russian gas. With over half of its gas supply coming from Moscow before the invasion of Ukraine, cheap Russian gas was an underpinning of Germanys’ powerful industry. Officials had even planned to double down with a second pipeline from Russia, until the war forced the project to be suspended.

Augsburg is now among the places spearheading a conservation effort growing state by state, as some German cities offer financial incentives to cut gas usage, while others dim street lamps. But such efforts already extend well beyond Germany, too.

Across Europe, towns and cities are finding different ways to help citizens shave energy usage. Barcelona is offering home efficiency assessments, while Warsaw is subsidizing homes that replace fossil-burning stoves with heat pumps. In the Meurthe-et-Moselle region of eastern France, a dozen villages have been shutting off their streetlights at midnight.

It is all in an effort to outmaneuver Mr. Putin, whom Mr. Hübschle, oddly for a local official, finds himself trying to read the mind of.

Even if Europe merely “gets by” with the current reduced gas deliveries, Mr. Hübschle believes it may deter Russia from trying to cut off supplies this winter.

“If Putin gets the impression that he can really hurt the economy of the biggest European countries, he won’t hesitate to cut off gas supply,” he said. “If it’s not hurting too much, he’ll choose taking the money over inflicting the pain.”

While not binding, for now, the E.U. consumption targets have sent a clear signal not only of European resolve to stand up to Mr. Putin, but also real concern that European economies are at risk, especially if Germany, the continent’s economic powerhouse, takes a hit.

The Kremlin-controlled Gazprom underlined the threat this week when it reduced flows through Nord Stream 1 into Germany to just 20 percent, citing, unconvincingly for many, problems with its German-made turbines.

Europe’s Shift Away From Fossil Fuels

The European Union has begun a transition to greener forms of energy. But financial and geopolitical considerations could complicate the efforts.

Roughly half of all homes in Germany are heated with gas, while a third of the country’s gas is used by industry. If the coming winter is particularly cold, a cutoff would be brutal.

But future weather is difficult to predict — as are Moscow’s ultimate intentions. Economists are also struggling to assess whether a shut-off could leave Germany facing a recession of 3 percent, or 20.

“If our cleverest economists have no idea, and admit it, then how could I?” Mr. Hübschle said.

What he does know is that, with energy prices skyrocketing, Augsburg was already facing an 80 percent rise in expenditures — around 11 million euros. Officials are scrambling to avoid passing those costs on to residents.

Augsburg’s mayor, Eva Weber, even ordered the shutdown of many of the city’s fountains, and limited operating hours for three fountains connected to the city’s 800-year-old water management system, a UNESCO world heritage site.

The city initiatives have come in the wake of months of prodding by Germany’s economy minister, Robert Habeck, who has taken painful steps for a Green politician, like reopening coal-fired power plants to replace those that burn gas and rapidly expanding infrastructure for liquefied natural gas, along with securing contracts for deliveries from Qatar and the United States.

In a recent social media post, Mr. Habeck admonished people to change their daily habits as part of the effort to reach the country’s goal of saving 20 percent.

“If you think, OK, swapping out the shower head, thawing out the freezer or turning down the heater, none of that makes a difference — you are deceiving yourself,” Mr. Habeck said. “It is an excuse to do nothing.”

Some officials have expressed concern that the government is stoking panic. And some are hoping incentives will encourage careful energy use.

Chancellor Olaf Scholz has pledged to increase housing subsidies and shield renters from evictions over unpaid heating bills. This week, Munich announced an “energy bonus” of 100 euros to households that cut their annual consumption by 20 percent, and its utility company launched an energy-saving competition for customers this autumn.

Germans seem to be responding. The Federal Association of Energy and Water said the country was using almost 15 percent less gas compared to the same period last year, a trend they partly attributed to the record price of energy. Costs will increase further by the beginning of October, when the government introduces a gas surcharge.

In response, space heaters and wood ovens are selling out in many cities, and there is a long wait for mini-solar-panel units to power some home devices.

Claudia Kemfert, an energy economist with the German Institute for Economic Research, said such savings were critical but worried the country had wasted several months with appeals to citizens instead of taking more robust action with business.

Companies have shown they can reduce their gas consumption when they are not given a choice. Automaker Mercedes-Benz said on Wednesday it had trimmed 10 percent of its gas usage, and could cut as much as 50 percent while maintaining full operations.

“There is a lot we can achieve through market-based approaches, we should exhaust every option we have on that front so that we can avoid an emergency situation,” Ms. Kemfert said.

Municipal officials say they will have no way to understand how much their efforts can help until they get more data.

In Munich, capital of the southern state of Bavaria and an epicenter of German industry, the deputy mayor, Katrin Habenschaden, is skeptical.

“I honestly don’t believe that this can be compensated for, as much as I appreciate it through our efforts now to save energy.” she said. “Rather, I believe that we simply need other options or other solutions.”

As the deputy responsible for managing economic affairs, she has been helping the city with a kind of economic triage — assessing what kind of rationing different companies could face. Businesses, big and small, are courting the city, to make their case for why they should be spared.

Bavaria is of particular concern because it is home to companies that are drivers of German industry, like BMW and Siemens. The conservative regional government’s reluctance to challenge its heavy dependence on gas and push forward on renewable energies has also left it particularly vulnerable, Ms. Habenschaden, a Green, argued.

In Augsburg and Munich, local officials have requested that every city employee send their suggestions. One Augsburg civil servant pointed out the city’s two data centers were a major energy drain. They are now considering whether they can rely on just one.

More quietly, many local leaders are pondering which energy-hungry German traditions may have to be put on the chopping block, should the country be forced into energy rationing: Beer making? Christmas markets?

Mr. Hübschle said he believes Bavaria should shut down its famous breweries before letting its chemical industry face gas shortages.

Meanwhile, Rosi Steinberger, a member of Bavaria’s regional parliament, now works in a dark office to cut her consumption, and is debating whether to provoke the inevitable ire of Munich by suggesting it cancel its world-famous Oktoberfest. It is scheduled to return this fall after a two-year pandemic pause.

“I haven’t asked yet,” she said, with a nervous laugh. “But I also think that when people say there should be no taboos in what we consider — well, that’s what you have to think about.”

On the Set of ‘Law & Order: SVU,’ an Unscripted Meet Cute