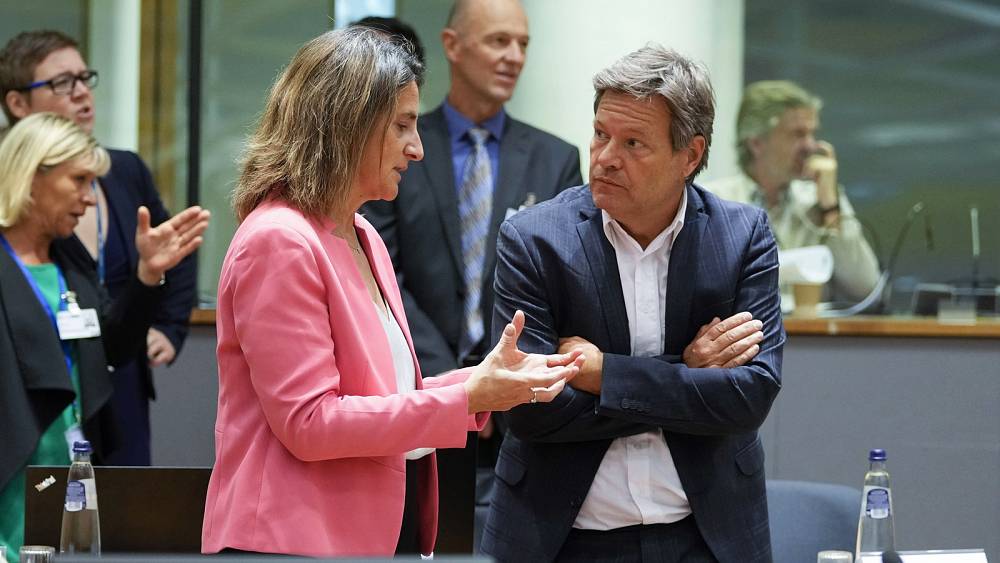 Energy ministers from EU countries have reached a deal on an unprecedented energy plan that will introduce a voluntary 15% reduction in gas consumption across the bloc from now until next spring.

The reduction could become mandatory in case of extreme gas shortages, although many countries would be automatically spared from making painful sacrifices under a long list of agreed-upon exemptions.

The draft plan was unveiled last week by the European Commission in response to Russia’s continued manipulation of gas supplies, which is raising fears of a winter shortage.

The Czech Republic, which holds the rotating EU Council’s presidency, announced the breakthrough on Tuesday, at exactly 12:00 PM CET.

Ahead of the meeting, Jozef Síkela, the Czech minister for trade and energy, had warned that “winter is coming” and urged his colleagues to strive for a deal.

“We don’t know how cold it will be but what we know for sure is [Vladimir] Putin will continue to play his dirty games in misusing and blackmailing through gas supplies and this is something we have to prepare our households and economies for and we have to protect them,” Síkela added.

In its original text, the Commission proposed that all 27 member states should cut down their gas consumption by 15% from August until March 2023. The first phase will be voluntary, based on coordination, fuel switching, temperature limits and information campaigns.

Businesses, public buildings and private households will all be asked to contribute to the collective undertaking, which could help save up to 45 billion cubic metres (bcm) of gas.

But in the event of a drastic or complete reduction in Russian gas, the 15% target will become mandatory under an innovative “Union Alert” system.

This will open the door for rationing across the bloc, forcing hand-picked energy-intensive factories to shut down for a certain period of time. Households and essential services, such as hospitals and schools, will remain spared – unless the crisis turns desperate.

‘I think we’ll have a deal’

The Commission’s ambitious plan immediately came under attack by several member states, particularly those from the South, who denounced it as disproportionate, unfair and ineffective.

The last days saw a flurry of negotiations to introduce amendments and secure carve-outs to the 15% reduction should it turn mandatory. Countries pushed to make the target more malleable and tailored to national circumstances.

The final compromise kept the 15% goal intact but presented a long list of exemptions to the Union Alert system.

Countries who are not interconnected to their neighbours or are not synchronised with the European electricity system will be spared from the compulsory reduction.

This will benefit insular nations – Malta, Cyprus and Ireland – and the Baltic states, which are still hooked to the Russian power grid and might need to boost their gas supplies if the Kremlin cuts them off.

“Asking the same from every member state overnight, it seems even a bit unfair to me,” said Riina Sikkut, Estonia’s minister for economic affairs and infrastructure. “But I’m sure that if we all put in the effort that it’s asked, we can do enough to successfully survive the winter.”

Another exemption will apply to those countries who demonstrate they use their liquefied natural gas (LNG) infrastructure to import from non-Russian suppliers and then export to fellow member states.

Spain, Portugal, Italy, Belgium and Greece were among those who requested the tweak.

“This package doesn’t fully satisfy anybody,” said Teresa Ribera, Spain’s minister for the ecological transition, ahead of Tuesday’s meeting. “But it can be a very positive meeting point.”

Ribera, who has been one of the most critical voices against the Commission’s draft, struck a more conciliatory tone in Brussels but insisted the principle of solidarity should be based on flexibility and efficiency.

“I think we’ll have a deal,” Ribera told reporters. “We all understand that when somebody asks for help, we have to help.”

Derogations to the mandatory 15% reduction could be also be requested by those who overshoot their gas storage filling targets – minimum 80% by 1 November –, those who are heavily dependent on gas to power critical industries and those who have increased their gas consumption by at least 8% in the past year.

The long list of special provisions immediately cast doubt over the 45 billion cubic metres of gas that the Commission estimates the bloc could save under the 15% target. The executive’s power to trigger the Union Alert system was also watered down, giving a greater say to member states.

Still, the Commission welcomed the Council’s agreement, achieved in less than a week.

“By acting together to reduce the demand for gas, taking into account all the relevant national specificities, the EU has secured the strong foundations for the indispensable solidarity between member states in the face of the Putin’s energy blackmail,” said EU Commission President Ursula von der Leyen in a statement.

For his part, German Vice-Chancellor Robert Habeck, who attended Tuesday’s meeting, warned that so many exemptions to the 15% target could cause “too much bureaucracy” and slow down the bloc’s response in times of crisis.

“But the exemptions, in themselves, they are reasonable, they can be explained,” Habeck admitted. “It’s very important that Europe stays united and is able to send a strong signal.”

Claude Turmes, Luxembourg’s energy minister, said the bloc will “stand together” and overcome “this winter, and then, next winter.”

“And then anyway, it’s bye, bye, Russian gas,” he quipped.

Selena Gomez MAKES FUN of Her Single Status on TikTok