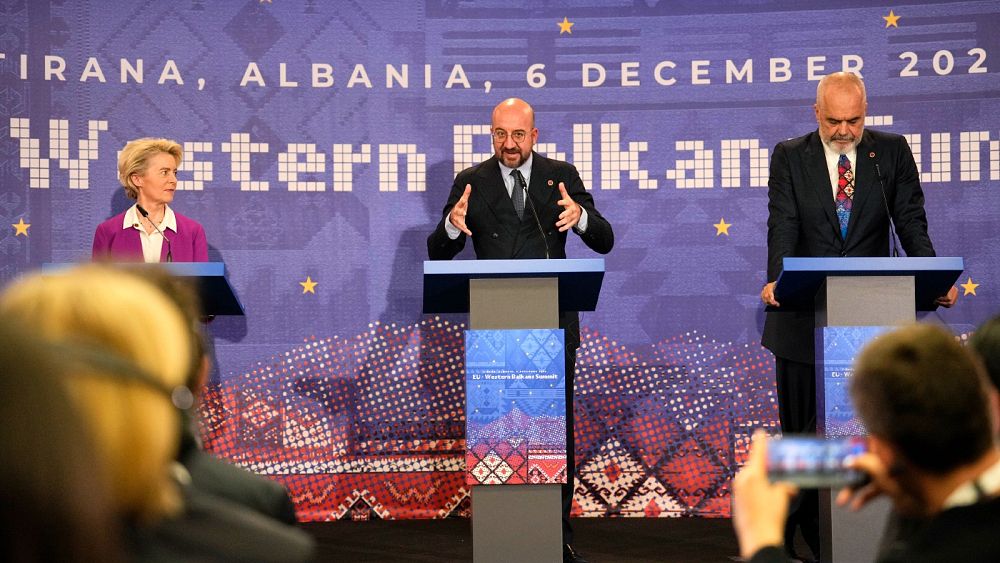 European and Western Balkan leaders sought to close ranks in the face of Russia’s war in Ukraine as they met in Tirana on Tuesday, hailing closer cooperation on energy, security and migration.

The summit was hailed by most leaders as “historic” because it was the first time that leaders from both sides met in a Western Balkan country.

For host Edi Rama, Prime Minister of Albania, the main takeaway from the gathering was that “for the first time, the Balkans are being seen and treated like a geopolitical, strategic reason for the European Union.”

The proof, he told reporters during a joint press conference with the heads of the European Council and European Commission, is that Western Balkan countries are now getting access to EU programmes that were previously only earmarked for members of the 27-country bloc.

“We need to do the homework,” he said, “but at the same time what is happening is historic because the European Union is in the meantime creating spaces and creating mechanisms of support that are bringing us nearer without waiting to be members.”

Russia’s war in Ukraine has “no doubt” been “an accelerator”, he added, but “it’s a new mindset” from the EU.

New assistance to the Balkans

The EU’s assistance to the region to tackle the negative impacts of the war includes a €1 billion energy package with half of the money to assist vulnerable households and businesses in coping with higher energy costs and the other half to support infrastructure investments in renewables as well as electricity and gas interconnections.

This is on top of two other packages worth €30 billion and €1.8 billion respectively to help the region diversify its energy sources and upgrade rail and waterway transport, waste and wastewater management, and digital and education infrastructure.

An agreement to start lowering roaming costs starting next year and to progressively continue doing so until 2027 as well as the commitment to integrate Western Balkan universities into Erasmus+ and the European Universities initiative were also announced.

“We see a very decisive time and it is like a curtain that is being raised,” Commission chief Ursula von der Leyen said.

Both the EU and the Western Balkans are facing “very transformative times,” she said, but are crucially taking “the same direction of travel” which will ultimately help when these six EU hopefuls eventually become members of the EU.

“The way we address, for example, the energy crisis, that together we are already aligned right now in investing massively in renewables with the view that in a future time, hopefully very close future, we will be in one union and use the same renewable infrastructure that we are building now,” she said.

She nevertheless urged the Western Balkans to continue to align with the bloc’s foreign and security policy, including sanctions.

Serbia is an outlier having so far refused to impose sanctions on Russia, unlike the EU which has rolled out eight packages to stymie Moscow’s ability to fund its war and could issue new sanctions before the end of the year.

The bloc also renewed calls for the region to align with its visa policy following a surge of irregular arrivals through the Western Balkan route.

Other areas for closer cooperation outlined in the conclusions of the summit include the fight against foreign informational manipulation and interference, and against counter-terrorism, cyber and other hybrid threats. 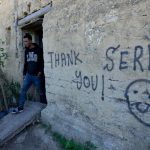