Home News EU must reform to cope with enlarging to 30 to 36 members, says Scholz
News

EU must reform to cope with enlarging to 30 to 36 members, says Scholz 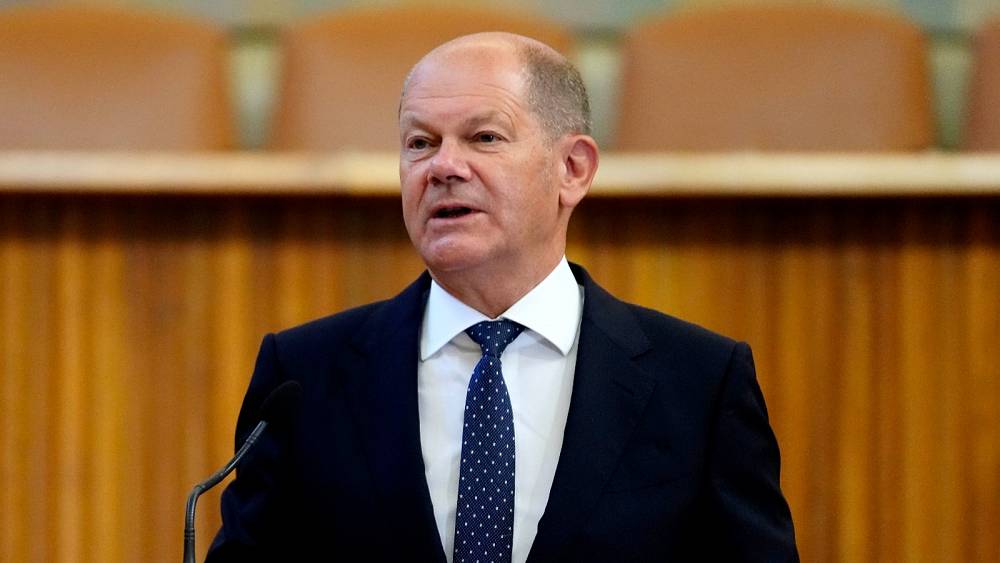 The European Union must undergo major reforms now to be ready to cope with having 30-36 members in the future, Germany’s chancellor Olaf Scholz said on Monday.

He added the bloc should also ditch the requirement for unanimity in its decision-making process, which has in the past allowed single countries to veto key collective decisions.

“The centre of Europe is moving eastwards,” Scholz said, delivering a wide-ranging speech at the Charles University in Prague.

“In this expanded union, the differences between the member states will grow as far as political interests, economic clout and social security systems are concerned,” he said. “Ukraine isn’t Luxembourg, and Portugal views the challenges of the world differently than North Macedonia.”

Scholz called on the EU to take its promises “seriously” when it comes to enlargement and carry out institutional reforms “now” to adapt itself for the eventual arrival of new member states, such as Ukraine, Moldova, Georgia and countries in the Western Balkans.

Since the entrance of Croatia in 2013, the last country to join the EU, the accession process has ground to a halt, leading to bitter complaints from candidate countries, left today in a sort of enlargement limbo.

Among the necessary reforms, the Chancellor suggested a “gradual” transition away from unanimity, a strict requirement that still applies to select areas of work, such as foreign policy and taxation, and that often bogs down collective action at the EU level.

Defenders of unanimity, however, say the system allows smaller EU countries to ensure their points of view are heard and respected.

“Swearing allegiance to the principle of unanimity only works for as long as the pressure to act is low,” Scholz said, acknowledging that “every country must be listened to”.

Scholz cited sanctions and human rights as two potential starting points where the bloc could move from unanimity to a qualified majority.

The chancellor also said the way seats are allocated in the European Parliament should be reformed to prevent the hemicycle from becoming “bloated” with the arrival of new states.

For the European Commission, Scholz proposed the longstanding rule of “one country, one commissioner” be maintained but with a different arrangement between portfolios, including having two commissioners assigned to the same area of work.

“Let’s seek such compromises – for a Europe that works!” he declared.

‘We do need a game plan’

In his speech, Scholz spoke at length about the tectonic changes unleashed by Russia’s decision to invade Ukraine and the multiple, pressing challenges besetting the EU as a result.

“Right now, we’re asking ourselves once again where the dividing line will run between this free Europe and a neo-imperialist autocracy in the future,” he said.

The chancellor made the case for greater European sovereignty and autonomy “in all fields,” like energy, rare minerals, semiconductors, data mobility, the space sector and broadband Internet, as well as the green technology needed to achieve climate neutrality by 2050.

“Economic independence doesn’t mean self-sufficiency. That cannot be the goal of a Europe that has always benefited, and continues to benefit, from open markets and trade,” he said.

“But we do need a game plan– something like a Made in Europe 2030 strategy.”

He backed a plan to establish an EU rapid reaction force of 5,000 troops by 2025, which would allow the bloc to respond with greater speed to international crises and conflicts.

Since the Ukraine war broke out, Scholz has unveiled ambitious plans to transform Germany’s military policy, injecting an extra €100 billion into the under-resourced national army.

‘We must close ranks’

Against the advance of “autocrats” around the world, Scholz said, the EU must “close ranks” and find solutions to its two most divisive issues: migration and fiscal policy.

“We need immigration. We are currently seeing in our airports, our hospitals and in many businesses that we are short of skilled labour all over the place,” he said.

In the chancellor’s view, the EU has exhausted the current system that provides ad-hoc responses each time a migration crisis erupts. Instead, he suggested, the bloc should come up with a new policy to facilitate legal migration, reduce irregular entries and offer asylum to people “in need of protection.”

Scholz called for the development of the Schengen area and threw his support behind the applications of Croatia, Romania and Bulgaria, who are still on the waiting list to join the passport-free club.

“Croatia, Romania and Bulgaria fulfil all the technical requirements for full membership. I will work to see them become full members,” he promised.

On fiscal policy, the chancellor described the COVID-19 pandemic as a turning point, when “ideology gave way to pragmatism” with the creation of the EU-wide €750-billion recovery fund.

Member states are currently debating the reform of the EU fiscal rules, which were paused to weather the fallout from the pandemic. The rules are meant to ensure that all countries keep their deficit under 3% and debt under 60% of GDP, limits that many now exceed by a very significant margin.

Discussions centre on the speed of the debt reduction and possible exceptions to the calculation.

“We want to talk about it openly with all our European partners – without prejudice, without lecturing, without blame games,” Scholz said.

On rule of law and the rise of so-called “illiberal democracy,” Scholz said the EU cannot “stand by” when its core democratic principles come under threat.

“We should not shy away from using all the means at our disposal to correct failings,” he said, suggesting the European Commission be given new tools to rein in the wrongdoing by member states.

“I would prefer not to have arguments about the rule of law go all the way to court. What we, therefore, most need, next to all the procedures and sanctions, is an open dialogue at the political level.”

At the end of his speech, the Chancellor repeated his calls for profound and ambitious reform to deal with the aftermath of Russia’s invasion of Ukraine.

“When, if not now – as Russia tries to shift the line between freedom and autocracy – will we lay the cornerstones of an enlarged union of freedom, security and democracy?” Scholz told the audience.

“Europe is our future. And that future is in our hands.” 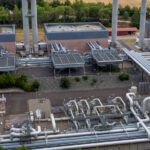 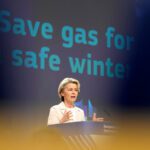