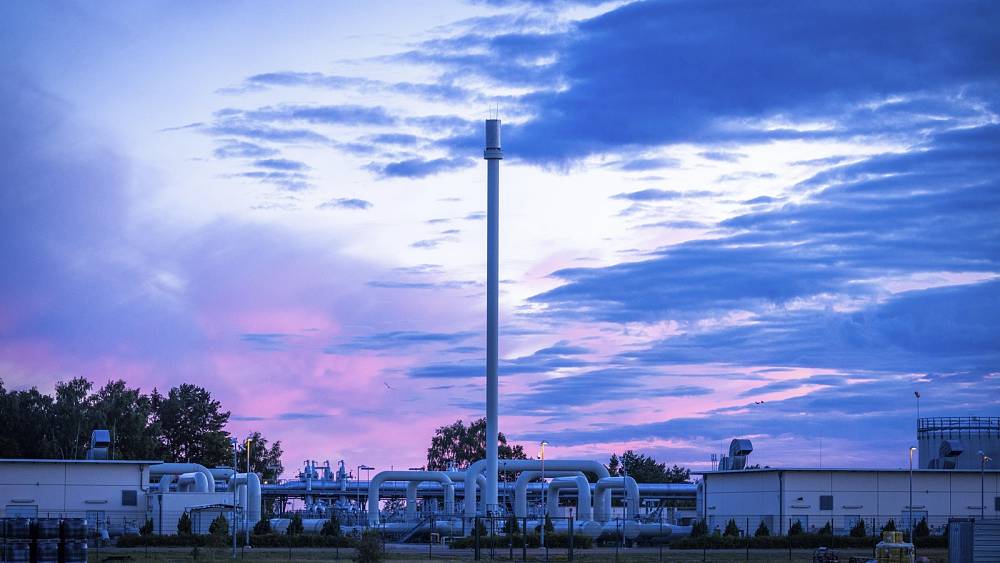 As the energy crisis worsens around the world, the European Union and the United States have welcomed Canada’s controversial decision to ship back to Germany a turbine that Russia says is key to resuming gas flows through the Nord Stream 1 pipeline.

Nord Stream 1 is a massive underwater pipeline with the capacity to transport up to 55 billion cubic metres of gas per year. Its direct connection between Russia and Germany, the EU’s industrial powerhouse, makes it a centrepiece in the continent’s energy mix.

The conduit is currently undergoing a planned 10-day maintenance, an operation that many fear the Kremlin will exploit to indefinitely cut off gas supplies to Europe and wreak economic havoc.

Russia had initially sent the turbine to Siemens Canada, in Montreal, for a scheduled overhaul. But after the Canadian government imposed sanctions on Gazprom, the state-controlled energy giant that acts as the pipeline’s majority owner, the equipment was blocked from being shipped back to Germany.

Last month, Gazprom announced Nord Stream 1 would run at just 40% of its capacity and put the blame on Canada for delaying the turbine’s return.

Berlin blasted Moscow for the sudden reduction and said it was part of a deliberate campaign to distort the market and pump extra cash into the Kremlin’s coffers.

Flows further plummeted in July as Gazprom began the planned maintenance across the pipeline.

In order to prevent the crisis from spiralling out of control, Canada decided to grant a “time-limited and revocable permit” to send the repaired turbine back to Germany.

“Absent a necessary supply of natural gas, the German economy will suffer very significant hardship and Germans themselves will be at risk of being unable to heat their homes as winter approaches,” said Jonathan Wilkinson, Canada’s minister of natural resources.

Wilkinson stressed the government was firmly committed to supporting Ukraine to resist the invasion launched by President Vladimir Putin.

“This is not just about the turbine for the Nord Stream gas pipeline, which Canada was not supposed to, but nevertheless decided to transfer actually to Russia. This is about general rules [of sanctions],” Zelenskyy said in one of his daily speeches.

“If a terrorist state can squeeze out such an exception to sanctions, what exceptions will it want tomorrow or the day after tomorrow? This question is very dangerous. Moreover, it is dangerous not only for Ukraine but also for all countries of the democratic world.”

Zelenskyy warned the Canadian concession would be perceived as a show of “weakness” by Moscow, who would not play by the rules of the energy market “unless it sees strength.”

A group of lawmakers from Canada’s conservative party, who are in opposition, also criticised the decision taken by the government of Prime Minister Justin Trudeau.

“Allowing the return of the gas turbine sets a dangerous precedent of folding to Putin’s blackmail of Europe, and will negatively impact Canada’s standing on the world stage,” they wrote in a statement.

The Ukrainian World Congress, an advocacy group that represents the Ukrainian community in Canada, lambasted the tailored lifting of sanctions and said it would launch a legal case to stop the government’s plans.

The outrage increased after The Globe and Mail, Canada’s leading newspaper, revealed the so-called “time-limited” permit would cover up to two years and the re-export of six turbines, the first of which is at the very centre of the political storm.

Under the arrangement, Siemens Canada will avoid any contact with Gazprom. Instead, it will send the turbine back to Germany and then German authorities will hand it over to Russia.

‘One of the excuses has been removed’

While Ukraine expressed outrage over Canada’s decision, Berlin, Brussels and Washington openly welcomed the move, arguing the turbine’s return would deprive the Kremlin of a pretext to interrupt gas supplies.

“With the return of this part, one of the excuses being used by Russia for reduced gas flows has been removed,” the European Commission said on Tuesday.

The Commission is working on an emergency plan to coordinate national measures in the event the Kremlin turns off the taps for good. Brussels wants to avoid the chaotic response that characterised the first months of the COVID-19 pandemic.

Washington said it was “grateful” for the Canada-Germany partnership.

“In the short term, the turbine will allow Germany and other European countries to replenish their gas reserves, increasing their energy security and resiliency and countering Russia’s efforts to weaponize energy,” said Ned Price, spokesperson of the US Department of State.

Price noted the US was already working with its European allies to further slash dependency on Russian fossil fuels and cripple the Kremlin’s ability to wage war.

“At the same time, we are taking active steps to limit the impact of President Putin’s war on global energy markets and protect our economies,” he added.

Both sides of the Atlantic are currently struggling to contain the ripple effects of Russia’s invasion of Ukraine, particularly the disruption of energy markets, which has resulted in record-breaking inflation and soaring bills for consumers and companies.

The positive statements released in the aftermath of Ottawa’s decision reflect the renewed geopolitical dimension that fossil fuels have acquired since 24 February.

For US President Joe Biden, taming gasoline and diesel prices has become a priority of extreme urgency ahead of crucial midterm elections in which his party is expected to suffer heavy losses.

For Europe, energy security has turned into an existential danger. The threat of a total cut-off of Russian energy would almost certainly trigger a deep recession across the continent, forcing some governments to ration gas and shut down hand-picked factories.

Although the Commission has so far avoided making any clear-cut projections about an imminent recession, investors are already assuming the possibility as real: the euro has reached parity with the dollar for the first in 20 years. Analysts do not rule out a further decline in the value of the common currency.

In the meantime, Europeans hold their collective breath as Gazprom carries out its maintenance of Nord Stream 1, wondering if gas supplies will restart or vanish.

“It is difficult to say whether Nord Stream 1 will run after ten days of maintenance. The past has often shown that technical reasons are often excuses for political decisions. Of course, this could happen again,” said Robert Habeck, Germany’s vice-chancellor.

“Nobody can see inside Putin’s head, so we do not know what will happen.”