Eurozone inflation climbed to new record high of 10.7% in October Inflation in the eurozone is expected to have reached a new record high of 10.7% in October.

If confirmed later in November by Eurostat, the bloc’s official statistics agency, this would be the first inflation reading crossing the 10% threshold.

The increase was fuelled by energy prices which Eurostat estimates were 41.9% higher than in the same month last year. Prices for food, alcohol and tobacco are meanwhile believed to have risen by 13.1% year-on-year.

Inflation was at 9.9% in September.

Baltic countries remain the most deeply affected with the annual inflation remaining above the 20% mark. Estonia leads the pack with a 22.4% estimate.

France retained its position as the least impacted country although annual inflation for October is seen at 7.1%. Italy, whose annual rate is forecast at 12.8%, has meanwhile recorded the highest month-of-month increase with a 4% jump.

The European Central bank, whose mandate is to keep inflation in the euro zone close to 2%, broke with more than a decade of negative interest rates over the summer in a bid to curtail price increases.

Last week, it announced the third jumbo hike of its interest rates.

Central banks use their interest rates to make money more or less expensive to either boost or restrain spending as they directly influence the rates that commercial banks offer to households and businesses.

It predicted that other such hikes were to be expected in the months to come as “inflation remains far too high and will stay above the [2%] target for an extended version.”

ECB chief Christine Lagarde also warned that economic activity in the eurozone likely “slowed significantly in the third quarter of the year and we expect a further weakening in the remainder of this year and beginning of next year.”

Her forecast came just a day after the head of the International Monetary Fund (IMF) offered her own grim prediction that half of the countries in the eurozone could enter into recession in the months to come.

A recession is generally defined as two consecutive quarters of negative GDP growth.

“Just to give you a sense as to how significant the hit on Europe is, our pre-pandemic projections and our current projections differ by half a trillion euros,” Kristalina Georgieva told Euronews.

“In other words, the loss to the European people is quite, quite dramatic.”

That’s because Europe is particularly affected by the increase in energy prices, Georgieva explained.

For the head of the International Energy Agency (IEA), “we are in the middle of the first truly global energy crisis. Our world has never, ever witnessed an energy crisis with this depth and with this complexity.”

Fatih Birol told Euronews last week that Europe should make it through the upcoming winter with just some “economic and social bruises” and no major damage — provided it “is not too long and not too cold, and if there are no major surprises” — but warned that the next winter season could be much tougher.

He said that the lack of Russian gas to refill storages ahead of the colder months, China’s uncertain economic recovery and tighter conditions in the Liquefied natural gas (LNG) markets, which the bloc has turned to to make up for the shortfall in Russian gas, are darkening Europe’s energy outlook. 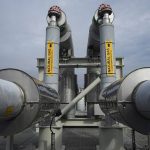 An EU cap on gas would end the market as we know it, experts warn
Share 0 FacebookTwitterPinterestLinkedinRedditEmail

The 18 Best Wordle Alternatives to Get Your Puzzle Fix

AWESOME ART IDEAS AND SCHOOL DIYS TO BOOST YOUR CREATIVITY