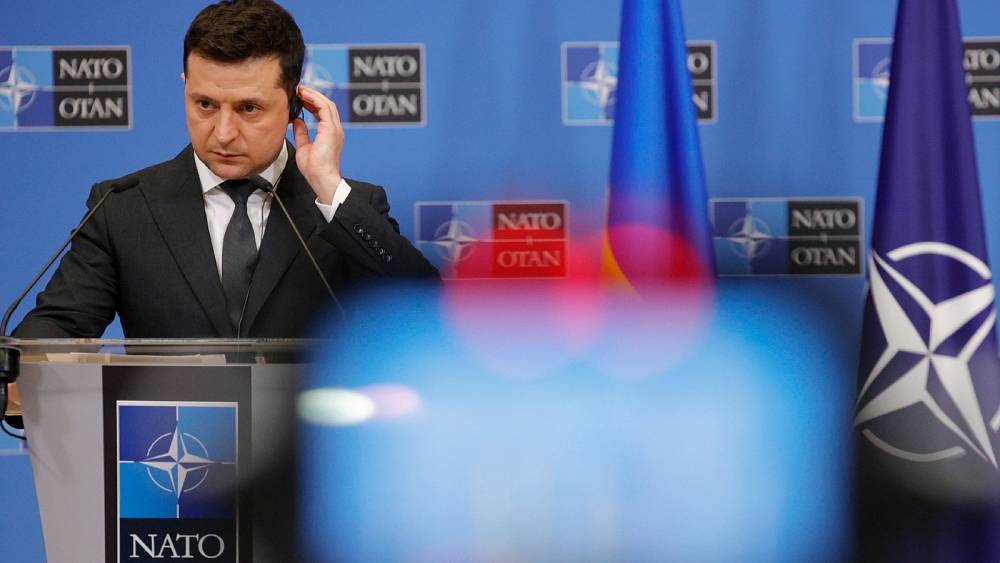 Kyiv reacted to Russia’s annexation of four Ukrainian regions on Friday by announcing a surprise, fast-tracked bid to join the NATO military alliance.

But, tellingly, NATO chief Jens Stoltenberg shied away from supporting it, while US security adviser Jake Sullivan said the application should be postponed.

Here are five reasons why Ukraine is unlikely to be joining NATO any time soon.

Being at war complicates the picture.

Under Article 5 of NATO’s collective defence agreement, if one member state is attacked all the others must consider this an attack on themselves and come to their ally’s aid.

What this means is that if Ukraine joined NATO while still at war with Russia, Article 5 would be triggered.

“There are escalatory risks in making Ukraine a member,” said John Williams, a professor at Durham University who specialises in international politics, war and sovereignty, warning it could lead to a “nightmare scenario”.

“NATO would [be] pitched more clearly into the war in a much more direct way,” he continued, meaning other members that border Russia, such as the Baltic States and Poland, could “potentially become a frontline”.

As Sweden and Finland’s NATO membership applications have advanced, Putin has threatened to respond in kind, should NATO deploy troops and infrastructure there.

But this current reluctance did not mean permanently shutting the door to Ukraine. Once the war is over Ukraine could still join the alliance, with Ukraine remaining a credible future member.

“Let’s get the conflict over first,” said Jamie Shea, a former NATO Deputy Assistant Secretary General. “For the time being the key issue is to preserve Ukraine as a functioning state and get the Russian forces off its territory.”

“Let’s cook today’s dinner and worry about next week’s dinner later,” he added.

2. NATO membership is ‘not necessary’ for Ukraine

NATO is already committed to Ukraine.

Alongside the tens of billions of euros in military and financial aid from individual NATO member states, the alliance itself provides huge support to Ukraine, coordinating this bilateral assistance and the delivery of humanitarian and non-lethal aid.

“It’s ironic,” said Shea. “All of these weapons flowing [into Ukraine] mean that, in a way, Ukraine already has a NATO security guarantee […] without membership.”

“Sometimes you can get a lot of benefits of NATO membership without actually joining,” he added, citing the example of Kosovo, which was supported by peacekeepers from the alliance in the late 1990s.

The same goes for the nuclear threat, suggests Prof Williams.

Following comments by Chechen leader Ramzan Kadyrov that Russia should use low-yield nuclear weapons in Ukraine, Washington said it would retaliate severely, with former CIA director David Petraeus claiming the US would wipe out Russian troops in Ukraine and sink its entire Black Sea fleet.

3. Ukraine is ‘not ready’ for NATO membership

Before they can join NATO, countries must first meet certain economic, political and military standards.

According to Prof Williams, Ukraine remains a “good way” from fulfilling these membership criteria, pointing to “problems” with the country’s “democratic institutions” and “anti-corruption processes”.

“We are not many years away from Ukrainian elections being pretty corrupt things … and the massive street protests that tried to put Ukraine on the path towards becoming a modern, liberal, democratic European state,” he said.

“[This] path now looks irrevocable. Putin has guaranteed that. But it is a long path, Ukraine’s political institutions have work to do.”

Ukraine’s bid to join the European Union (EU) faces similar difficulties, with concerns surrounding whether it will meet the bloc’s standards and expectations.

Yet there are hopes that the war will improve Ukraine’s ability to meet NATO’s requirements, especially militarily.

“Ukraine is going to come out of this with probably one of the best armies in NATO because it has received lots of western equipment and training,” said Shea.

This will make it a “more attractive candidate” in the long run, he added.

4. It’s difficult to get all NATO members to back Ukraine’s bid

Under NATO rules, new members can only be admitted if all 30 members agree. Even if one disagrees it can obstruct — or even derail — the whole process.

Sweden and Finland have encountered this difficulty with their own NATO membership requests, with Turkey raising initial objections.

In the same way, Hungary could prove to be a problem for Ukraine’s membership bid.

The countries, which share a land border, have a long-running dispute about the rights of Ukraine’s Hungarian-speaking minority.

Since 2017, when Ukraine made Ukrainian the required language in primary schools, Hungary has repeatedly blocked Ukraine’s attempt to integrate with both NATO and the EU.

“Orban is the kind of guy who will make trouble if he feels he’s got popular support,” said Shea. “Look at his record in the EU.”

Orban has repeatedly criticised the West’s strategy toward Russia and positioned himself as an ally of Putin, slamming the use of sanctions and striking gas deals with Moscow.

Opinions in other European capitals are also an issue.

“The big question is whether France and Germany, what you may call the wets of the [NATO] alliance, would agree,” said William Alberque, director of strategy, technology and arms control at the International Institute for Strategic Studies think tank. “Would they be willing to go that far?”

In 2008, both Paris and Berlin blocked attempts by Ukraine and Georgia to join the alliance, while in February 2022 — just a week before the invasion — German Chancellor Olaf Scholz said Ukraine’s membership was not on the cards.

5. It would be a ‘propaganda victory’ for Putin

Since the outbreak of the Ukraine war, Putin has touted the line that Russia is threatened by NATO.

He has routinely justified invading Ukraine to rid Russia of this threat, which he claims is a danger to Russia’s territorial integrity.

“This would give Putin a massive propaganda boost,” he said. “Putin is trying super, super hard, even desperately, to convince the Russians that there is an external existential threat from NATO […] bringing in Ukraine now would just play to the hands of that narrative.”

“Who wants to give Putin an olive branch?” he asked.

NATO officials and western politicians have repeatedly made it clear that the war in Ukraine is a conflict between Kyiv and Moscow, with US President Joe Biden saying he would not drag the alliance into a wider conflict over Ukraine.

There were concerns that this “propaganda victory” would come at the wrong time, amid Ukraine’s lightening advances on the battlefield and the anti-war feeling in Russia.

While he staunchly supported Ukraine’s membership bid, Alberque said: “Putin has been making his own nightmares come true across Europe … Ukraine aligned with the West, forever turned away, Finland and Sweden in NATO.

“I mean, he’s just really good at shooting himself in the foot,” he added. 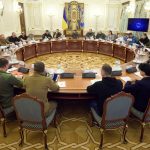 Ukraine submits an application to join NATO, with big hurdles ahead.