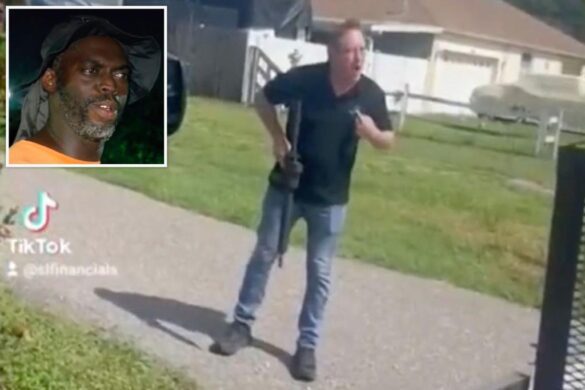 Florida prosecutors are mulling charges against a hotheaded homeowner who pulled out a rifle during a parking dispute with a landscaper, according to reports.

Jeremy Lee told police that he was cutting grass in Clearwater last week along with his teen daughter when irate resident David Berry came out of his home.

Berry told Lee to move his trailer because it was partially blocking his driveway, and grabbed a rifle at some point during the heated exchange.

“This is my property,” he said. “You are not allowed to block my property.”

Berry told officers that he only retrieved the weapon after Lee threatened him.

But the landscaper denied the accusations and said he was shocked that Berry thought it necessary to produce a firearm — especially in front of his daughter.

“I was really worrying about her,” he told NBC 8. “I was stunned. I’m like are you serious? I think I said, ‘You’re going to kill me in front of my daughter?’”

Clearwater cops eventually responded to the scene and later issued a statement on the exchange.

“We are actively investigating this incident and will be presenting the case to the Office of the State Attorney,” police chief Dan Slaughter said.

“The bottom line is a dispute over parking should never have escalated to something like this. If you have a problem with someone partially blocking the driveway, you call the police. You don’t grab a gun like some vigilante.” 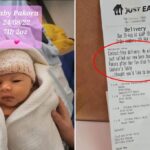 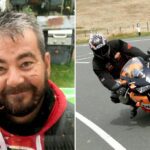 Dad of 3 dies from cancer after hospital lost test results 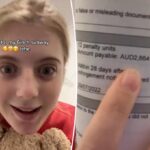 How my Subway sandwich ended up costing me $1,800
Share 0 FacebookTwitterPinterestLinkedinRedditEmail