For Rishi Sunak, Family Wealth From Outsourcing Adds to a Secretive Fortune 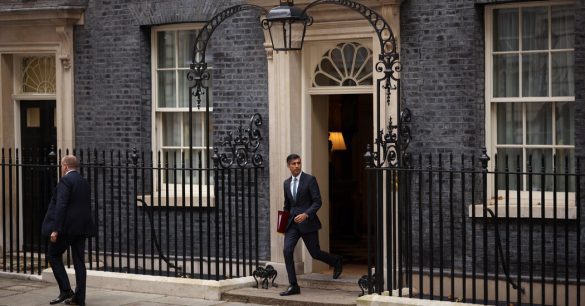 LONDON — As Rishi Sunak made his rapid ascent in British politics, campaigning for Brexit and greater immigration controls to preserve jobs for Britons, the company that made his family exceedingly wealthy was becoming a political lightning rod as one of the world’s biggest outsourcing firms.

Infosys, the Indian outsourcing giant founded by Mr. Sunak’s father-in-law, became notorious among both American political parties for helping companies replace their workers with thousands of Indian immigrants or move their positions to the sprawling Infosys complex in Bangalore.

As the company grew to a market value of nearly $80 billion, it also paid record fines and faced repeated accusations that it broke immigration laws and helped companies discriminate against American workers.

At a perilous time in British politics, with markets on edge, his party in turmoil and inflation rising, Mr. Sunak’s financial ties to Infosys blend two volatile political issues: immigration and inequality. Though Mr. Sunak’s family members are no longer company directors, they are major shareholders, and the company’s outsourcing history does not neatly fit with his party’s stance on limiting immigration to protect jobs. And his wife’s $800 million stake in the company is the biggest source of his wealth, which has emerged as an early source of unease at a time when the government appears ready to cut benefits for working-class families and the poor.

Infosys is also a British government contractor that has made more than $120 million in public sector deals since Mr. Sunak entered government, according to an analysis of records from Tussell, a research firm that tracks public spending.

That includes an $8.6 million technology contract with the Home Office, the government department responsible for immigration. The contract, which has not previously been reported, was made public only this May, years after it was signed, despite rules requiring contracts to be made public within 30 days.

Mr. Sunak, who was a member of Parliament when the deal was signed and became chancellor of the Exchequer later in the contract term, did not disclose his wife’s stake in the company. British financial disclosure rules do not uniformly require disclosure of spousal earnings, but lawmakers are supposed to reveal financial interests that might “reasonably be thought by others to influence” their actions.

“After years of sleaze and scandal, public confidence in the U.K. standards system is already at rock bottom,” Angela Rayner, deputy leader of the opposition Labour Party, said on Thursday. “There has been a worrying lack of transparency over what processes were put in place in the case of Infosys.”

A spokesman for Mr. Sunak declined to respond to questions seeking comment. Infosys did not respond to repeated requests for comment.

The revelations add to a growing picture of Mr. Sunak’s closely guarded wealth, one flecked by tax controversies, offshore accounts and millions of dollars in potential conflicts of interests that went undeclared. He and his wife, Akshata Murty, have a net worth of $845 million, according to the Rich List, the annual catalog of British wealth published in The Sunday Times.

More on the Political Turmoil in Britain

Robert Ford, a University of Manchester political scientist, said Infosys represented a “fairly obvious potential conflict of interest.” Coming after the scandals of Boris Johnson’s administration, he said, “you would think Sunak would want to avoid even the mildest hint of anything like that.”

“Yet we do have a situation where he is married into a family that has government contracts, has an interest in extending those contracts and in extending trade with Britain,” Professor Ford said.

Mr. Sunak, a former Goldman Sachs banker and hedge fund manager, is wealthy in his own right. His early fiscal policies and his finance background have helped steady British markets after his predecessor, Liz Truss, so unsettled the markets that she resigned after 44 days in office.

But Mr. Sunak’s critics have seized on his wealth to argue he is too out of touch to shepherd the country through a cost-of-living crisis. Unlike the United States, which put a Kennedy, a Trump and a pair of Roosevelts in the White House, Britain does not have a history of ultrawealthy prime ministers.

Infosys has at times become a political issue for Mr. Sunak. His critics have accused the Conservative government of cutting a 2021 post-Brexit trade deal with India that benefited Infosys at a time when Mr. Sunak was chancellor — the British equivalent of Treasury secretary. That criticism was overly simplistic at best, but Mr. Johnson, the prime minister at the time, did praise the company during the deal for announcing new jobs in Britain. “We need more firms like Infosys with a commitment to investing in people to help the U.K. build back better,” he said.

Mr. Sunak represents many firsts, including the first prime minister of color and the first Hindu prime minister. But in other ways, his is a familiar story in British politics.

The eldest son of immigrants of Indian heritage who moved to Southampton, on the southern English coast, Mr. Sunak’s father was a family doctor and his mother ran a pharmacy.

Mr. Sunak was educated at private schools, including the prestigious Winchester College, which today is one of the most expensive in the country, with fees of roughly $50,000 a year. When his political allies briefed reporters about his early life, they said he attended on scholarship. But his parents later described saving up to pay the fees.

He went on to study politics, philosophy and economics at Oxford University — where six of the last seven prime ministers and more than half of all British prime ministers since 1742 also studied.

His parents helped him buy his first apartment, in an affluent London neighborhood, at age 21, and he worked as an analyst for Goldman Sachs for nearly four years — something he makes no mention of in his public résumé.

Around 2006, Mr. Sunak, by then living in the United States, joined Children’s Investment Fund Management as a partner, a hedge fund known as T.C.I. that was owned by a Cayman Islands company and co-founded by the billionaire Sir Christopher Hohn.

During Mr. Sunak’s time there, the fund campaigned for the breakup of a Dutch bank, ABN Amro. That led to the bank’s acquisition by the Royal Bank of Scotland, a deal that saddled the company with debt, contributed to its near collapse and helped trigger a government bailout and the 2008 financial crisis.

Soon after Mr. Sunak became prime minister, his political opponents began circulating lists of T.C.I.’s investments during his time there, including the tobacco company Philip Morris International; News Corp; and Sterlite Industries, a mining company with a history of environmental pollution and fines in India.

Mr. Sunak moved next to Theleme Partners, another offshore-linked hedge fund. The fund launched with an initial investment of more than $620 million, and partners were paid a share of the offshore funds they managed, according to corporate filings first reported by Channel 4 News.

His time at the two funds made Mr. Sunak wealthy. But his net worth was tiny compared to the fortune he married into in 2009 with his wedding to Ms. Murty at a Bangalore hotel.

Ms. Murty’s father, N. R. Narayana Murthy, founded Infosys in 1981. By the time Mr. Sunak married into that fortune, the company was revolutionizing the way international companies did business. Rather than hire their own programmers or software engineers, companies could hire temporary Infosys workers on visas or let the company handle all their technology needs from Bangalore.

But the company’s rise was marked by whistle-blower complaints, congressional hearings and lawsuits. In 2013, the company paid a record $34 million to settle a Justice Department lawsuit alleging years of “systemic visa fraud.” In 2019, the company settled a tax and immigration investigation by the state of California.

The company denied any wrongdoing in both cases. But what was undeniable was that Infosys benefited from, and accelerated, the very globalization forces that helped fuel populist campaigns like Brexit.

Professor Ford, the University of Manchester scholar, said that while Mr. Sunak’s wife profited from those same sources, it was unfair to say that Mr. Sunak did, too. He benefited from marrying into a family, Professor Ford said. But he said the family’s ties to Infosys would hang over future trade negotiations with India.

“I would imagine that Infosys would benefit a lot from liberalization and trade with Britain,” he said. That will raise fresh questions, he said. “Would Rishi Sunak’s extended family benefit from a trade deal between Britain and India for facilitated outsourcing?”

In 2013, Mr. Sunak and his wife founded a start-up investment fund, Catamaran Ventures U.K. The Murthy family seeded the fund with money from the Infosys investments, according to an investigation by The Guardian.

Mr. Sunak transferred his stake in Catamaran to his wife just before he was elected to Parliament in 2015. Under British financial disclosure rules, that means Mr. Sunak is not required to reveal any details about his financial interests in the company — including where the money is invested — other than the fact that his wife owns it.

Property records show that the couple has amassed a real estate portfolio that includes a penthouse in Santa Monica, Calif.; an $8 million, five-bedroom townhouse and a nearby apartment in London’s Kensington neighborhood; and a $2.3 million manor house in the Yorkshire countryside that is undergoing renovations to build a $460,000 swimming pool.

Until he entered the Conservative leadership race this spring, Mr. Sunak had enjoyed a rose-tinted political career and a meteoric rise through Westminster.

First, the party tapped him to run for one of the nation’s safest Conservative seats. Then, as chancellor, he had at his disposal an almost limitless pot of money to help companies during the coronavirus pandemic. Businesses hailed him as a savior for helping them survive lockdowns, and his public popularity soared.

But when he announced his intention to run for leader, his family’s wealth and his own privileged background came under intense scrutiny for the first time.

In April, The Independent revealed that Ms. Murty had used what is known as a non-domiciled tax status that lets people avoid paying British taxes on money earned abroad. The status saved her an estimated $23 million in taxes. Ms. Murty defended the strategy but quickly promised to pay taxes on her worldwide income in the future because she did not want the issue “to be a distraction for my husband.”

Journalists also raised questions about why Mr. Sunak held a U.S. green card, allowing permanent residence in America, until last year — including while he was Britain’s chancellor.

The scrutiny followed a Guardian report that showed that Mr. Sunak had not publicly disclosed a number of his family’s financial interests during his time as chancellor, including its Infosys holdings and an investment in a $1 billion-a-year joint venture with Amazon in India. An independent investigation concluded that Mr. Sunak had not broken any rules.

Mr. Sunak’s official register of interests remains relatively bare for someone with such wealth. That is largely because he transferred his assets into a blind trust when he was appointed chancellor in July 2019.

Under typical blind trust arrangements, people cannot know the details about how their money is invested or make decisions about those investments. But parliamentary rules allow Mr. Sunak to give “general direction” about his investments. And Mr. Sunak knows what assets the trust holds, while the public does not. 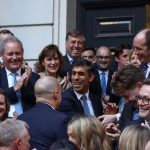 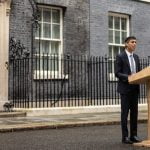 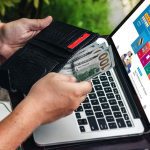 How to Pre-Order Sony’s DualSense Edge Controller for PS5

Hidden Xbox Settings You Should Change to Up Your Game