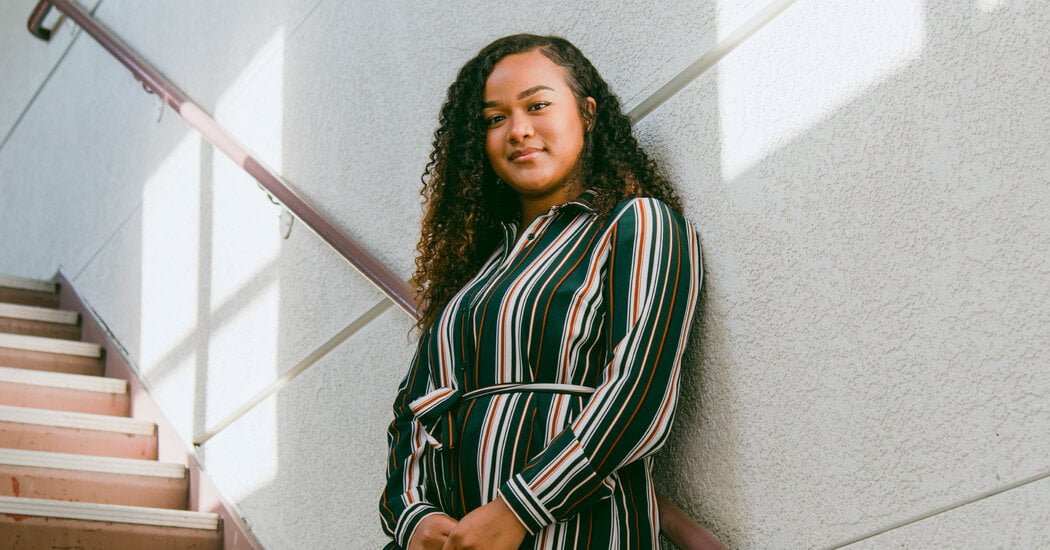 Social scientists have made it a priority in recent years to understand upward mobility. They have used tax records and other data to study which factors increase the chances that children who grow up in poverty will be able to escape it as adults.

Education, spanning pre-K through college, seems to play a big role, the research suggests. Money itself is also important: Longer, deeper bouts of poverty can affect children for decades. Other factors — like avoiding eviction, having access to good medical care and growing up in a household with two parents — may also make upward mobility more likely.

Now there is another intriguing factor to add to the list, thanks to a study being published this morning in the academic journal Nature: friendships with people who are not poor.

“Growing up in a community connected across class lines improves kids’ outcome and gives them a better shot at rising out of poverty,” Raj Chetty, an economist at Harvard and one of the study’s four principal authors, told The Times.

The study is based on a dizzying amount of data, including the Facebook friendships of 72 million people. (You can explore the findings through these charts and maps from The Upshot.)

Robert Putnam — a political scientist who has long studied social interactions, including in his book “Bowling Alone” — said the study was important partly because it hinted at ways to increase upward mobility. “It provides a number of avenues or clues by which we might begin to move this country in a better direction,” he said.

In recent decades, the U.S. has moved in the opposite direction. Rising economic inequality and a shortage of new housing in many communities have helped increase economic segregation. Even within communities, cross-class social interactions seem to have declined.

This chart shows the extent to which Americans segregate themselves by class:

There seem to be three main mechanisms by which cross-class friendships can increase a person’s chances of escaping poverty, Chetty told me.

The first is raised ambition: Social familiarity can give people a clearer sense of what’s possible. The second is basic information, such as how to apply to college and for financial aid. The third is networking, such as getting a recommendation for an internship.

My colleague Claire Cain Miller, after speaking with the study’s authors in recent weeks, set out to find some real-life examples of its findings. Claire focused on Angelo Rodriguez High School in Fairfield, Calif., a midsize city between Sacramento and Oakland. The school has an unusually high number of cross-class interactions. One of the people whom Claire interviewed was Mari Bowie, a 24-year-old who grew up in a lower-middle-class family that coped with divorce, layoffs and lost homes — and who made friends with richer girls in high school.

“My mom really instilled working hard in us — being knowledgeable about our family history, you have to be better, you have to do better,” Bowie said. “But I didn’t know anything about the SAT, and my friends’ parents signed up for this class, so I thought I should do that. I had friends’ parents look at my personal statements.”

Today, Bowie is a criminal-defense lawyer. She found her job through the friend of one of her high school friends.

Angelo Rodriguez High School is a telling case study because it is more economically and racially diverse than most schools. That diversity is necessary for a high level of socioeconomic integration. But it is not sufficient, the study’s authors say. In some diverse communities, lower- and upper-income Americans lead relatively segregated lives.

In others, cross-class interactions are more common. The study does not contain a complete explanation for the differences. But Claire discovered that the high school had taken intentional steps to connect people.

The school didn’t draw its students from only one community. It instead had an unusually shaped district, including both poorer and richer neighborhoods, and also accepted some students from outside that district’s boundaries. The school’s open architecture also encouraged serendipitous socializing. “Accidental, unstructured interactions between students was a very high priority,” John Diffenderfer, one of the school’s architects, said.

Among the promising possibilities, the researchers say: more housing, including subsidized housing, in well-off areas; more diverse K-12 schools and colleges; and specific efforts — like public parks that draw a diverse mix of families — to encourage interactions among richer and poorer people.

Churches and other religious organizations may have some lessons to teach other parts of society. Although many churches are socioeconomically homogeneous, those with some diversity tend to foster more cross-class interactions than most other social activities. Churchs have lower levels of what the researchers call socioeconomic “friending bias.”

A successful effort to increase interactions would probably need to address the particular roles of race, too. More racially diverse places tend to have fewer cross-class friendships, the study found.

“Our society is structured in ways that discourage these kinds of cross-class friendships from happening, and many parents, often white, are making choices about where to live and what extracurriculars to put their kids into that make those connections less likely to happen,” Jessica Calarco, a sociologist at Indiana University said. Claire’s story delves into more detail on the role of race.

The stagnation of living standards for working-class and poor Americans is such a giant problem that no single change will solve it. But the explosion of academic research about upward mobility, including this new study, has at least offered a clearer sense of what might help. Social integration seems to play a crucial role.

Real estate as self care

There are many ways to get over heartbreak: taking time to grieve, exercising, spending time with friends, to name a few. But some people are finding solace in something different: investing in real estate.

Many women seeking independence, especially after a breakup or divorce, have discovered emotional empowerment, Jennifer Miller writes in The Times: “And they’ve found a unique support system, where excising relationship ghosts is as important as learning to negotiate interest rates.”

Thanks for spending part of your morning with The Times. See you tomorrow. — David

P.S. Should you check a bag at the airport? Is a rental car worth the cost? What about insurance? During this summer of travel misery, Times experts will answer your questions. Submit them here.

Use This $6 Dermaplane With 74,000 5-Star Reviews for the Softest Skin