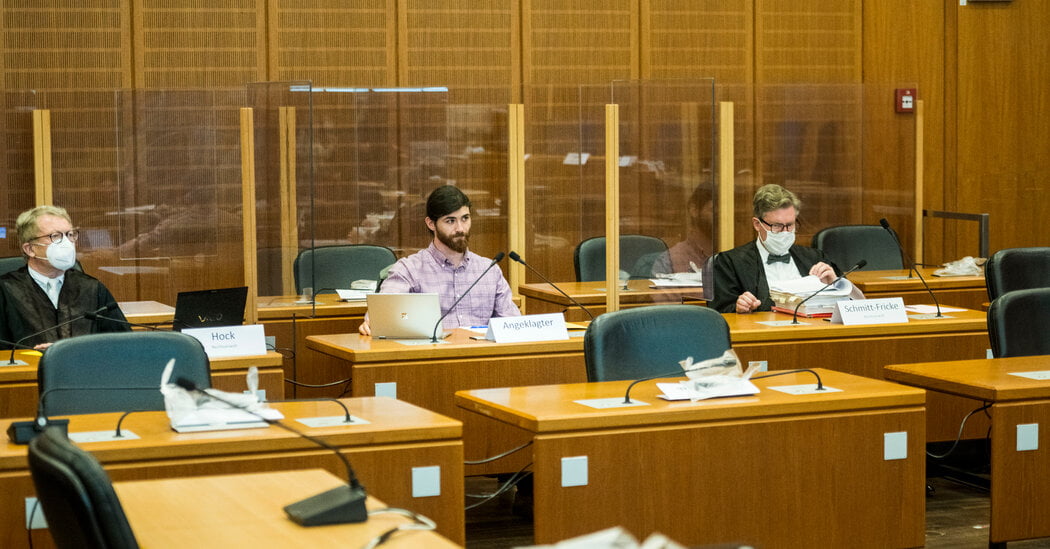 FRANKFURT — In one of postwar Germany’s most spectacular terrorism trials, a military officer who had posed as a Syrian refugee was sentenced to five and a half years in prison on Friday for his role in a far-right terrorist plot to murder prominent public figures in the hopes of bringing down the democratic order.

The case of First Lieutenant Franco A., whose surname was abbreviated by the authorities in keeping with German privacy laws, shocked the country when he was arrested five years ago and has pushed the country to confront the creeping threat of far-right infiltration in the military and the police.

Franco A. was convicted of plotting terrorism, illegal possession of weapons, as well as fraud for his efforts to pass himself off as a refugee, although three months of his sentence are considered as served because he has been in detention since being rearrested earlier this year.

He was caught in 2017 trying to collect a loaded gun that he had hidden in a bathroom at the Vienna airport. His fingerprints later revealed his second, fake identity as a Syrian refugee, setting off alarm bells and an investigation that would span three countries and multiple intelligence agencies.

Prosecutors have accused him of planning one or several assassinations using his fake Syrian identity with the intention of stoking growing fears over immigration in Germany and triggering a national crisis.

The case emerged as another warning for a country that has spent decades atoning for its Nazi past but at the same has a track record of failing to fully address far-right extremism and terrorism.

Franco A. maintained his innocence until the end, but a number of revelations over the course of the 13-month trial hardened the case against him.

A series of anti-Semitic and racist audio memos he had recorded of himself, some of them fantasizing about “murdering” political enemies and applauding anyone “destroying” the state, were played in court, leaving little doubt about the “hardened far-right mind-set” prosecutors cited as his political motive.

Accused by prosecutors of possessing more than 1,000 rounds of ammunition, four guns and about 50 explosives, some of it stolen from military bases where he had been stationed, Franco A. slipped up early in the trial and acknowledged that he had weapons in his possession.

“The possession and acquisition took place,” he said, though he refused to say where he obtained the weapons, among them a G3 assault rifle, or where he disposed of them. To this day, they have not been found.

Franco A. began the trial as a free man, having been released from pretrial detention three and a half years before it opened. But in a dramatic scene at a subway stop in February, Franco A. was taken back into custody after traveling to the home of a fellow soldier and picking up a shopping bag full of Nazi memorabilia.

INCREDIBLE DIY PHONE CASES || How to Upgrade Your Phone