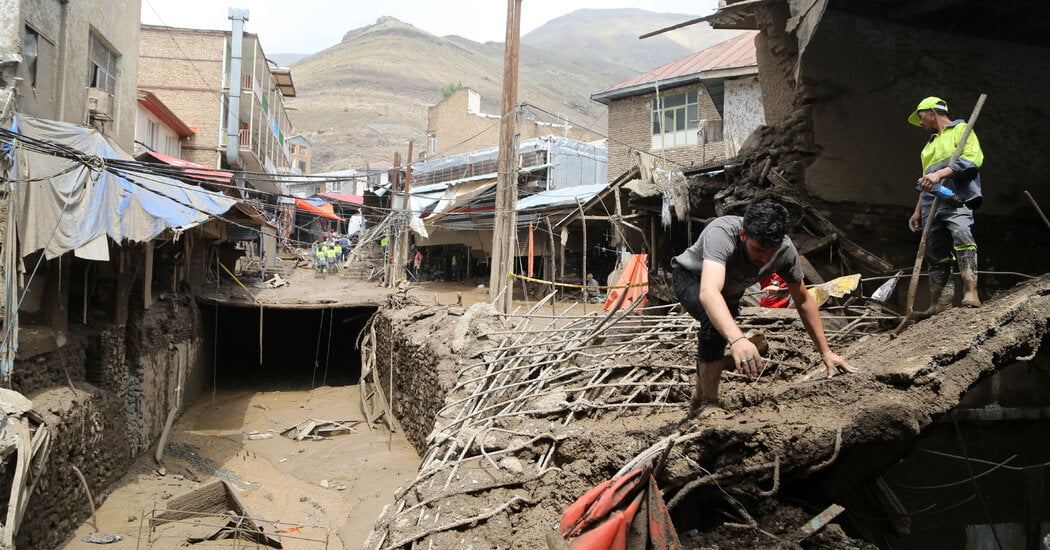 The ancient city of Yazd, a UNESCO heritage site with narrow labyrinth alleyways, brick-mud houses with domes and ancient cooling features known as wind catchers, suffered heavy infrastructure damage, and the historic section of the city was evacuated, local media reported. In an area near Yazd, video showed a flock of sheep being swept away by the floods.

The Iranian Red Crescent Society’s head of emergency operations, Mehdi Valipour, told state television on Friday that most of the casualties came from a suburb of Tehran, Imamzadeh Davood, a breezy town perched on a mountain that attracts summer pilgrims to its small religious shrine.

Some local officials and lawmakers said the level of destruction caused by the flooding was partly caused by the lack of timely warning and emergency preparedness training, as well as by unregulated development.

“A chain of mismanagement led to much higher destruction and the death of a number of our countrymen in the area of Imamzadeh Davoud and Kan,” Mohsen Pirhadi, a lawmaker and a member of the Parliament’s city management committee, said after visiting the area on Friday.

The United Arab Emirates has also experienced torrential, record-breaking rainfall in the past few days, with floods ravaging roads, shops and cars. The emirates of Ras Al Khaimah, Sharjah and Fujairah are being hit the worst, with Fujairah seeing the largest rainfall in nearly three decades, according to local officials and media reports.

The U.A.E.’s interior minister said on Friday that seven Asian foreign nationals had died in the floods. At least 4,000 people had been evacuated to shelters, with many homes, businesses and livestock heavily damaged or destroyed, according to media reports.