The war in Ukraine and suspected acts of sabotage on key infrastructure are forcing European countries to rethink their approach to what is critical, and who should control it.

And here, it’s not so much Russia that European Union leaders fear, but China.

Chinese companies own or have stakes in a wide range of European critical infrastructure including ports, airports, electricity companies, wind and solar farms as well as telecommunications.

The boom years were between 2012 and 2015 when Europe, in the grips of a severe financial crisis, took drastic austerity measures that included the sale of such large infrastructure.

Now Chinese companies own stakes in ports in EU countries including Greece, Italy, Portugal, Spain, Belgium, the Netherlands and Germany as well as in airports such as in Toulouse, France.

Yet the geopolitical climate has shifted dramatically.

“And on the European side, also a realisation of these very, very strong differences in word views, economic views, political views,” she added.

Such control over this kind of infrastructure already carries risks in peacetime, including espionage but also the possibility for China to use these commercial hubs in Europe to favour their companies over regional ones.

But Russia’s “might is right” approach is now raising fears that should Moscow prevail in its war in Ukraine, China could feel emboldened to use its military on Taiwan.

Beijing considers the island part of its territory and has in recent months ramped up its rhetoric over the possible use of the military.

If it does so, the EU would have no choice but to impose sanctions, which Beijing would retaliate against.

But there is growing worry about whether it could use its control over EU critical infrastructure to exert additional pressure.

Physical infrastructure, like ports and airports, is “actually more on the liability side for the Chinese”, Kratz argued, because it could be seized or frozen by EU countries in a period of extreme geopolitical tensions.

The real concern is over digital and Europe’s dependency on Chinese technology.

“We have seen quite recently a disruption to the German railway system that seems to have been caused by a cyberattack. It’s not clear who carried it out but obviously, if China is inside the system, if it’s Chinese companies that are setting up some of these systems, then the opportunities for the Chinese government to install backdoors or even hidden switches are that much greater,” he said.

Given that Chinese companies have stakes in European electric grids as well as renewable energy fields and telecommunications systems, the potential for disruption could be huge.

But even if it were to lose its control over European ports and airports, China could still weaponise the data from these commercial hubs to inflict damage.

“Both a seaport and airport are part of a digital infrastructure. So whatever whatever containers go through the seaport terminal will leave plenty of data in that seaport. If you have proper access to it, you know what is in those containers, who has shipped it there, where it’s going to, what the logistical chain is,” Rühlig said.

“If the Chinese have a very proper understanding of what critical goods, the sort of the bottleneck of supply chains are, they may be well-equipped to have very targeted sanctions where they simply know that there may be five or seven producers of a critical good in Europe, but these five or seven producers might all rely on the same supply chain and then they simply need to cut off that one point to essentially put Europe into a very difficult situation,” he explained.

That is why the furore over the sale of a stake in a Hamburg port terminal to Cosco, China’s state-owned shipping company, made sense. Hamburg is the third-busiest port in Europe.

“In isolation, such an investment may look like a limited risk because what can you do with the data from one seaport if there are so many others? Not that much. But you get to a point where you have a critical mass and then I think if you combine them and all this data, it becomes the real risk,” Rühlig concluded.

‘The reverse is not possible’

So what is Europe doing about it?

A mechanism to screen foreign investments in the EU already exists, allowing countries to raise concerns over such investments in other member states. But ultimately, the EU state at the receiving end of that investment can dismiss these concerns and allow for it to proceed as this typically pertains to national security, which falls under the authority of governments.

This was the case in Hamburg, where German Chancellor Olaf Scholz backed the sale — albeit at a lower stake — despite concerns from other member states and the country’s own intelligence services.

“That’s something that could be tightened up to make it more difficult for countries to say ‘I know that my partners all think that this creates an additional vulnerability, but I don’t care, I’m just going to take the money’ because that does seem to me to be a risk,” Bond argued.

Another argument for a tougher mechanism is also the fact that critical infrastructure is increasingly cross-national and interconnected.

China was also the topic of a three-hour discussion among the 27 heads of state at their last gathering in Brussels last month to determine whether the bloc’s current strategy of considering Beijing a partner on certain issues such as climate change, as well as a competitor and a systemic rival, is still the right approach.

It was resumed as “the European Council held a strategic discussion on the European Union’s relations with China” in the conclusions released at the end of the summit — amounting to a single line in a nine-page document.

Still, there appears to be growing recognition that, just like with Russia, unity and solidarity will carry more weight, hence the criticism over Scholz’s trip to China on Friday, where he was accompanied by a business delegation.

“It gives us the impression that the focus really is economic engagement, economic cooperation, and I think we shouldn’t do (that) any more. That’s not the signal that we need,” Rühlig said.

Many more discussions and decisions will be needed however to properly formulate what is critical, and what is acceptable in terms of foreign ownership and reciprocity.

“We’re letting China invest in European critical infrastructure, yet China would never let a European company do the same,” Kratz underlined. “It is a signal we’re sending that is negative that we’re willing to accept these kinds of investment, but the reverse is not possible.” 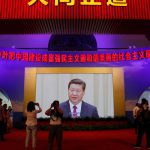 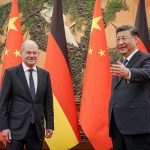 8 Types of Lightroom Presets to Create for Different Photography Styles

Which Web Scraping Tool Should You Use?
8 mins ago
Ex-NY Gov. Pataki returns to Ukraine with heating units, calls...
26 mins ago
Security guarantees for Russia are an ‘essential’ part of any...
1 hour ago