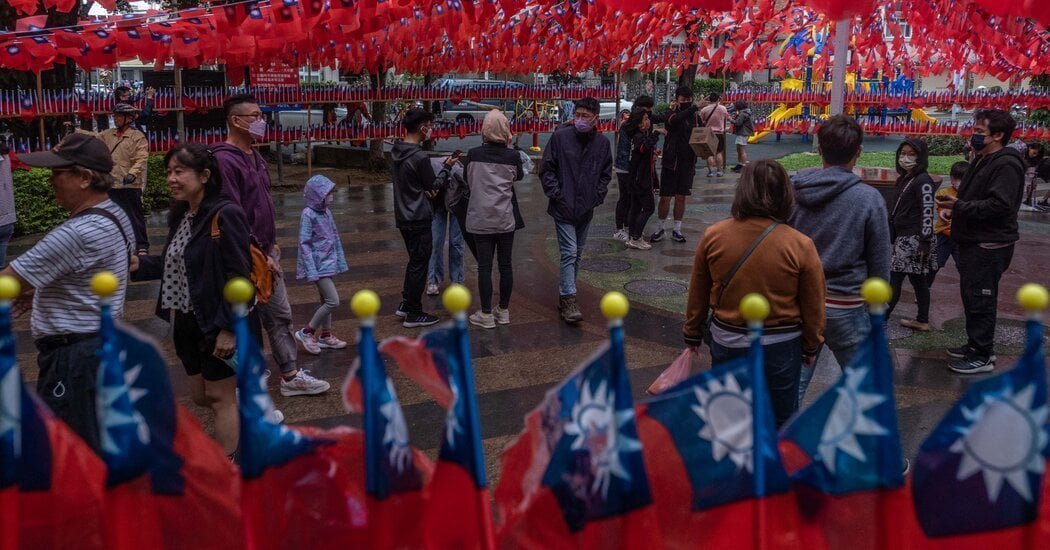 TAIPEI, Taiwan — To maintain diplomatic ties with Guatemala, Taiwan pays the country’s lobbyists in Washington. With its allies in the Pacific, Taiwan has promised to help preserve indigenous cultures, and to thank Lithuania, Taiwan’s newest unofficial ally, the government and local shoppers have embraced its imports, from lasers to bacon-flavored schnapps.

The fear of being swallowed by China — increasingly adamant in its authoritarian claims over the self-ruled democracy — focuses the diplomatic mind. Few places in the world can claim to be as scrappy with statecraft or as hungry for companionship as Taiwan today, and the effort goes beyond official channels. One digital diplomacy nonprofit has spread pro-Taiwan messages on social media worldwide through comics and product giveaways.

“Taiwan is now receiving more international attention than ever before,” said President Tsai Ing-wen in her address on Taiwan’s national day of October 10.

While it has fewer embassies than a decade ago, Taiwan now has more substantial ties with a wider range of nations.

“It’s a new trend, a new mode,” said Hsiao-ting Lin, curator of the Modern China and Taiwan collection at Stanford’s Hoover Institution. “They’re creatively thinking about ways to repackage or elaborate on what diplomacy means.”

The freewheeling approach has actually been around for decades — in the 1980s and ’90s, Taiwan’s diplomats and officials jumped on planes for golf games in foreign capitals. But the latest burst of diplomatic activity has been fueled by Taiwan seizing a moment of deepening insecurity, caused by China’s more vocal demands, and new opportunities for connection, created in part by the United States.

The contest between two superpowers increasingly seems to have Taiwanese characteristics.

Under the country’s top leader, Xi Jinping, China has made Taiwan more of a priority. In his opening speech at an important Communist Party meeting this week, where Mr. Xi is expected to secure a third term, he called unification “a natural requirement” and stressed that his government reserves the right to use “all measures necessary.”

The longer, written version of his speech also stated that China has strengthened its “strategic initiative for China’s complete reunification,” suggesting greater urgency for its future plans.

Secretary of State Antony J. Blinken said Monday that China is now operating on a “much faster timeline” to annex Taiwan, though neither he nor Mr. Xi provided dates of any kind.

Mr. Xi mentioned “foreign interference” in his speech as well — a sign for many that China is increasingly concerned about U.S. and international support for Taiwan, as evidenced by a flurry of visits and strong comments from many countries, including Canada, France, Japan and Australia.

“For the world, especially Western countries, Taiwan is a useful policy instrument to signal displeasure with China,” said Wen-Ti Sung, a political scientist with the Taiwan Studies Program at the Australian National University.

In Washington, Taiwan’s diplomats have grown closer to the White House and members of Congress from both parties, while Ms. Tsai promotes every meeting she has with visiting American officials and academics. Around the world, the Biden administration has also been trying to gather allies to deter Beijing, with a clear and oft-repeated message.

“The idea is ‘Don’t leave them isolated because that can lead to more problems down the road,’” said Bonnie Glaser, director of the Asia program at the German Marshall Fund. “Bring Taiwan in — to make it a part of the solution.”

Only a handful of nations officially recognize Taiwan as the Republic of China, a name used since 1912 and carried out of the Chinese Civil War in 1949 by the losing side on the escape to Taiwan. For decades, much of the world has been unsure about what to do with the self-governed island. These days, it is a magnet for international interest.

Taiwan’s foreign ministry budget released in September included a sizable increase because it expects to host 2,368 meetings with foreign guests in 2023 — 304 more than this year. That translates to more than six meetings per day, every day of the year.

This week, King Mswati III of Eswatini, one of Taiwan’s official allies, came to Taipei. Last week, Ms. Tsai hosted a lunch for Japanese officials and met with delegations from Canada and Washington. Two weeks ago, German parliamentarians were feted by Taiwan’s leaders.

“Across party lines, we want to have more exchanges with all countries,” said Alexander Huang, a top official with the opposition party, the Kuomintang. “No matter where, no matter who, we want it.”

Official allies have traditionally been seen as more valuable because in the United Nations and other international bodies, they can demand to have Taiwan included. China has refused to allow Taiwan into the World Health Organization, for example, because only nation states can be members, it says, and Taiwan is simply a breakaway province.

“One China,” with Taiwan, is Beijing’s policy — a policy the United States and most countries honor in word if not in deed. Taiwan’s allies reject that concept, which is why Mr. Xi has prioritized winning them over, usually with promises of development. Since President Tsai took office in 2016, eight countries have switched to China’s side, with 14 remaining.

Most of their embassies occupy a single office building in north Taipei. In the lobby, a silver board shows empty spaces where Nicaragua, Solomon Islands and a half-dozen others once announced their presence.

Some of the countries still there show no sign of budging, in part, their ambassadors say, because Taiwan supports important sectors, especially education and culture; in part because they come from small countries where personal ties with Taiwan are common.

Ambassador Andrea Clare Bowman of St. Vincent and the Grenadines said that when she arrived in Taiwan in 2019, Joseph Wu, the foreign minister, greeted her at the airport to accept her credentials — at 5 a.m.

“We have a friendship,” she said. “Diplomatic allies tend to speak of interests, but Taiwan has been with us since 1981.”

Taiwan’s more loosely affiliated friends — the 60 or so countries that have trade relations with the island — can be found a few miles away, in the office buildings near the Taipei 101 skyscraper that dominates the skyline. Lithuania is the newest arrival. Its offices are still being renovated, but in a nearby expo center, a government-sponsored trade group has set up a showroom of Lithuanian products.

Amber jewelry, chocolate, and a Lithuanian rum called Propeller — it’s all there, with QR codes linking to the products’ distributors. Winnie Chiang, 26, a former tour guide who works in the showroom, said hundreds of people have visited since it opened a few months ago.

“They want to support Lithuania,” she said.

In many ways, Lithuania is a case study in how Taiwan operates.

About a year ago, Lithuania attracted China’s wrath after rejecting a popular Chinese cellphone that included a censorship registry of 449 terms banned by the Chinese government. Beijing made it nearly impossible for many Lithuanian companies to sell their wares in China, so Taiwan hustled in, opening a de facto embassy last November. In January, Taiwan announced that it was setting up a $200 million fund to invest in Lithuania and the region, plus a $1 billion program to finance joint projects, including semiconductors.

Ever since, Taiwan’s government and people have rallied around Lithuania as if all 3 million of its citizens were K-pop stars. Stores have sold out of Lithuanian products. Some Lithuanians in Taiwan have reported that taxi drivers refused to let them pay.

Chiayo Kuo, 30, founder of the Taiwan Digital Diplomacy Association, a nonprofit helping Taiwan get its message out, said the response shows how eager Taiwanese people are to build international friendships.

To leverage that urge, she and her team of six multilingual employees have been producing social media content for countries where Taiwan is active, and training hundreds of volunteers in social media messaging so they can help keep Taiwan front of mind.

For example, before the recent election in Honduras, which has flirted with flipping its allegiance to Beijing, the association created a viral comic that showed Taiwan’s vice president with one of the presidential candidates and Vice President Kamala Harris on a bench eating baleadas, a stuffed tortilla that’s the national dish.

“The best baleadas should be shared among good friends,” said one popular tweet.

For Ms. Kuo, who is also working with Czech officials to prepare for a visit, Taiwan’s position in the world has been improving because traditional diplomacy and more informal approaches have been combined.

China has more money to offer, she said, so Taiwan must find other ways to build loyalty.

“We have to be more creative, and like, more adorable,” she said, laughing over dinner at a Czech restaurant. “We are trying to make friends, to make more friends.” 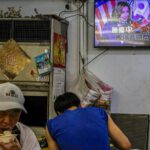 Gardening for a Friend