Home » ‘I made an honest mistake,’ Griner tells the court.
News

‘I made an honest mistake,’ Griner tells the court. 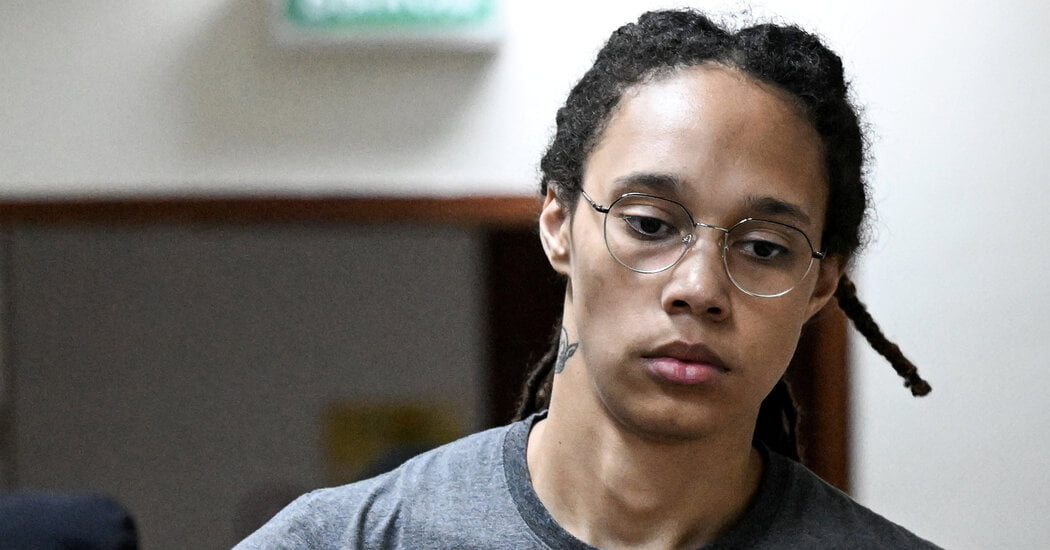 Brittney Griner offered a glimpse of her personal story while testifying in a Russian court on Thursday in a case in which she faces a possible sentence of up to 10 years in prison. Her legal team has appealed for leniency in the case, arguing that she has contributed to Russian society and that she did not intend to break the law.

“I grew up in a normal house, a normal household in Houston, Texas, with my siblings and my mom and my dad,” Ms. Griner, 31, told the court. “My parents taught me two important things: One, take ownership for your responsibilities and two, work hard for everything that you get. That’s why I pleaded guilty to my charges.”

“I understand everything that has been said against me in the charges against me, but I had no intent to break Russian law,” added Ms. Griner, who was detained in mid-February in a Moscow airport while on her way to Yekaterinburg, a Russian city near the Ural Mountains where she had been playing for a local team during the W.N.B.A. off season.

“I want the court to understand that it was an honest mistake that I made while rushing and in stress trying to recover post-Covid and just trying to get back to my team,” she told the court on Thursday.

“That hard work that my parents instilled in me is what had brought me to play for the best Russian team,” she said. “I had no idea that the team, the city, the fans and my teammates would make such a great impression on me over the six and a half years that I spent in Yekaterinburg. It became my second home with my friends, my teammates and my fans that I would always interact with.”

The basketball star apologized to her teammates on the Russian squad and the city of Yekaterinburg, her family and her fellow W.N.B.A. players, including her Arizona team, the Phoenix Mercury.

Addressing the judge in the case, Anna S. Sotnikova, Ms. Griner said, “I made an honest mistake, and I hope that in your ruling that it doesn’t end my life here.”

She also alluded to the possibility of a prisoner swap that would allow her to return to the United States, an issue that has been the subject of talks between Moscow and Washington, with pressure on President Biden to help secure her release.

“I know that everybody keeps talking about political pawn and politics, but I hope that that is far from that courtroom,” Ms. Griner said.