A lawmaker of the far-right Brothers of Italy party who sparked outrage after a newspaper published a picture of him wearing a swastika on his left arm in 2005, was named junior infrastructure minister on Monday.

Prime Minister Giorgia Meloni, who personally announced Galeazzo Bignami‘s appointment at a news conference, is the leader of Fratelli d’Italia or Brothers of Italy, a party which traces its roots to the post-fascist Italian Social Movement, MSI.

Bignami, 47, was elected last month to a second term in parliament.

The Bologna native and the son of lawyer Marcello Bignami — himself a far-right mainstay and former MSI representative — has long been part of the Italian radical right.

The photo in question shows Bignami in a Nazi uniform standing next to another man wearing an SS armband at a bachelor party.

The image has caused uproar in the past, most recently in 2021 when Bignami was banned from appearing at the Festa de l’Unità, the annual social-democratic festival in Italy organised by the centre-left Democratic Party.

He said in a statement on Monday that he felt “profound shame” for the pictures and firmly condemned “any form of totalitarianism,” calling Nazism and any movement connected to it “the absolute evil”.

“Since I have been in the Brothers of Italy, the controversies have been revived, creating a doubt that they are raised not to blame (me for my) individual conduct, but to damage the party to which I belong today,” Bignami said according to the Italian news agency ANSA.

Meloni — who Bignami said he knew for three decades in an interview with the daily newspaper Corriere della Sera in September — did not comment on the photo.

“I have always considered the (anti-Semitic) racial laws of 1938 the lowest point of Italian history, a shame that will taint our people forever,” she said in parliament.

Bignami will serve under the right-wing League party leader Matteo Salvini, who is the infrastructure minister and deputy prime minister. Italy’s fascist takeover: 100 years on, is the ideology still alive? 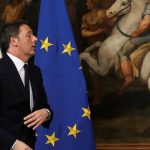 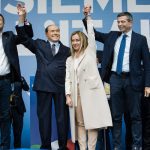 Italy is set for its 68th government in 76 years. Why such a turnover?
Share 0 FacebookTwitterPinterestLinkedinRedditEmail

How to Recover Lost Save Files on Pokémon Scarlet and...
31 mins ago
Former Brooklyn prosecutor cops to role in nationwide marijuana ring:...
48 mins ago
Your Monday Briefing: The Social Cost of ‘Zero Covid’
2 hours ago