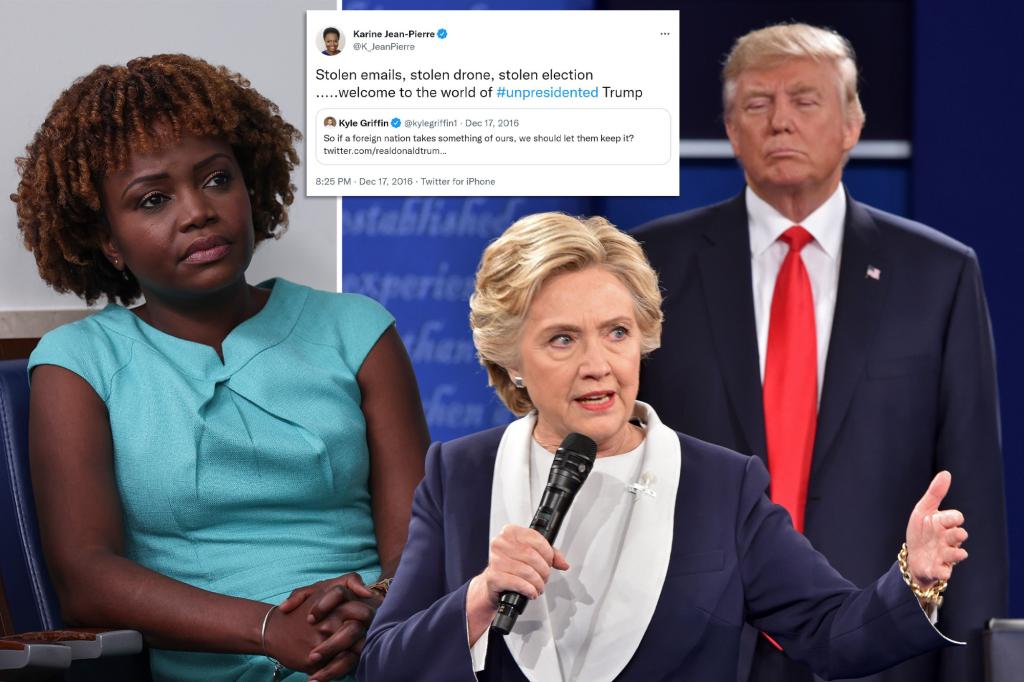 White House press secretary Karine Jean-Pierre claimed Tuesday it was “ridiculous” to compare her own denial of the legitimacy of Republican election wins in 2016 and 2018 to former President Donald Trump’s “extreme” rejection of his 2020 loss.

Jean-Pierre initially attempted to laugh off the inquiry from Fox News correspondent Peter Doocy, saying that she had long expected a question about her undeleted 2016 tweet bemoaning Hillary Clinton’s loss in a “stolen election” and her 2020 tweet telling followers that GOP Georgia Gov. Brian Kemp “stole the [2018] gubernatorial election from Georgians and [Democrat] Stacey Abrams.”

“In trying to understand the new attention on ‘MAGA Republicans’, you tweeted in 2016 Trump stole an election —,” Doocy began.

Jean-Pierre interjected, “I knew you were going to ask me that question.”

“Let’s be really clear, that comparison that you made is just ridiculous,” Jean-Pierre insisted.

When Doocy pressed Jean-Pierre on how she could say the comparison was “ridiculous,” she said that in the Georgia race “I was talking specifically at that time of what was happening with voting rights and what was in danger, of voting rights.”

“Let’s not forget what happened on Jan. 6, 2021. We saw an insurrection, a mob that was incited by the person who occupied this campus, this facility at that time,” Jean-Pierre went on. “And it was an attack on our democracy. Let’s not forget people died that day. Law enforcement were attacked that day.”

“That’s what the president has called out. And that’s what he’s going to continue to call that. So yes, when you have MAGA Republicans, an extreme part of Republicans who just deny or do not want to really say what exactly happened on that day, or say it was a protest when it clearly was not a peaceful protest — that’s not what we saw on that day — yes, the president is going to call that out.”

The press secretary was also pressed Tuesday for clarity on who exactly is the target of Biden’s new focus on “MAGA Republicans” — which was featured in a Thursday primetime address in Philadelphia as part of an apparent effort to refocus the November midterms on Trump rather than issues such as high inflation and rising rates of violent crime and illegal immigration.

“One of the first times he actually used that term was to talk about [Florida Sen.] Rick Scott’s plan, which was to your point using an agenda that they had, which was to put Medicare and Social Security on the chopping block. And for him, that was an extreme measure.”

She added: “You have leaders in the Republican Party who are offering an extreme, extreme agenda. And so that’s what he means.”

Biden and Jean-Pierre have attempted to delineate between Trump and his allies and supporters of the 45th president in general after making initially vague attacks on “MAGA Republicans” — a reference to Trump’s Make America Great Again slogan.

Jean-Pierre last week labeled people who don’t agree with the majority of Americans as “extreme” and Biden broadly condemned “MAGA Republicans” as a “threat to this country” and “the very foundations of our republic.”

On Friday, Biden sought to walk back his rhetoric, saying he wasn’t attacking the more than 74 million people who voted for Trump in 2020 — or those who may vote for him in 2024 if he runs again.

“Come on, look, guys, you keep trying to make that case. I don’t consider any Trump supporter to be a threat to the country,” Biden said Friday.

“I do think anyone who calls for the use of violence, fails to condemn violence when it is used, refuses to acknowledge when an election has been won, insists upon changing the way in which they can count votes, that is a threat to democracy.”

Last month, however, Biden said at a fundraiser in Maryland that support for Trump amounted to “semi-fascism.”

“What we’re seeing now is either the beginning or the death knell of an extreme MAGA philosophy,” Biden said. “It’s not just Trump, it’s the entire philosophy that underpins the — I’m going to say something, it’s like semi-fascism.” 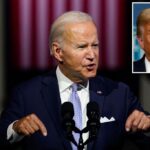 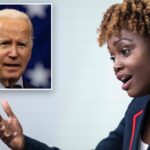 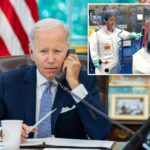 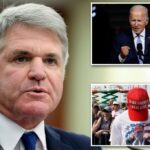 ‘Yellowstone’ Season 5: Everything to Expect