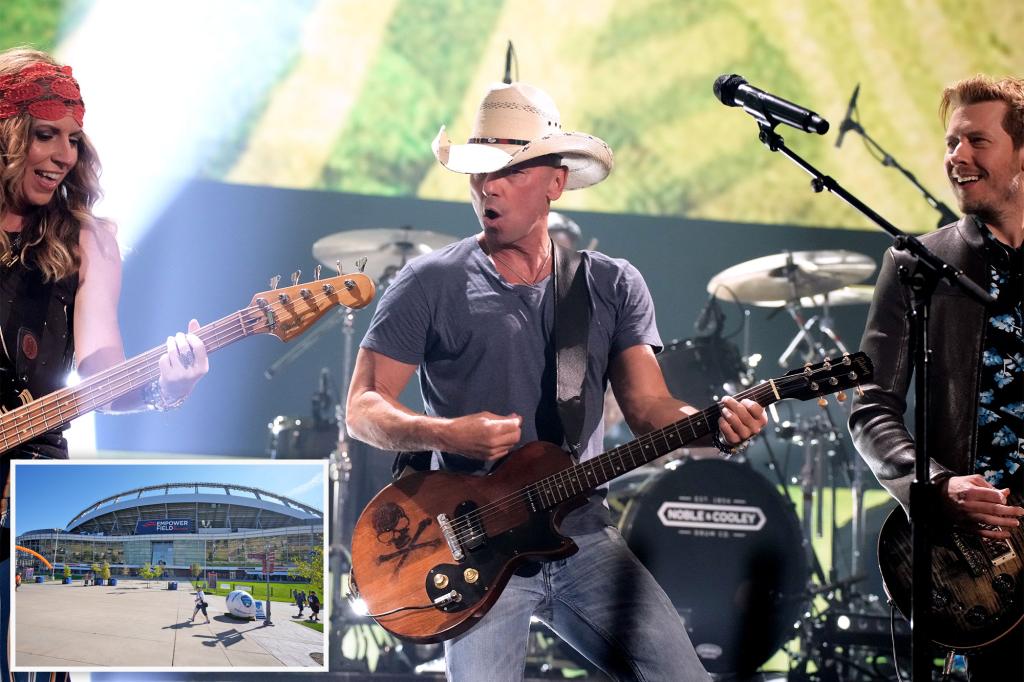 Country star Kenny Chesney said he’s “devastated” after a fan died falling from an escalator during his concert at the Empower Field at Mile High in Denver, Colo.

The woman, who is yet to be identified, fell to the concourse below just before 11 p.m. during Chesney’s latest stop on the “Here and Now” tour on Saturday, The distance of the drop is unknown at this time.

The incident is being investigated as an accidental death, Denver Police Department confirmed to The Post.

“I was devastated to learn of the loss of someone after our show,” the “American Kids” hitmaker told The Denver Post in a statement. “There had been so much joy, so much heart coming from the people of Denver last night — and to hear this is heartbreaking.”

“Life is precious. Sharing music brings us together and that love we share makes us so much more. For the lady who came to share that love, there are no words. For her friends and family’s loss, I grieve with them and for them”

The identity of the woman will be released by the Office of the Medical Examiner, Denver Police Department told The Post.

On Saturday, Denver police tweeted they were “conducting an outside death investigation” at Empower Field.

“An adult female guest at Empower Field at Mile High was sitting on an escalator railing, fell to the concourse below, and died as a result of the injuries,” they said in a tweet.

“To my understanding, there was none of that, it was just an accidental fall, I don’t think anyone pushed her or anything like that,” police spokesman Nate Magee told the outlet.

Empower Field at Mile High, where Chesney performed, released a statement on Twitter following the tragedy.

“We extend our deepest sympathies to the loved ones of the woman involved in the tragic incident that occurred at the end of Saturday’s concert at Empower Field at Mile High,” the statement read.

“There is nothing more important than the safety of our guests, and Stadium Management Company is in communication with the Denver Police Department as it investigates this unfortunate situation.”

The accident comes just weeks since a fan plunged to his death from an escalator after The Weeknd’s tour-opening show in Philadelphia on July 14.

The concertgoer suffered head trauma after falling about 40 feet at Lincoln Financial Field, the Philadelphia Police Department confirmed to The Post.

Following an investigation, police told the outlet that the man’s fall appears to have been accidental.